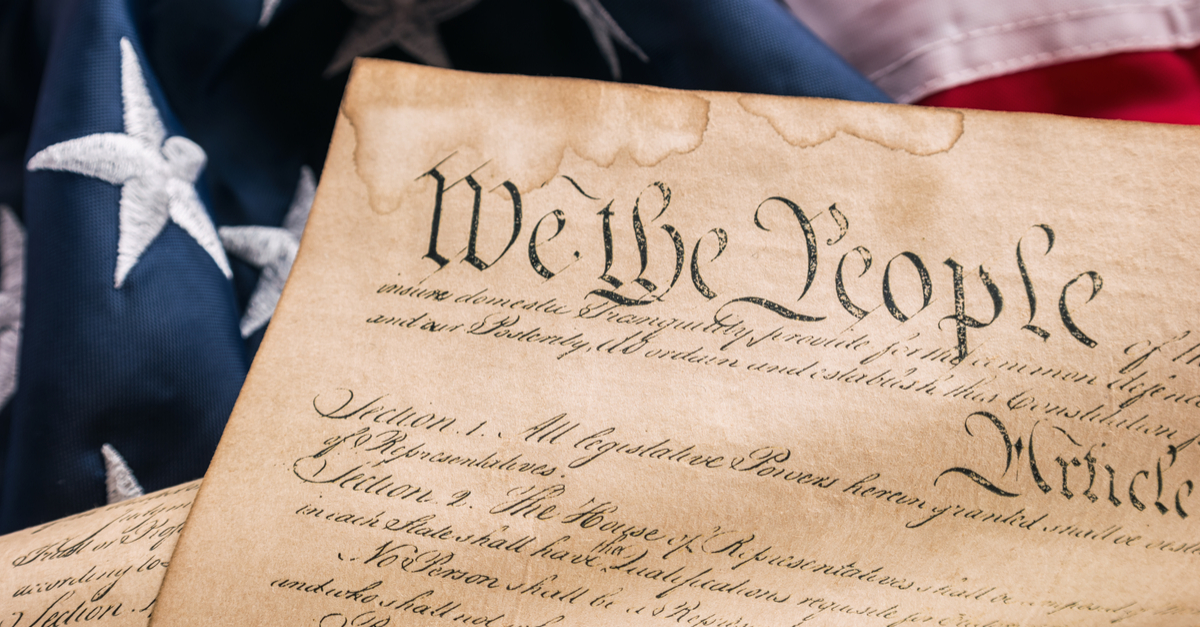 “The Constitution,” George Washington once said, “is the guide which I will never abandon.” Americans have continued to uphold that sentiment ever since.

The Constitution of the United States has existed as “the supreme law of the land” for more than two centuries, making it the oldest written constitution in the world. During that time, the American people have remained mostly loyal to its original precepts, while also accounting for various changes through the introduction of 27 amendments.

The quiz below, from the Ashbrook Center at Ashland University, Ashland, Ohio, provides an opportunity for you to test your knowledge of the U.S. Constitution as we celebrate Constitution Day and the 230th anniversary of its signing on Sunday. Sept. 17, 1787.

1. Under the original Constitution, the president was elected by:

A. Direct vote of the people of the United States

B. Electors chosen by the Congress of the United States

C. Electors chosen in each state by a means specified by the state legislature

D. He was not elected, but appointed by members of the House and Senate voting together

A. A number to be determined by Congress, based on population

B. Between one and 11 from each state, depending on population

C. Two from each state

3. In the original Constitution, the number of justices on the Supreme Court is:

D. The Constitution does not specify the number of justices

4. The minimum age for a member of the U.S. Senate is:

D. The Constitution does not specify a minimum age

5. Which state was the first to ratify the U.S. Constitution?

6. In the original Constitution, how many references are there to “slaves” or “slavery”?

7. The Declaration of Independence includes four references to God. How many are there in the original U.S. Constitution?

8. What is the only part of the U.S. Constitution that cannot be amended?

A. The requirement that the president must be a natural born citizen

B. The provision forbidding state governments from passing laws impairing the obligation of contracts

C. The requirement that each state has equal representation in the Senate

D. Everything can be amended

9. Only one delegate from the state of New York ended up signing the Constitution. Who was it?

10. According to the Constitution, the vice president serves as president of:

Jason W. Stevens is visiting assistant professor of political science and history at Ashland University and co-director of the Ashbrook Center’s Ashbrook Scholar Program. He wrote this for InsideSources.com