Mayor Wants This Thanksgiving to Go to the Dogs (and Cats Too!) 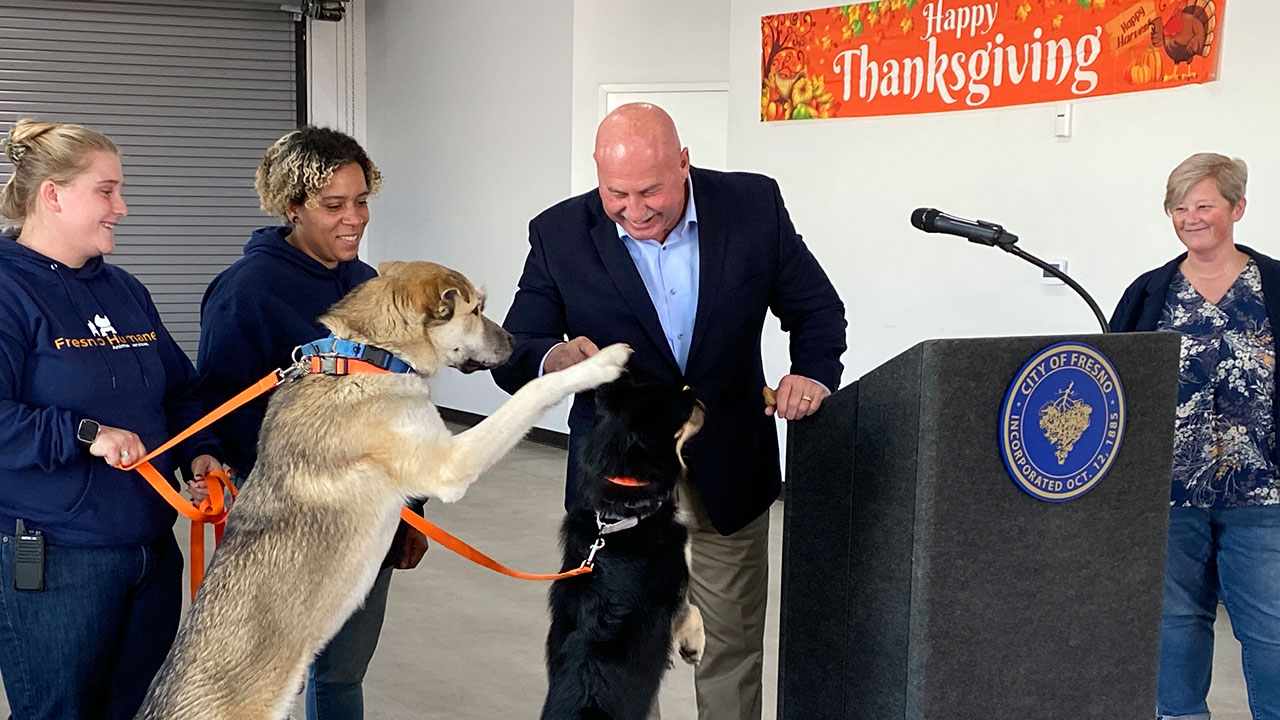 Mayor Jerry Dyer is popular with the dogs at the Fresno Animal Center. (GV Wire/David Taub)
Share with friends

Just four months after its summer opening, the new Valley Animal Shelter is at capacity.

The shelter, just north of Fresno Yosemite International Airport, is at its limit of 360 cats and dogs.

On Tuesday and Wednesday, the shelter (5277 E. Airways Boulevard) will foster out dogs (and cats) to families that want to take them. Getting out of the car is not even necessary. The event runs from 10 a.m. to 4 p.m.

“It’s a really good time to do this during the Thanksgiving holiday because we know that there are going to be families coming together. There’ll be more people to interact with the dog. And again, it will be a healthy environment for these dogs,” Dyer said.

Foster parents will be provided with a dog collar, leashes, and of course, doggie treats.

Fresno Humane Animal Services runs the shelter under a contract with the city of Fresno. Since its opening, the shelter has taken in more than 3,300 cats and dogs, mostly strays, Dyer said.

Animals staying in a shelter too long can experience health and behavioral issues, Dyer said.

“Animal centers are not designed to hold animals for a long period of time. It’s like a hotel or a motel. It’s for short stays,” Dyer said.

Dyer said adoptions are down this year. He said the city will engage in outreach efforts to rehome more pets.

“We’re full with intakes. We really just implore the public to come help us. We know that most of the dogs in our center have had a home. And so we’re always looking for their people to come get them. And we’re looking for fosters and adopters to just keep helping us save more animals every day,” Sally Breyer with the animal shelter said.