Local Nonprofit Stages a 'Day of the Dead' Worth Remembering

Fresno residents commemorated residents who died of domestic violence or in cycling/pedestrian accidents with a “Día de Los Muertos” celebration.

“So we are here remembering,” said Marlene Miranda of Cultiva La Salud. “We have two altars, one dedicated to victims of domestic violence and another to remember those who have passed away due to bicycle accidents or people walking that got ran over.”

Deiglis Delgado, who is a project coordinator with Cultiva La Salud and the nonprofit Mujeres Poderosas, advocates for Latina immigrants who experience domestic violence.

She says that research indicates one in three Latinas suffers from domestic violence during their lifetime.

“These are big numbers and not just that, but there are a lot of people who don’t report those cases,” said Delgado. “We work in domestic violence prevention, and this is why we came to commemorate people who have passed away.” 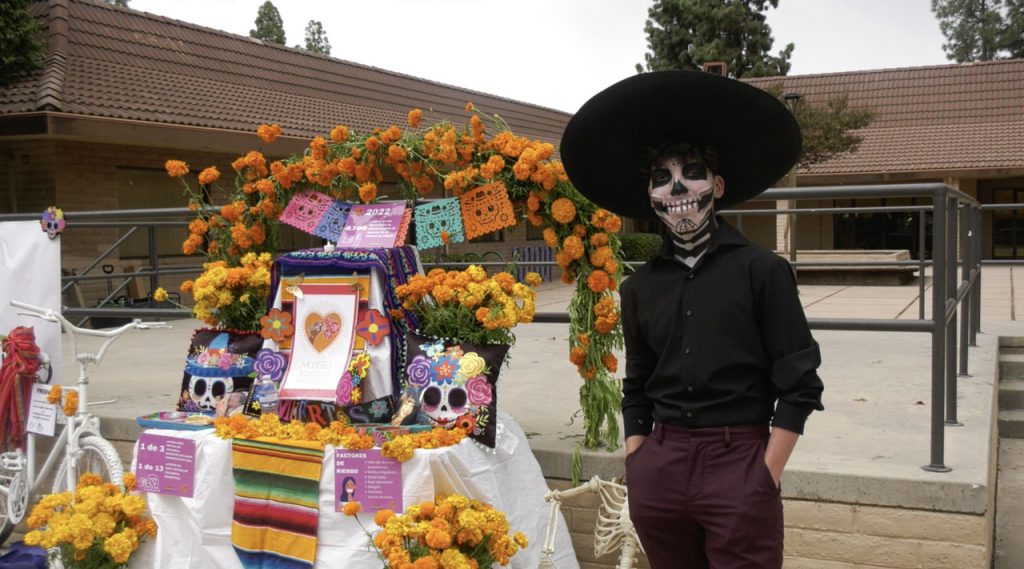 At Wednesday’s “Day of the Dead” event at the Sal Mosqueda Community Center, this altar was dedicated to domestic violence victims. (GV Wire/Jahz Tello)

Ghost Bikes Memoralize Those Killed on the Streets

Miranda said that because of the frequent pedestrian and cycling fatalities in Fresno, residents were encouraged to participate in a bike ride and walk that emphasized safety.

She hopes that the attention generated Wednesday will convince local leaders to install more bike lanes and remake neighborhoods to promote safe walking.

Event organizers also handed out bicycle helmets to those who needed them.

“They were provided with a free helmet here and also a brief description of how to wear a helmet and the safety reasons of why we wear a helmet,” said Miranda. 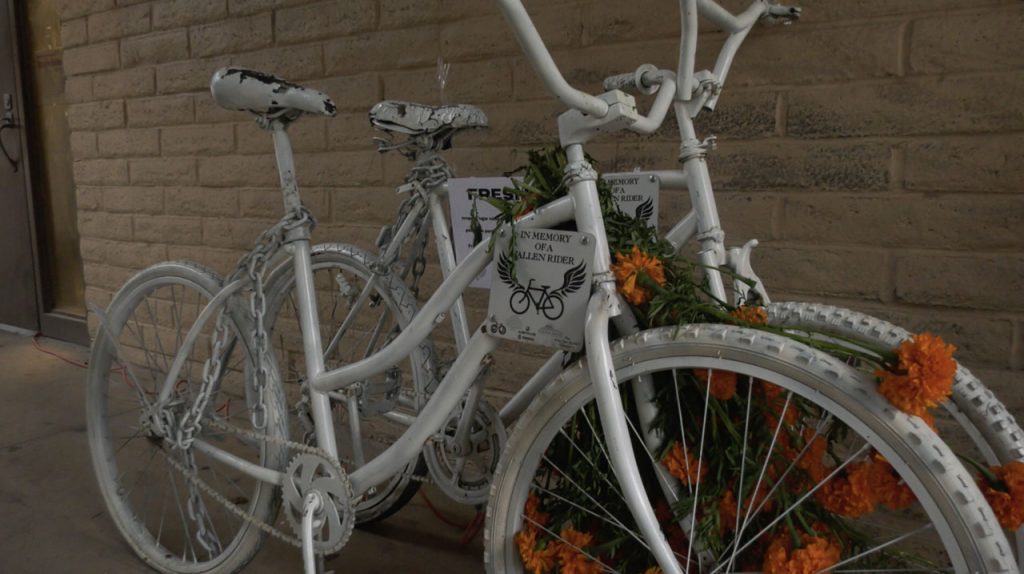 Other activities included making sugar skull decorations and face painting for the kids.

“They were able to select Día de Los Muertos or if they wanted a unicorn, I saw a Hulk back there, a snake, a dragon. So whatever the kiddos wanted,” said Miranda. “Kids love getting face-painted and sometimes with low-income families because of their financial situation, they’re not able to get all their kids face-painted. So this is something they look forward to.” 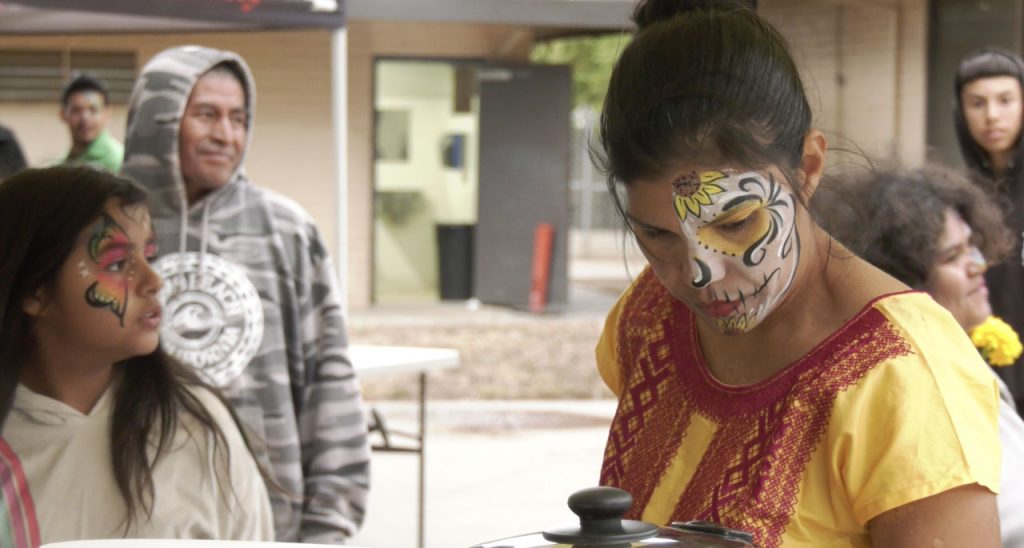 Face painting was a popular activity during the Day of the Dead event. (GV Wire/Jahz Tello)