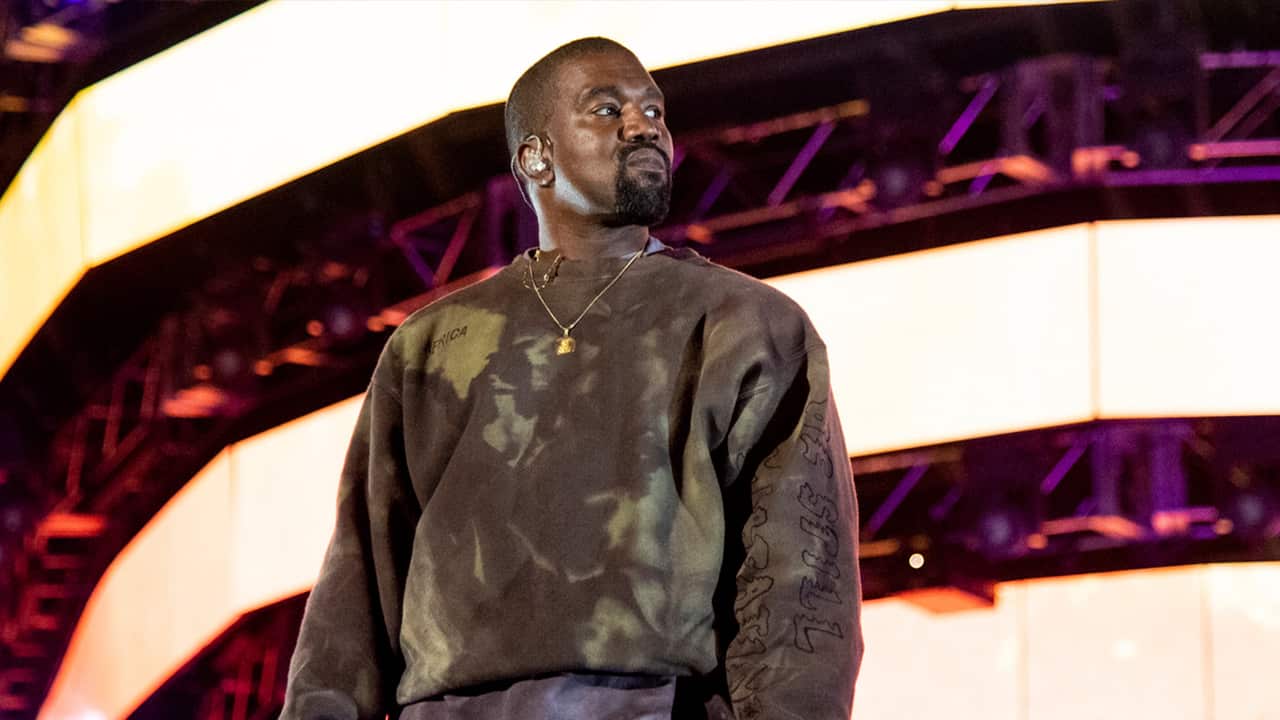 Adidas is no longer partnered with the rapper Ye, formerly known as Kanye West. (AP file photo)
Share with friends

NEW YORK — Adidas ended its lucrative partnership with the rapper formerly known as Kanye West over his offensive and antisemitic remarks, which drew widespread criticism from Jewish groups, celebrities and others on social media who said the German sportswear company was being too slow to act.

The sneaker giant became the latest company to cut ties with Ye, who was suspended from Twitter and Instagram this month over antisemitic posts that the social networks said violated their policies. The outcry swelled after demonstrators on a Los Angeles overpass unfurled a banner Saturday praising Ye’s antisemitic comments.

Adidas said it expected to take a hit of up to 250 million euros ($246 million) to its net income this year from the decision to immediately stop production of its line of Yeezy products and stop payments to Ye and his companies.

“Adidas does not tolerate antisemitism and any other sort of hate speech,” the company said in a statement Tuesday. “Ye’s recent comments and actions have been unacceptable, hateful and dangerous, and they violate the company’s values of diversity and inclusion, mutual respect and fairness.”

But Jewish groups, noting Adidas’ past links to the Nazi regime, said the decision was overdue. The World Jewish Congress noted that during World War II, Adidas factories “produced supplies and weapons for the Nazi regime, using slave labor.”

“I would have liked a clear stance earlier from a German company that also was entangled with the Nazi regime,” Josef Schuster, president of the Central Council of Jews in Germany, the main Jewish group in the country where Adidas is headquartered.

For weeks, Ye has made antisemitic comments in interviews and social media, including a Twitter post earlier this month that he would soon go “death con 3 on JEWISH PEOPLE,” an apparent reference to the U.S. defense readiness condition scale known as DEFCON.

The rapper has alienated even ardent fans in recent years, teasing and long tinkering with albums that haven’t been met with the critical or commercial success of his earlier recordings. Those close to him, like ex-wife Kim Kardashian and her family, have ceased publicly defending him after the couple’s bitter divorce and his unsettling posts about her recent relationship with comedian Pete Davidson.

Ye has told Bloomberg that he plans to cut ties with his corporate suppliers. After he was suspended from Twitter and Facebook, Ye offered to buy conservative social network Parler.

An email message sent to a representative for Ye was not immediately returned.

Adidas, whose CEO Kasper Rorsted is stepping down next year, said it reached its decision after conducting a “thorough review” of its partnership with Ye, whose talent agency, CAA, as well as Balenciaga fashion house had already dropped the rapper.

“It’s a hugely profitable, edgy brand association,” Adamson said. “The positives are so substantial in terms of the audience it appeals to — younger, urban, trendsetters, the size of the business. I’m sure they were hoping against hope that he would apologize and try to make this right.”

But Adamson noted that Adidas was facing pressure from everywhere including customers, employees and stakeholders.

“There’s the short-term profits of selling shoes, and then there is the long-term equity of the Adidas brand,” he said.

In the hours before the announcement, some Adidas employees in the U.S. had spoken out on social media about the company’s inaction.

Sarah Camhi, a director of trade marketing at the company who described herself as Jewish, said in a LinkedIn post that she felt “anything but included” as Adidas “remained quiet; both internally to employees as well as externally to our customers” for two weeks after Ye made his antisemitic remarks.

The rapper, who has won 24 Grammy Awards, has been steadily losing audience on radio and even his streaming numbers have declined slightly over the last month. According to data provided by Luminate, an entertainment data and insights company whose data powers the Billboard music charts, his airplay audience has slipped from 8 million in the week ending Sept. 22, to 5.4 million in the week ending on Oct. 20. The popularity of his songs on streaming on demand also went down in the same period, from 97 million to 88.2 million, about a 9% drop.

Ye has earned more of a reputation for stirring up controversy since 2016, when he was hospitalized in Los Angeles because of what his team called stress and exhaustion. It was later revealed that he had been diagnosed with bipolar disorder.

He recently suggested slavery was a choice and called the COVID-19 vaccine the “mark of the beast,” among other comments. He also was criticized for wearing a “White Lives Matter” T-shirt to his Yeezy collection show in Paris.

MRC studio announced Monday that it is shelving a complete documentary about the rapper. JPMorganChase and Ye have ended their business relationship, although the banking breakup was in the works even before Ye’s antisemitic comments.

Gap said Tuesday that it is also taking immediate steps to remove Yeezy Gap product from its stores and has shut down yeezygap.com in light of West’s comments. The clothing retailer said that in September it was ending their relationship but at the time, it said that it planned to continue to sell Yeezy Gap products that were in the pipeline.

Jewish groups have pointed to the danger of the rapper’s comments at a time of rising antisemitism. Such incidents in the U.S. reached an all-time high last year, the Anti-Defamation League said in a letter to Adidas last week urging it to break with Ye.

“This is a very positive outcome,” he said in a statement Tuesday. “It illustrates that antisemitism is unacceptable and creates consequences.”

The saga of Ye, not just with Adidas but with brands like Gap and Balenciaga, underscores the importance of vetting celebrities thoroughly and avoiding those who are “overly controversial or unstable,” said Neil Saunders, managing director of GlobalData Retail.

“Companies or brands that fail to heed this will get stung, especially if they become overly reliant on a difficult personality to drive their business,” Saunders said.