Dems' Criticism of DA Smittcamp Is Straight From Trump Playbook 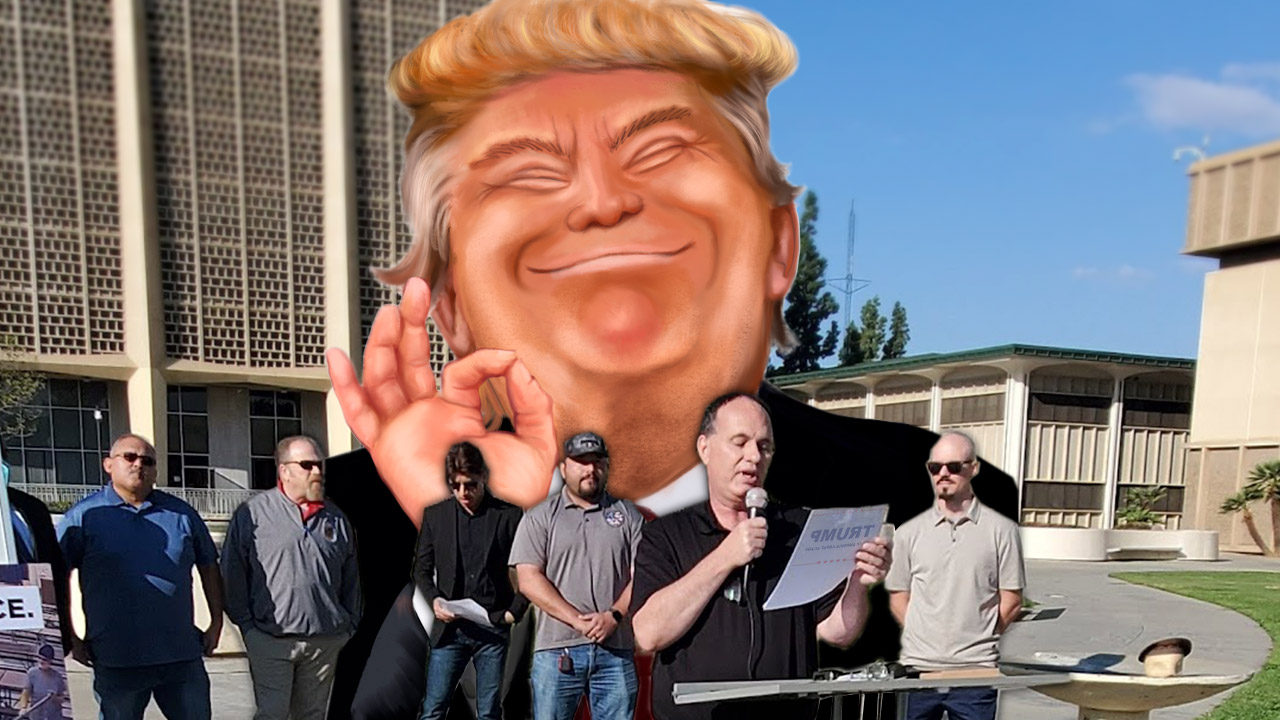 If you can’t beat them at the ballot box, impugn their integrity.

The local party held a news conference Wednesday morning in front of the criminal courthouse to complain about District Attorney Lisa Smittcamp’s integrity.

They questioned her ethics, favoring “weaponizing” — a term that came up three times — to describe the way she goes after Democrats, but gives Republicans a pass.

Obviously, local Dems are trying to brand “weaponizing” — just as Trump branded “lock her up” when attacking Hillary Clinton.

The Democrats say they want state Attorney General Rob Bonta to investigate Smittcamp for going after Dem politicians and ignoring alleged wrongdoing by Republicans. But, specifics were lacking — a fact that won’t be lost on Bonta’s office.

So why call a news conference?

“We are confident that the Public Integrity Unit operates independent of partisan politics, and its filing decisions are based solely on the facts of the case, the applicable law, and our ability to prove the case beyond a reasonable doubt. Furthermore, we welcome any investigation into the practices of our Public Integrity Unit,” a news release from Smittcamp’s office said.

The news release also noted an increase in complaints “by members of our community, of all political stripes, to advance their own personal objectives or to attack perceived opponents.”

Metrics on how many complaints the PIU receives, or the adjudication of cases, were not readily available.

Where Were the Actual Dems With Grievances?

No Democrats with actual grievances against Smittcamp — Fresno City Councilmen Miguel Arias and Nelson Esparza, nor Assemblyman Joaquin Arambula — showed up, although Arias was watching from the sidewalk by the end of the newser.

No one from the central committee was there either. Chairman Ruben Zarate was out of the country, it was explained. The group’s office manager Andy Hansen-Smith was the designated spokesman. He’s best known in town for his Twitter play-by-play of Fresno City Council and Board of Supervisor meetings.

“Lisa Smittcamp has weaponized the unit to open up bogus investigations in order to put out statements that would have the public believe those being investigated are already presumed guilty before the trial begins,” said Hansen-Smith.

Twenty-four hours earlier at the same location, Esparza appeared for his arraignment — he did not enter a plea — for allegedly attempting to extort the city attorney. This case is being prosecuted by Smittcamp’s Public Integrity Unit.

Arias, though, has not been shy about criticizing Smittcamp. He was in the courtroom, supporting Esparza.

“I think Council President Esparza is the latest victim of a biased district attorney who’s choosing to weaponize her office to attack Democrats who she can’t beat in the ballot box,” Arias said as he left the courthouse.

On the city council dais, Arias has personally attacked Smittcamp, making insinuations that were out-of-bounds.

Arias was once investigated for not living where he was supposed to when running for office. He was cleared.

When right-wing raiders literally stormed his doorsteps in May 2020, Arias got physical to defend his family. Police cited him, but Smittcamp declined to prosecute.

When there were allegations that Arias and his city council colleagues violated the state’s open meeting law, Smittcamp investigated them and cleared them publicly in a news release.

The Case of Joaquin Arambula

Another example given of Smittcamp’s alleged unfair treatment dealt with charging Arambula with child abuse in 2019. However, it was not the Public Integrity Unit that prosecuted the case, rather the unit that deals with child abuse.

A jury acquitted Arambula in the highly publicized case.

Arambula had no comment on the party’s vote to condemn Smittcamp.

If You Can’t Beat Them…

Labor leader Dillon Savory also spoke at the news conference. He said Smittcamp the candidate was someone he could support. But, he said, Smittcamp the district attorney changed.

After winning a competitive election to unseat incumbent Elizabeth Egan, a fellow Republican, in 2014, Smittcamp did not have a challenger in 2018 or this year.

Why did neither the Democrats nor labor support another candidate?

“Oh, come on. You’ve been around long enough to know that there is no county official that has lost an election besides her boss (Egan) in, like, the last 25 or 30 years. You, in this community, cannot beat the Republican power structure at the county-wide level because the races are too big to walk and get people out. It’s too expensive for any county-wide office,” Savory said.

Not even a $30,000 campaign contribution limit makes unions think they can take on Smittcamp.

Savory also said people are afraid to run against Smittcamp because they do not want to be “targeted.” 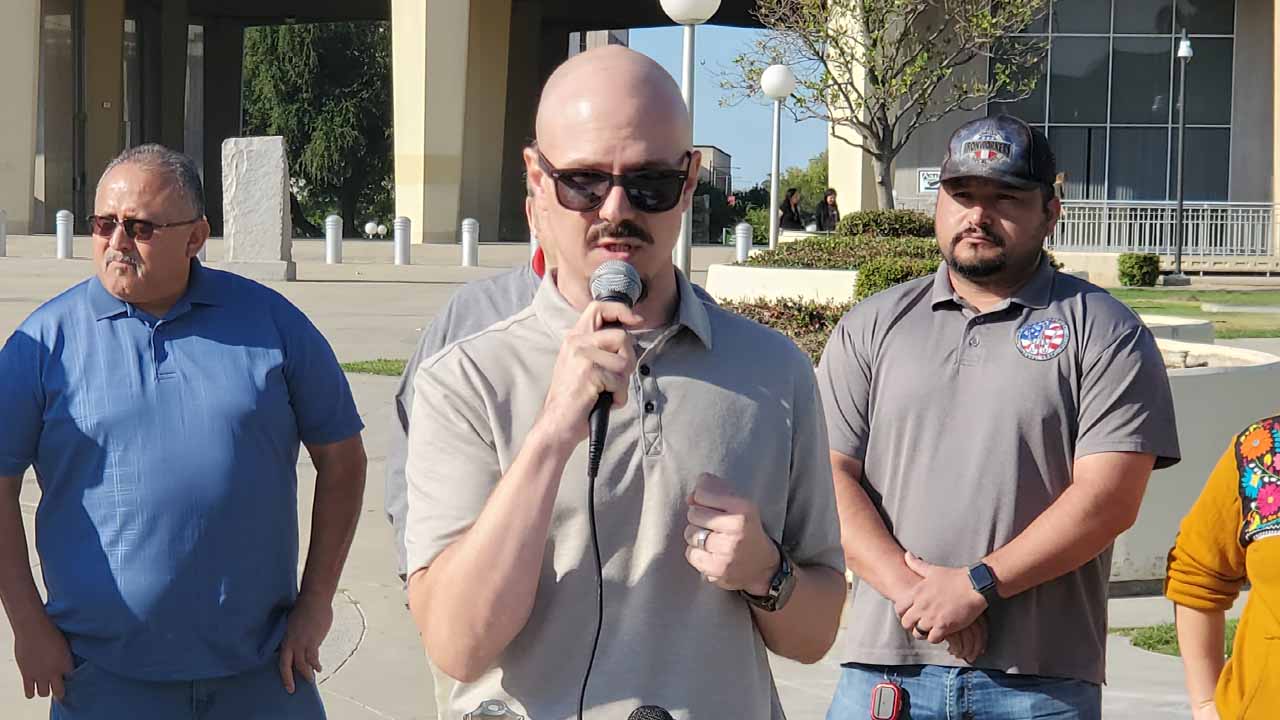 What Does the Principal Have to Do With It?

Two images of adults getting physical with students on Fresno Unified campuses were displayed at the news conference. The first was a 2019 incident with Trustee Terry Slatic yanking the backpack off a student; the second was from June when then-Wolters Elementary principal Brian Vollhardt shoved a student.

The Democrats used Slatic as an example of a Republican — even though he is registered as an American Independent and campaign finance records show no contributions between him and Smittcamp — benefitting from the district attorney’s alleged bias.

Slatic was never charged. Vollhardt, who is not an elected leader, was charged with child abuse.

Vollhardt is registered as a Republican.

No one at the news conference could explain what one incident had to do with the other. 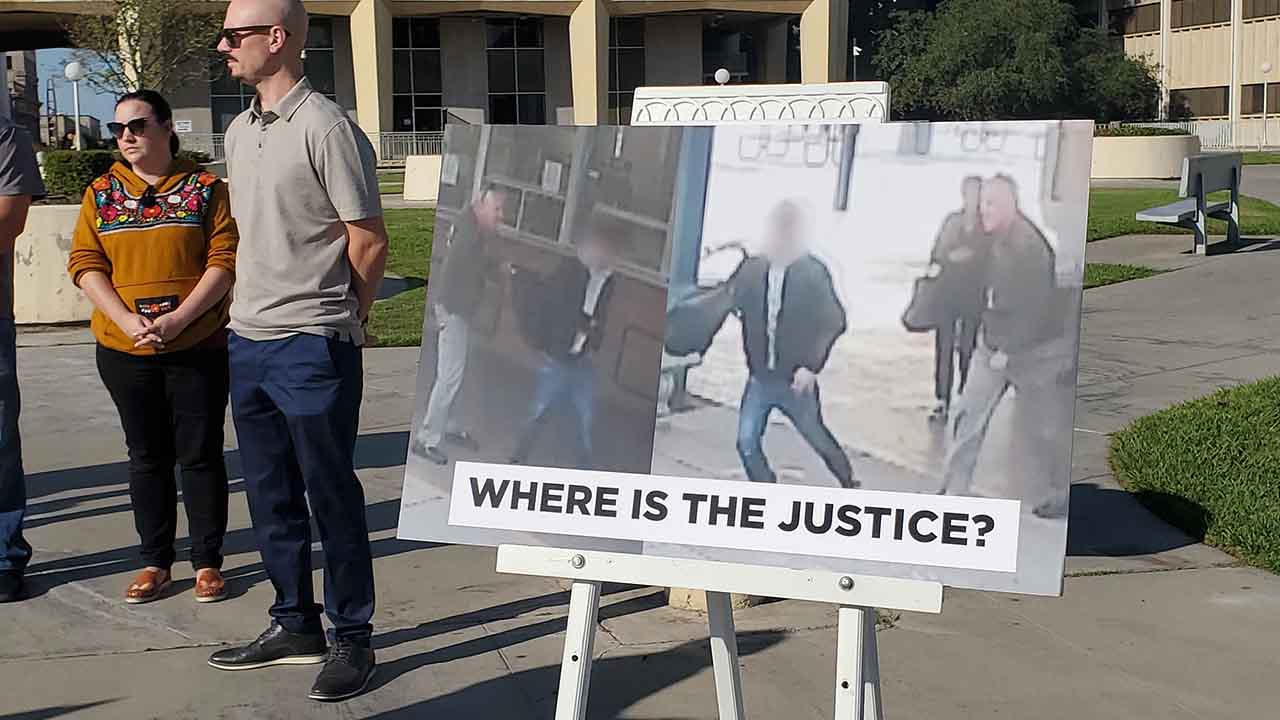 An incident from 2019 involving Fresno Unified Trustee Terry Slatic (above) was compared to an elementary school principal’s striking of a special needs student (below) on June 7 of this year during a Fresno Democratic Party news conference on Wednesday, Sept. 21, 2022. (GV Wire/Jahz Tello) 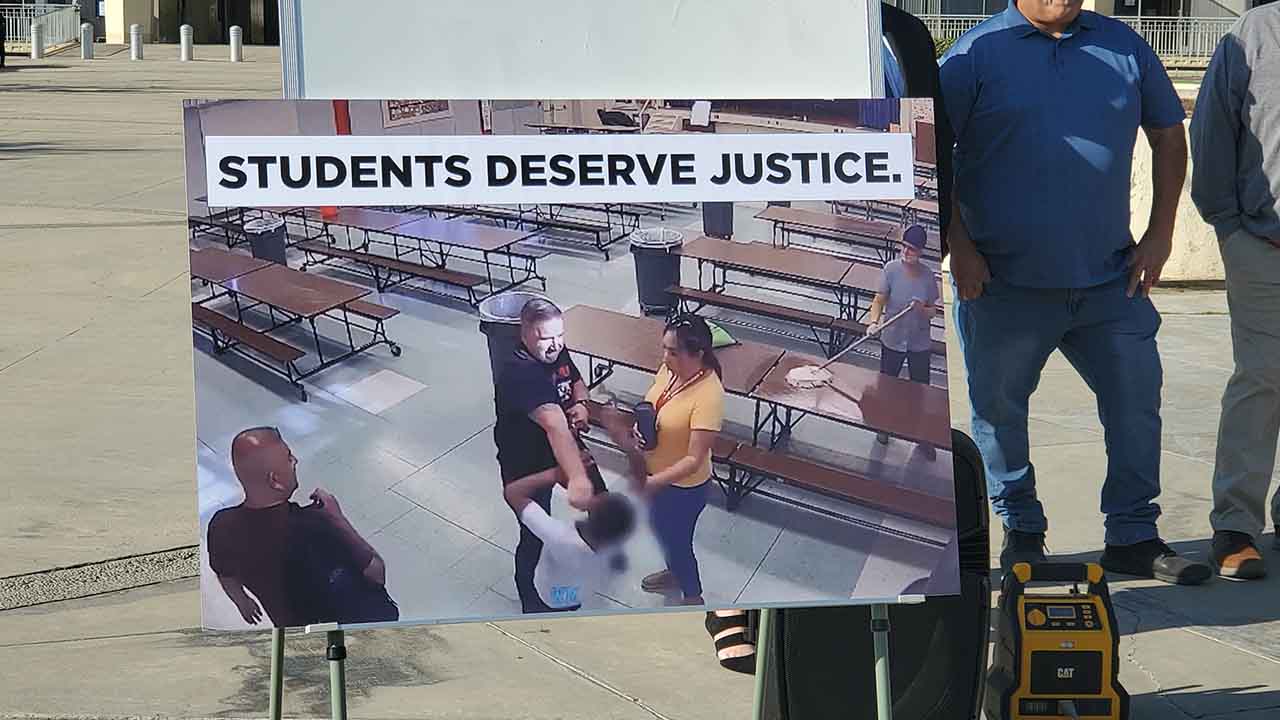