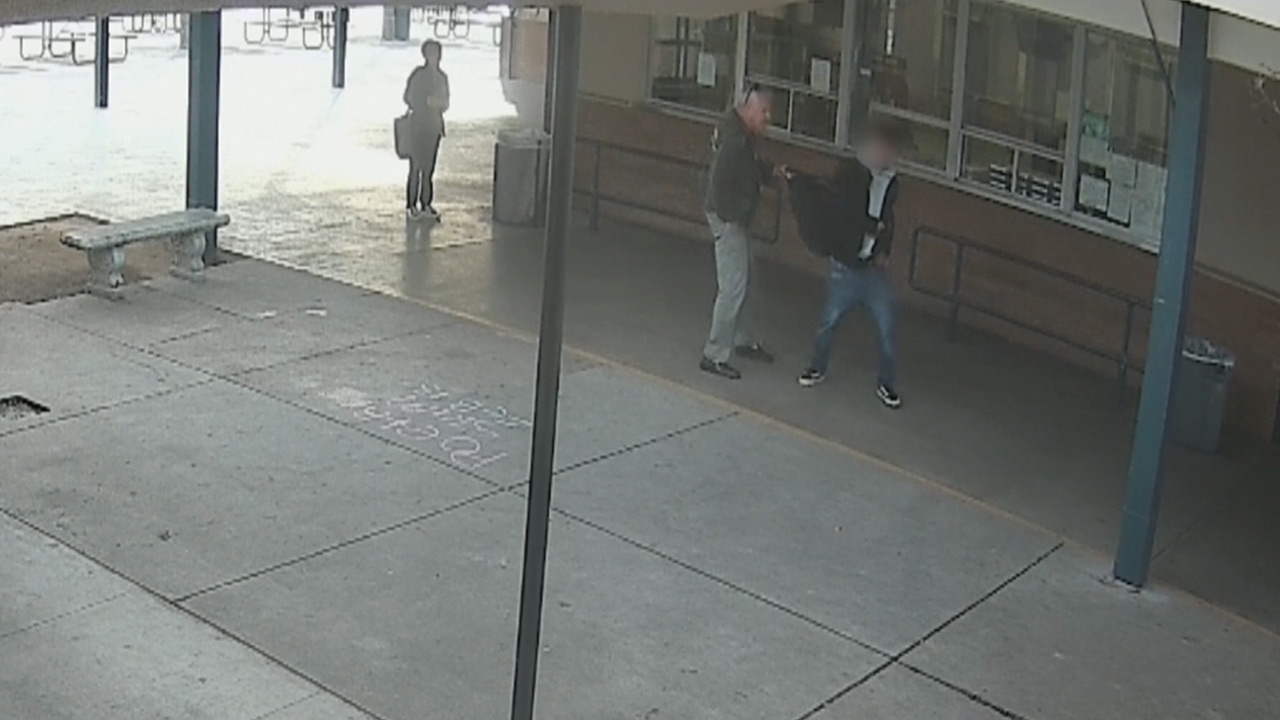 Fresno Unified School District released security camera video Wednesday morning of a confrontation involving a male student, trustee Terry Slatic and his aide, Michelle Asadoorian, on Friday, Jan. 11, at Bullard High School.
In an interview with GV Wire on Monday, Slatic said that the student directed profanities at him and his aide and threatened to kill them.
The video shows a brief struggle for the student’s backpack, with Slatic grabbing hold of the backpack and placing it on the ground. After a pause, the student picks up the backpack and runs off.
The student’s face is blurred in the video to protect his identity because he is a minor. There is no audio with the video.

The district said in a news release Wednesday that a Fresno Police Department investigation into the incident “is being turned over to the District Attorney’s office while Fresno Unified continues to conduct its own investigation.”
The district’s board of trustees held a special meeting in closed session Tuesday night to discuss the incident.
Board President Claudia Cazares said there were no actions to report out of the meeting.
Slatic said he cannot comment further on the matter until the investigation is over.
The board will hold its regularly scheduled meeting tonight at district headquarters downtown.

Fresno Unified said that it released the video in response to California Public Records Act requests.
GV Wire requested the video from the district Monday before interviewing Slatic.