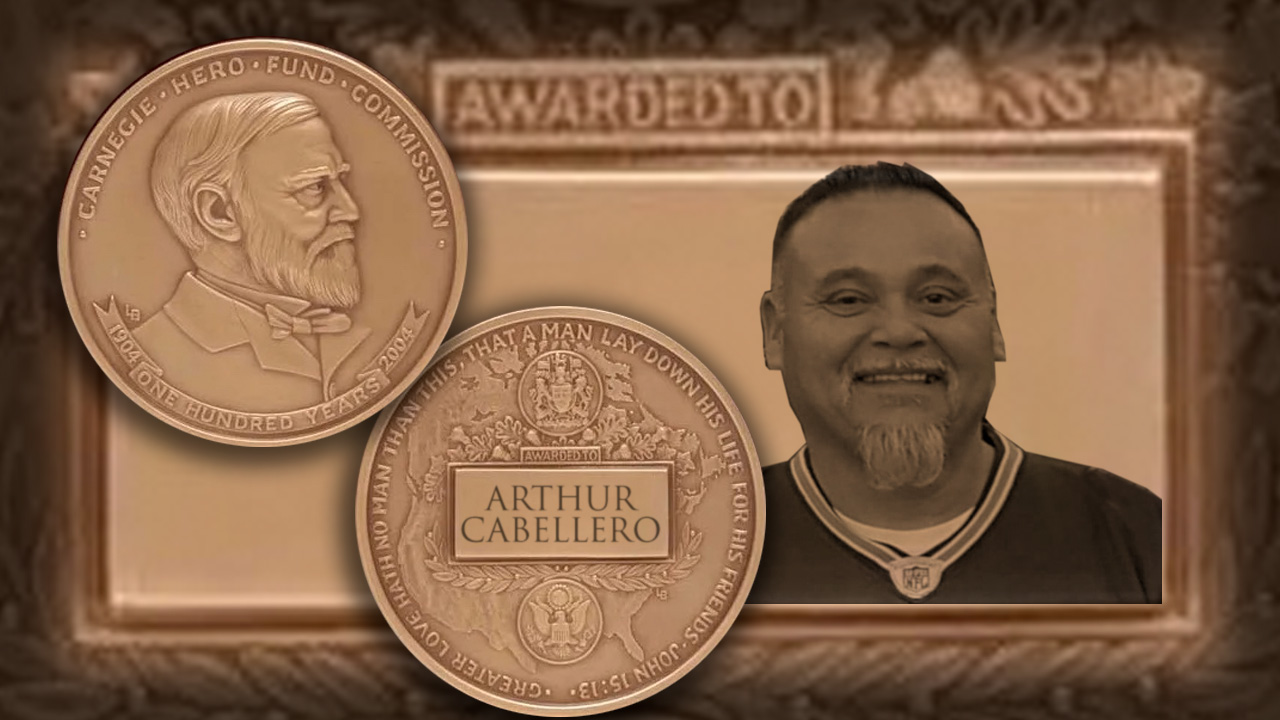 Fresno Mayor Jerry Dyer says that Arthur Caballero Sr. did something that “99% of the people would not do and that really is the definition of a hero in my eyes.”

Caballero, a 62-year-old painter from Fresno, saved a 7-year-old girl from drowning in the swift water of the Kings River on June 9, 2020.

On Wednesday, Dyer posthumously awarded the Carnegie Medal — North America’s highest honor for civilian heroism — to Caballero. His family accepted the award on his behalf.

“He was a good guy. I love him,” said his son, Arthur Ramirez Caballero, Jr. 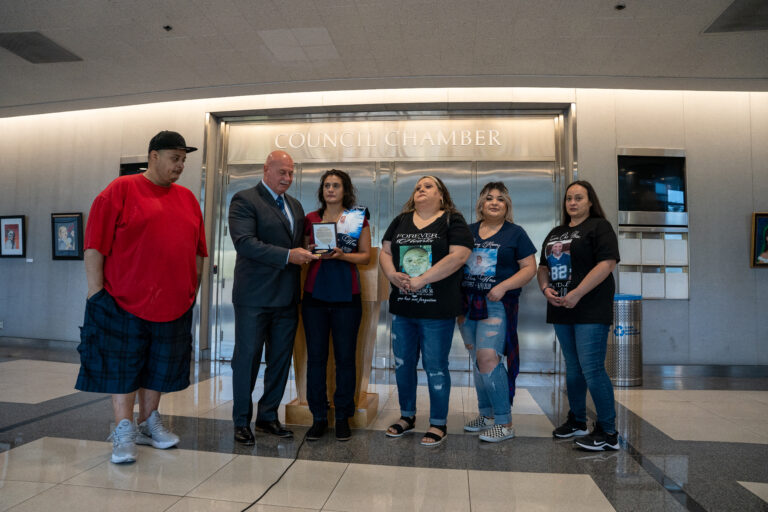 The senior Caballero was fishing on the river bank when he saw the girl struggling in the water. He went in and thrust her toward the bank, where others helped her to safety.

However, Caballero was swept away and later died at the hospital.

“No amount of medals or recognition can bring Arthur back – but we at the city of Fresno and our friends at the Carnegie Hero Fund Commission hope that this gesture makes them proud of Arthur and the courageous man he was,” said Dyer.

A total of 10,291 Carnegie Medals have been awarded since the Fund’s inception in 1904. And, nearly $44 million has been given in one-time grants, scholarship aid, death benefits, and continuing assistance to the recipients or their survivors.

“Mr. Caballero acted without hesitation, and persevered under extreme conditions to save a 7-year-old girl, ultimately sacrificing his own life in the process,” said Eric Zahren, president of the Carnegie Hero Fund Commission. “There is no greater love than that which compelled him to save a child he did not know, and his sacrifice will always be remembered.”

Three other Fresno residents have received the Carnegie Medal. Here is a look at their heroic acts as described by the commission:

The 42-year-old assistant yardmaster died attempting to save Constant Gasquet, 27, switchman, from being run over by a train in Fresno on June 10, 1909. McIntosh ran up behind Gasquet and endeavored to shove him off the track when a moving train was within 15 feet of him. Unaware of the danger, Gasquet resisted him, and both were run over and killed.

The 51-year-old physician attempted to save Elmer L. Gustafson, 33, and rescued Neal Hultslander, 39, both bacteriologists, from a homicidal attack in Fresno on May 11, 1928.

As Hultslander opened the door of the laboratory that he and Gustafson operated, he was shot twice by a man with a revolver. The man then aimed the revolver at Gustafson. Hultslander dropped to the floor and grabbed the assailant’s legs. Luckie was a few feet from the side of Gustafson, and, as the man aimed at Gustafson, Luckie sprang from the chair in which he was sitting and struck at the assailant’s arm. At that moment the revolver was discharged, and Gustafson was shot.

After a prolonged struggle between Luckie and the assailant, during which the assailant kept trying to shoot him, Luckie succeeded in disarming the man. Hultslander recovered, but Gustafson died. Luckie sustained a fractured rib.

The 58-year-old sales manager saved a woman from an assault at a Fresno Starbucks on July 20, 2017. The woman, a barista, was attending the counter when a masked man armed with a hunting knife and a replica handgun approached and demanded money. Jerri, the lone remaining customer, was seated beside an exit when he saw the assailant pointing the weapons at the woman. He stood, lifted a chair, and hurried toward the counter as the assailant faced the woman. With the chair, Jerri twice struck the assailant’s upper body, but the assailant, who retained his weapons, began to fight with Jerri. A violent struggle ensued, during which the assailant swung the knife at Jerri, and Jerri punched the assailant several times and took him to the floor.

During the struggle, the assailant stabbed Jerri in the neck. Though wounded, Jerri pushed the assailant down, leaned atop him, and seized the knife after the gun fell to the floor. As the fight continued, Jerri stabbed the assailant, and ultimately the men separated. The assailant fled the scene, but police soon arrested him. Jerri required suturing and staples to stop arterial bleeding from his wound and recovered.

“My first thought was I got to get out of here —this is a robbery,” said Jerri. “But my second nature took over.”

Six people in the Hero Fund’s history have been awarded the Carnegie Medal twice — for separate acts, often years apart. Two lost their lives in their second rescue acts and were awarded posthumously. Read about them at this link.