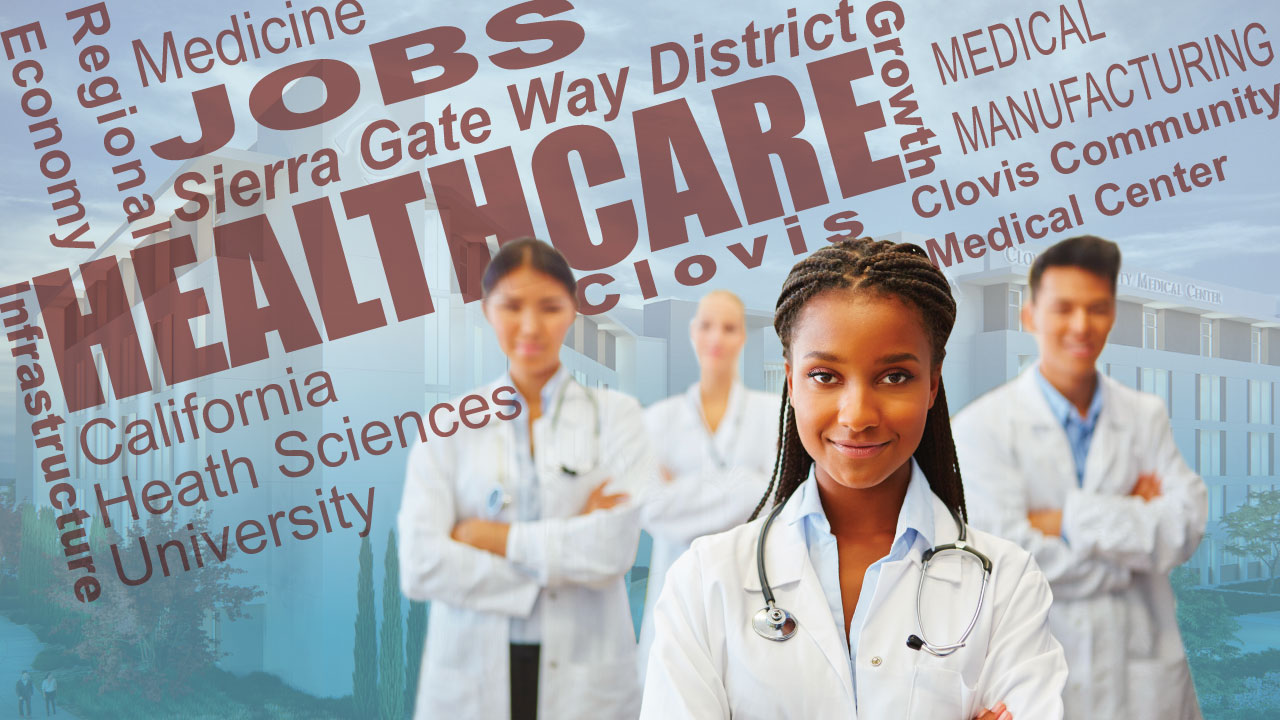 Clovis is on the way to becoming a regional economic powerhouse with its health and medical education hub. (GV Wire Illustration/Paul Marshall)
Share with friends

Like many Valley cities, Clovis began as a farming and railroad town.

Then Doc Buchanan showed up with his visionary ideas about public education, and the city blossomed into a prosperous suburb.

Once the butt of jokes told by Fresno residents, Clovis became the dream destination for many.

Clovis today is a full-fledged city with a population nearing 125,000 that’s considered one of California’s most desirable places. Rarely satisfied, city leaders now are on the cusp of turning Clovis into a regional economic powerhouse focused on healthcare, medical education, medical manufacturing, and technology.

This vision actually began more than two decades ago because city leaders wanted Clovis to be more than a bedroom community.

“The biggest part of our strategy is growing a regional employment base — a jobs generator,” said Andy Haussler, community and economic development director for Clovis. “We can do that because we are set up to accept growth.”

Related Story: Clovis Hospital Expansion Is Exactly What the Doctor Ordered and the Valley ...

Growth and Jobs Flow to Where They’re Embraced

That’s not the case in Fresno, where growth often is considered a dirty word. And, unfortunately for Fresno, growth — just like water — flows on the path of least resistance (and best infrastructure.)

Growth has its downsides, including dealing with increased air pollution and the challenge of paying for more police officers and firefighters. But, as Clovis leaders see it, the trade-offs are worth it.

The anchors of the city’s healthcare and medical education strategy are Clovis Community Medical Center, which is nearing the completion of a $430 million expansion, and the California Health Sciences University College of Osteopathic Medicine. 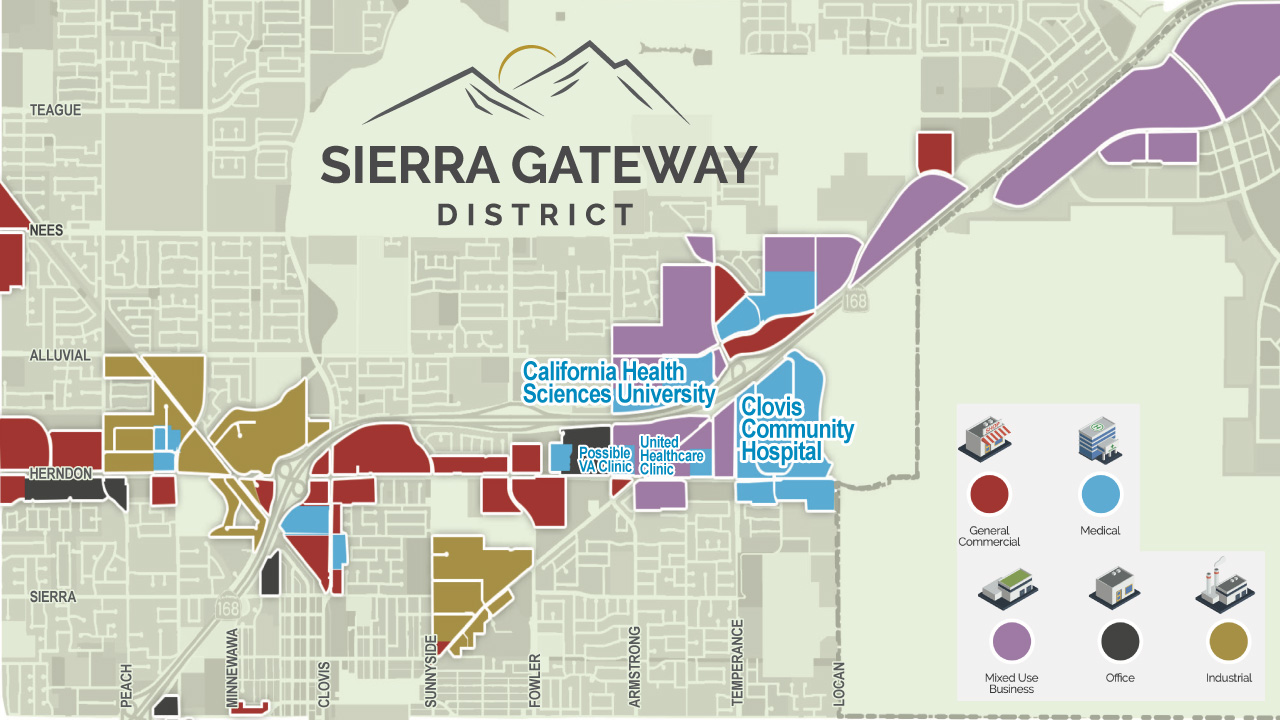 “Getting the medical school was huge for us,” said Haussler, who predicted that the university will attract medical offices and doctors groups in a hub along Highway 168 that the city calls the Sierra Gateway District.

In addition, the Veterans Administration has bought a 9-acre parcel on the northeast corner of Herndon and Armstrong avenues that could be home to a satellite VA clinic.

“Put that together and the flywheel is going,” said Haussler. “We’re doing research right now on medical manufacturing, medical service providers, tech firm services, and marketing for those. We are creating the base for economic growth for Clovis and the region for the next 20 years.

Community Health Systems, of course, has a massive presence in downtown Fresno with Community Regional Medical Center. Downtown also is home to UCSF-Fresno’s stellar medical education and research programs. Downtown Fresno could have been home to CHSU and its medical school, too. But City Hall at that time gave the Assemis the cold shoulder, which sent them to Clovis.

The point here is that Clovis has a strategy for attracting investment and elevating its already high quality of life. For decades, that strategy centered on good schools and low crime. Now it has added the pursuit of everything related to medicine and healthcare.