As construction crews approach the finish of the $430 million Clovis Community Medical Center expansion, let’s take a moment to appreciate the life-saving impact this marvel of modern medicine will have on Valley residents for decades to come.

As we’ve been reminded again during the pandemic, the Valley desperately needs more doctors, nurses, and hospital beds to care for the sick, the injured, and those battling life-threatening diseases.

With 144 new private rooms and 12 new emergency beds, the expansion allows the nonprofit hospital system to meet the growing demand for services in its four-county service area.

In addition, the creation of the Heart & Lung Institute will enable Valley patients to receive the care they need close to home instead of traveling to the Bay Area or Southern California.

“This project was driven by population growth in Clovis and the demand for services we’ve seen — not just in Clovis but from throughout our surrounding counties,” said Chip Neuman, a Community Health Systems senior vice president. 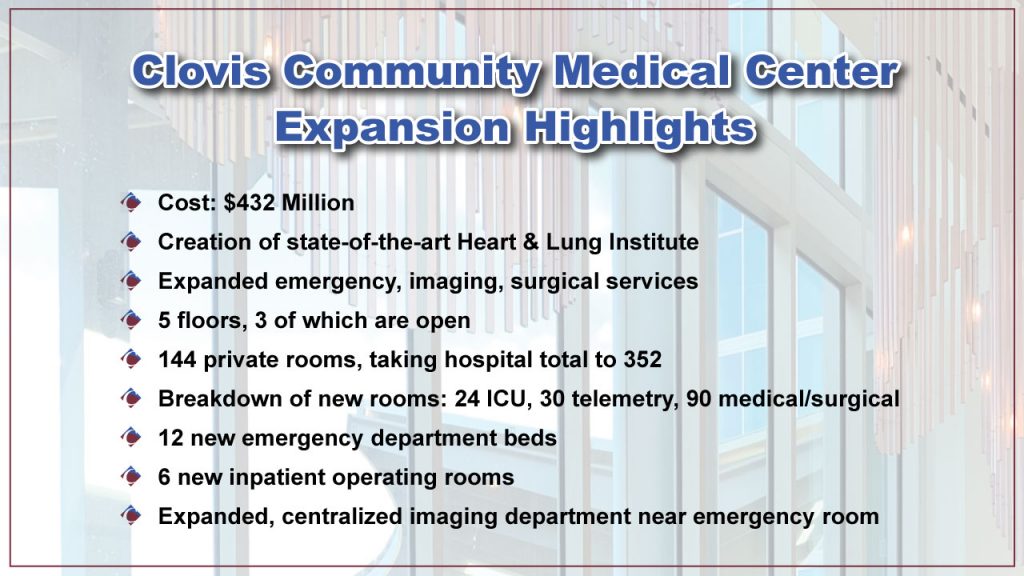 This Is About Getting People Healthy not Clovis vs. Fresno

There are, of course, people who don’t understand the structure or the mission of Community Health Systems. Some of them are politicians. Others claim to be health advocates.

Community Health Systems operates four hospitals and 22 outpatient clinics. It affiliates with four colleges and universities. Every year, it trains about 300 new physicians in partnership with UCSF Fresno.

Its 8,900 employees and 1,875 affiliated physicians serve a 15,000 square mile area that includes Fresno, Madera, Kings, and Tulare counties. The service area grows even larger when you consider the critically injured people treated at the downtown trauma center.

The politics of our region being what they are, there are a handful of folks who want to turn a great thing — a huge investment in regional healthcare — into a Fresno-Clovis rivalry thing. Or us vs. them thing. According to the critics, every big investment should go to Community Regional Medical Center in downtown Fresno.

They couldn’t be more wrong. As the system’s leaders said in 2018 when the project was announced, the Clovis site offered the quickest and most cost-efficient way to expand patient capacity in the system.

CRMC Is Flagship Hospital and More Investment Is Coming

CRMC is one of California’s finest hospitals. It is the state’s second busiest hospital. It has 685 beds. That’s nearly twice as many as Clovis Community. In the past 15 years, CRMC has added 285 beds; Clovis 288.

Says Neuman with pride: “CRMC is our flagship hospital.” 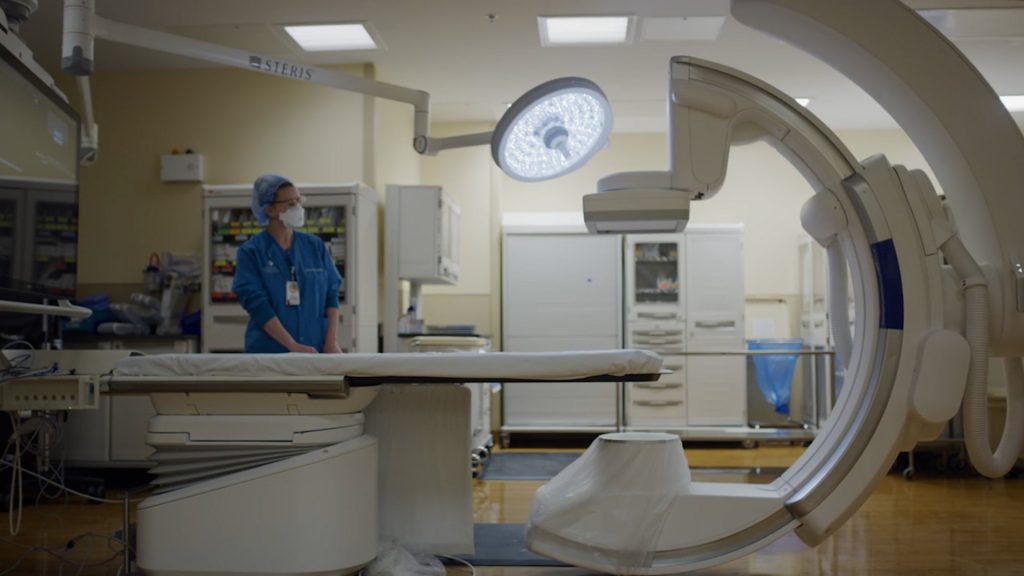 It is the flagship because the system has invested a half-billion dollars in CRMC over the last 20 years, including $150 million in the trauma and critical care building.

More projects are planned. One example: A neuroscience institute that would better coordinate care for neurology and neurosurgery patients. The estimated cost is $55 million, of which $11 million has been raised thus far from private donations.

But the system’s biggest investments are caring for the Valley’s most vulnerable people and educating future healthcare providers. Last year, Community Health Systems covered $10.3 million in services for low-income patients. It covered $175 million in services unpaid by government-funded healthcare. And it contributed nearly $44 million to train medical residents and fellows.

In a report that the system is required to file annually, its “total quantifiable community benefits” totaled $233.3 million for the fiscal year 2021.

But that number doesn’t even begin to tell the whole story. That’s because you can’t put a price on lives saved, bones mended, and lives extended.

Community Health Systems provides world-class care. It doesn’t care if you’re rich or poor. And, it certainly doesn’t matter if you show up at CRMC or Clovis.