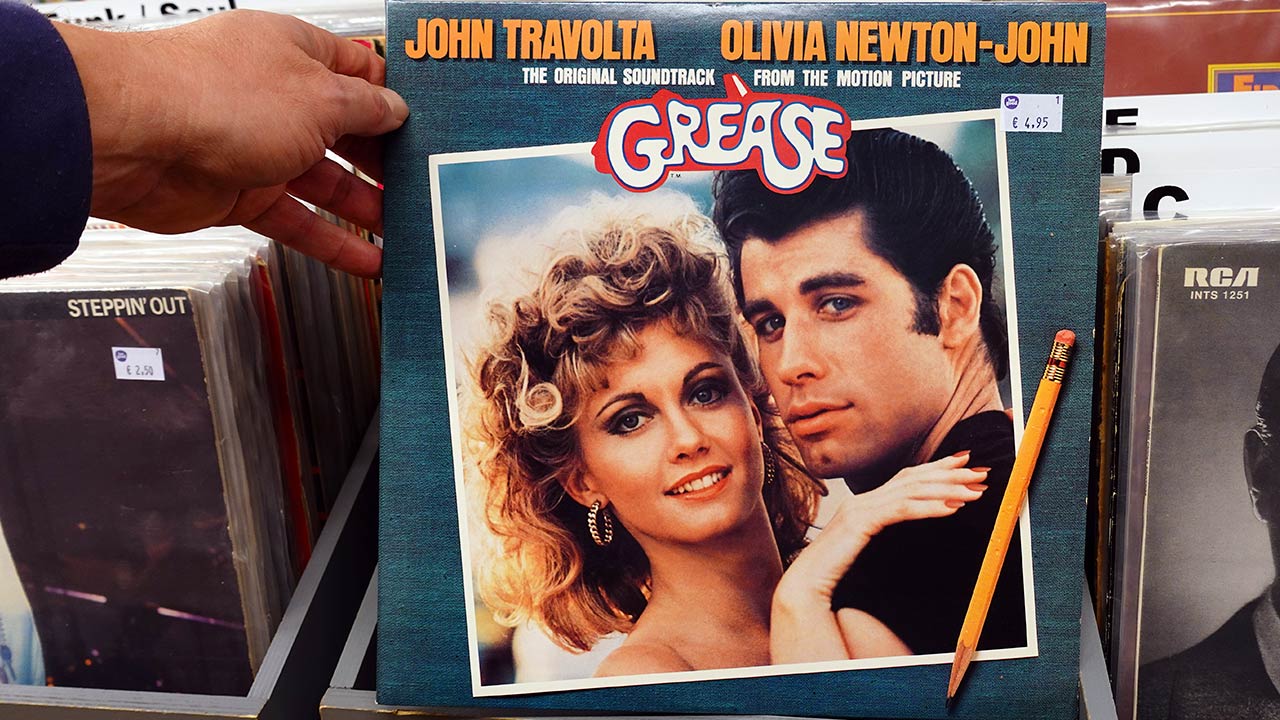 Olivia Newton-John has charmed multiple generations of viewers with her performance opposite John Travolta in "Grease." (Shutterstock)
Share with friends

Singer, actor, and health activist Olivia Newton-John died Monday morning at age 73 at her California ranch, according to her family.

Newton-John “has been a symbol of triumphs and hope for over 30 years sharing her journey with breast cancer,” the family said in a statement.

The singer revealed in 2018 that she was receiving treatment for cancer at the base of her spine. It was her third cancer diagnosis, following bouts with breast cancer in the early ’90s and in 2017.

“Dame Olivia Newton-John passed away peacefully at her ranch in Southern California this morning, surrounded by family and friends. We ask that everyone please respect the family’s privacy during this very difficult time,” her husband, John Easterling, wrote in a statement on the singer’s Instagram account.

Newton-John, who was born in Cambridge, England in 1948, moved with her family to Melbourne, Australia, when she was five. As a teenager, she formed an all-girl group and they began appearing on pop music programs in Australia.

Among World’s Most Popular Entertainers

From 1973-83, Newton-John was among the world’s most popular entertainers. She had 14 top 10 singles just in the U.S., won four Grammys, starred with John Travolta in “Grease” and with Gene Kelly in “Xanadu.” The fast-stepping Travolta-Newton-John duet, “You’re the One That I Want,” was one of the era’s biggest songs and has sold more than 15 million copies.

“My dearest Olivia, you made all of our lives so much better,” Travolta wrote in an online post. “Your impact was incredible. I love you so much. We will see you down the road and we will all be together again. Yours from the moment I saw you and forever! Your Danny, your John!”

“Physical,” the bouncy, R-rated smash released in 1981, was No. 1 for 10 weeks and was named Billboard’s song of the year despite being banned by some radio stations. An aerobics-friendly promotional clip, filmed in the early years of MTV, won a Grammy for best video.

Both musically and image-wise, she reinvented herself during those years. The blonde, ever-smiling Newton-John initially favored mild pop-country songs such as “Please Mr. Please” and “Have You Never Been Mellow” and soft-breathing ballads like “I Honestly Love You,” which in 1975 won Grammys for best female pop vocal and record of the year. But she picked up the tempo in “Grease,” especially after Sandy ditched her white sweaters and blouses for waist-high, black leather pants. “Physical” even made Newton-John blush as she told her would-be lover “There’s nothing left to talk about/Unless it’s horizontally” and finally called out “Let’s get animal! Animal!”

“I recorded it and then suddenly thought, ‘Goodness, maybe I’ve gone too far!’” she told Entertainment Weekly in 2017, recalling how the song had been suggested by manager Roger Davies. “I called Roger and said, ‘We’ve got to pull this song!’ He said, ‘It’s too late. It’s already gone to radio and it’s running up the charts.’ I was horrified!” 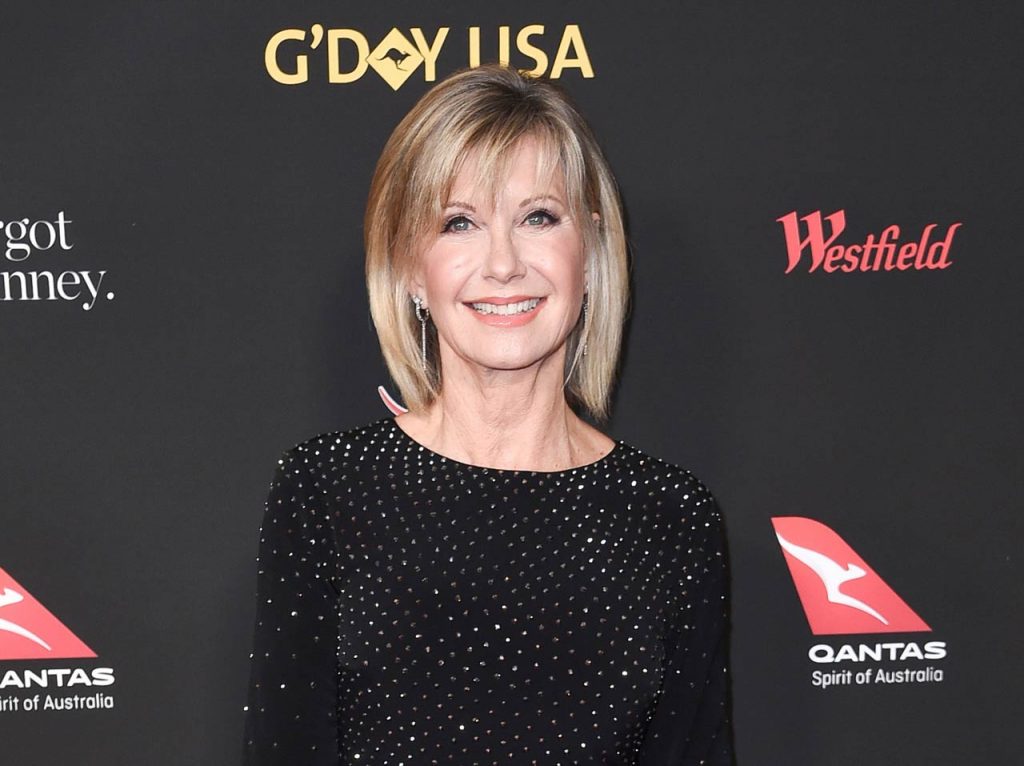 She had a few hits after “Physical,” but her career declined and Newton-John became more likely to make news because of her private life. In 1992, as she was preparing a concert tour, her father died and she was diagnosed with breast cancer. Her marriage to actor Matt Lattanzi, with whom she had a daughter, actor-singer Chloe Lattanzi, broke up in 1995 and a years-long relationship with cameraman Patrick McDermott ended mysteriously. McDermott went missing during a 2005 fishing trip in California and his fate remained unknown years later. Numerous reports alleged that he was living in Mexico, with a new girlfriend.

“He was lost at sea, and nobody really knows what happened,” Newton-John told Australia’s “60 Minutes” in 2016. “It’s human to wonder. But you know, those are the things in life you have to accept and let go. Because whenever you go through difficult times, there’s always those concerns.”

Newton-John’s recent albums included “Stronger Than Before”; a holiday collaboration with Travolta, “This Christmas,” and the autobiographical “Gaia: One Woman’s Journey,” inspired by her battle with cancer and by the loss of her father.

Newton-John married Easterling, founder of the Amazon Herb Company, in 2008. She was involved in numerous charitable causes, serving as goodwill ambassador for the United Nations Environment Programme and as national spokeswoman for the Children’s Health Environmental Coalition. She also founded the Olivia Newton-John Cancer and Wellness Centre in Melbourne, Australia.

Newton-John was the daughter of German literature professor Brin Newton-John and Irene Bron, whose father was Nobel Prize-winning physicist Max Bron. The Newton-Johns moved to Australia when Olivia was 5, but she returned to England in her teens and lived with her mother after her parents broke up. She had early dreams of becoming a veterinarian but was winning singing contests in high school and before age 20 had toured army bases and clubs and recorded her first single, “Till You Say You’ll Be Mine.” In 1971, she covered Bob Dylan’s “If Not for You” and began a close partnership with a friend from Australia, John Farrar, who produced the song and later wrote “You’re the One That I Want,” “Magic” and several other hits for her.

She had loved country music, especially the records of “Tennessee” Ernie Ford, since childhood, but her early success didn’t impress critics or some fellow musicians. A Village Voice review likened her to a geisha who “makes her voice smaller than it really is just to please men.” When Newton-John beat out Dolly Parton and Loretta Lynn for the Country Music Association’s top artist of 1973, Tammy Wynette helped founded the Association of Country Entertainers, a club designed to exclude Newton-John and other crossover performers.

But Newton-John had a show business admirer who with her became one of movies’ most unforgettable teams. Travolta had starred in the stage version of “Grease” and for the planned film thought Newton-John would be the “ultimate” Sandy, the nice girl who gets tough in the final act and gets her man.

“I worried that at 29 I was too old to play a high school girl,” Newton-John, who insisted on taking a screen test before accepting the part, told The Telegraph in 2017. “Everything about making the film was fun, but if I had to pick a favorite moment, it was the transformation from what I call Sandy 1 to Sandy 2. I got to play a different character and wear different clothes, and when I put on that tight black outfit to sing ‘You’re the One That I Want,’ I got a very different reaction from the guys on the set.”

She is survived by her husband; daughter Chloe Lattanzi; sister Sarah Newton-John; brother Toby Newton-John; and several nieces and nephews.