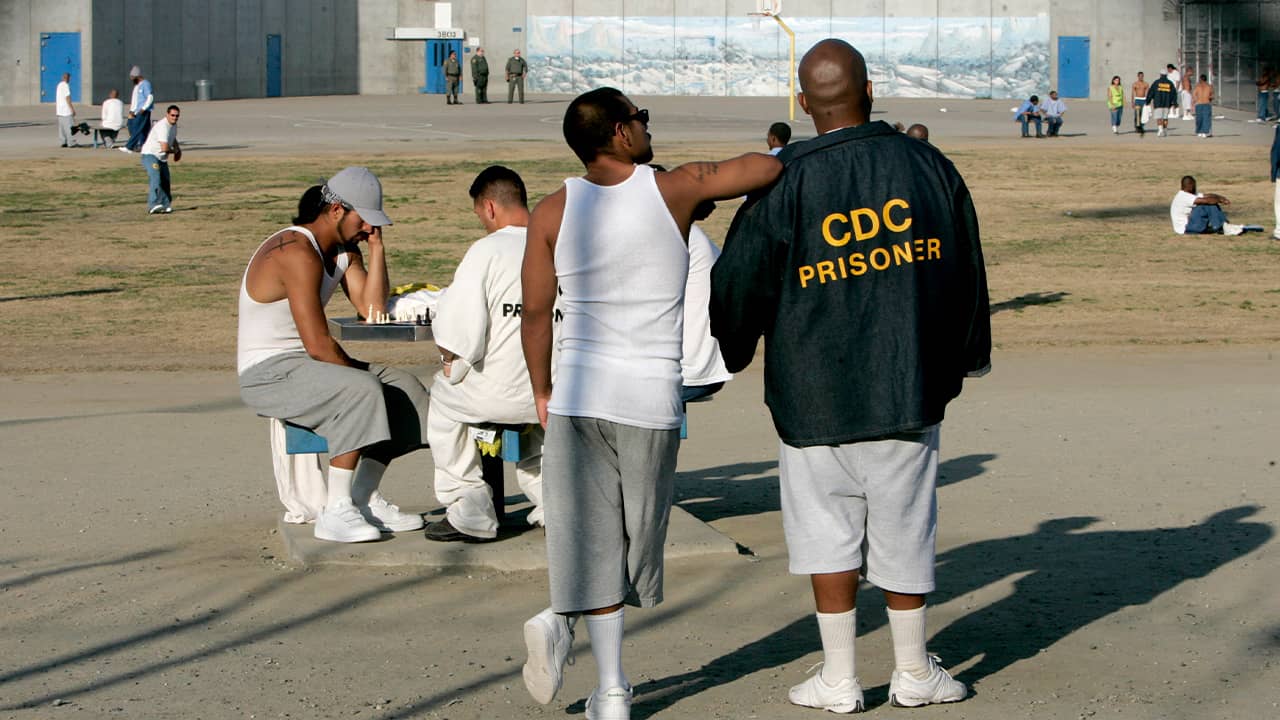 California has a recidivism problem. 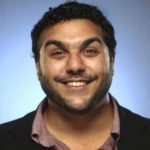 Two-thirds of people incarcerated in the state will return to prison within three years, either through new offenses or parole violations, according to California Department of Corrections and Rehabilitation data.

In Norway, by contrast, recidivism is down from 60%-70% in the 1980s to about 20% today. The country credits the change to reforms that prioritize rehabilitation over punishment — and to its guiding question on prison policy: When prisoners are released, what kind of neighbor does society want them to be?

Prisons in Norway and parts of Western Europe deemphasize the institutional aspects of incarcerated life. Prisoners get to wear their own clothes, cook their own food and have relative freedom of movement within the prison walls.

Democratic Assemblymember Carlos Villapudua of Stockton read about the Norwegian model last year and offered up a scaled-down version this year for California.

The bill, AB 2730, passed unanimously and now heads to the Senate, with the support of both prison reform advocates and the union representing prison guards.

The idea is that prisoners with two years or less left on their sentences would be chosen by the warden and moved into a campus on prison grounds where they would cook their own food, do their own laundry, and make their own beds. And most importantly to Villapudua, they would get job training in areas that need more workers.

For Villapudua’s district, that means training truck drivers to combat a shortage of truckers willing to take on long-haul routes. For some inmates, that means getting a Class A driver’s license to drive big rigs before they are released.

“That way, by the time they get out, they already have their Class A license and they know who their bosses are,” Villapudua said. “That’s how much a desperate need this field has.

“Their first week, maybe even before they get out, they may have a paycheck because (trucking companies) now have signing bonuses.” 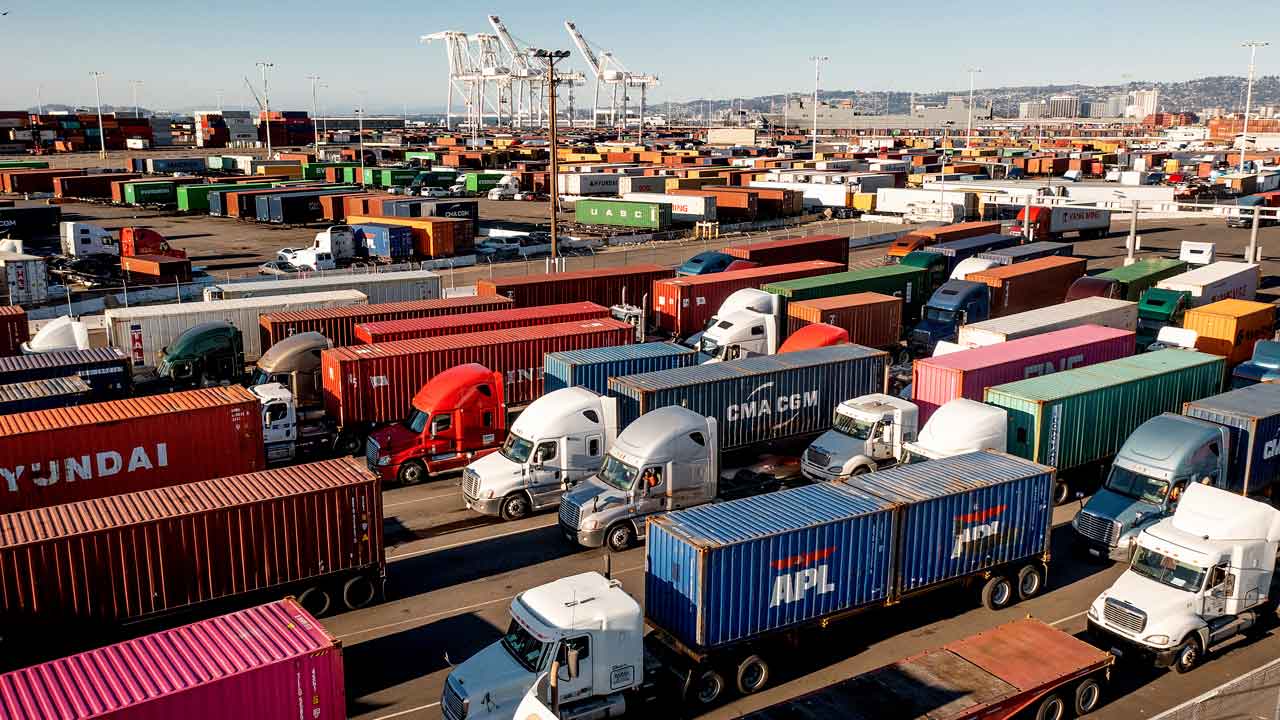 A bill from a Stockton Democrat that passed the Assembly would offer inmates job training, including licensing to drive big rigs, during their last two years in prison. The bill is headed to the Senate. (AP File)

Villapudua said he’s helped four formerly incarcerated people get Class A licenses and connected them with employers, for jobs he said pay more than $80,000. But the process, he said, is backward.

Instead of waiting for people to be released, facing their first days outside a prison trying to find employment, Villapudua said it makes more sense to use their last two years inside for job training.

The idea of a more communal model for U.S. prisons has started to take hold in several states, part of a long-running effort by the California-based Prison Law Project to fly legislators to Norway where they can see the model firsthand.

In North Dakota, about a dozen incarcerated people live in a trailer called the Transitional Housing Unit, living in their own rooms with locking doors. In Connecticut, they’re able to take a manufacturing course at a local community college. In Idaho, the Marshall Project reported, a prisoner, a guard and their families went fishing together.

“Can we snap our fingers and turn California prisons into Norway? No,” said Sharon Dolovich, director of the UCLA Prison Law and Policy Program. “But this is an urgently needed step to transform the experience of incarceration into what it’s actually supposed to represent.”

Despite Norway’s success around recidivism, the prison system there came to international attention in the last decade for a different reason: Anders Breivik, the man who killed 77 people in bomb and gun attacks in 2011, alleged in a 2016 lawsuit that he was being mistreated.

That’s when most people learned about his accommodations: Three separate cells, access to video games, and the freedom to cook his own food. According to the BBC, he built a gingerbread house as part of a prison competition.

If You Fake It, You Don’t Make It

That’s not quite what Villapudua said he envisions in California.

“People always think reform is a bad word,” Villapudua said. “The key is to separate folks who know they made a mistake and know they’re going to be normal citizens again, not being in there faking it. If you fake it, you go back to general population.”

It doesn’t come with money attached, so if passed and signed by the governor, the California prison system would have to pay for it within its own budget, which is $14.2 billion in 2022-2023.

No specific conviction would disqualify inmates from participation, something Dolovich said is an important aspect of the bill that allows for a much wider spectrum of  inmates to participate.

Villapudua said he deliberately left the program open to everyone, not just the “non-non-nons,” a colloquial phrase indicating inmate with sentences that are non-violent, non-serious, and non-sexual.

“Everybody’s so ready to exclude the very people we’re trying to help,” Dolovich said. “Who are these elusive non-non-nons?”

Not all the details are hammered out, Villapudua said, and questions remain. Would inmates leave the prison to work in the outside world? Can they get jobs as dockworkers at ports, which require background checks?

In a letter of support to the Legislature, California Correctional Peace Officers Association lobbyist Matthew Easley wrote that the bill would be an improvement over vocational programs offered today. In his letter, he derided existing programs as often having “no correlation to the needs of the communities to which inmates will be released” and failing to prepare them for employment.

“Even with the appropriate motivations and intentions, the pressures found from fellow inmates can be too great to keep to the straight and narrow,” Easley wrote on May 23. “Prison politics can often be inescapable when programs and housing are delivered in the same environment as those who have no intention of improving themselves.”