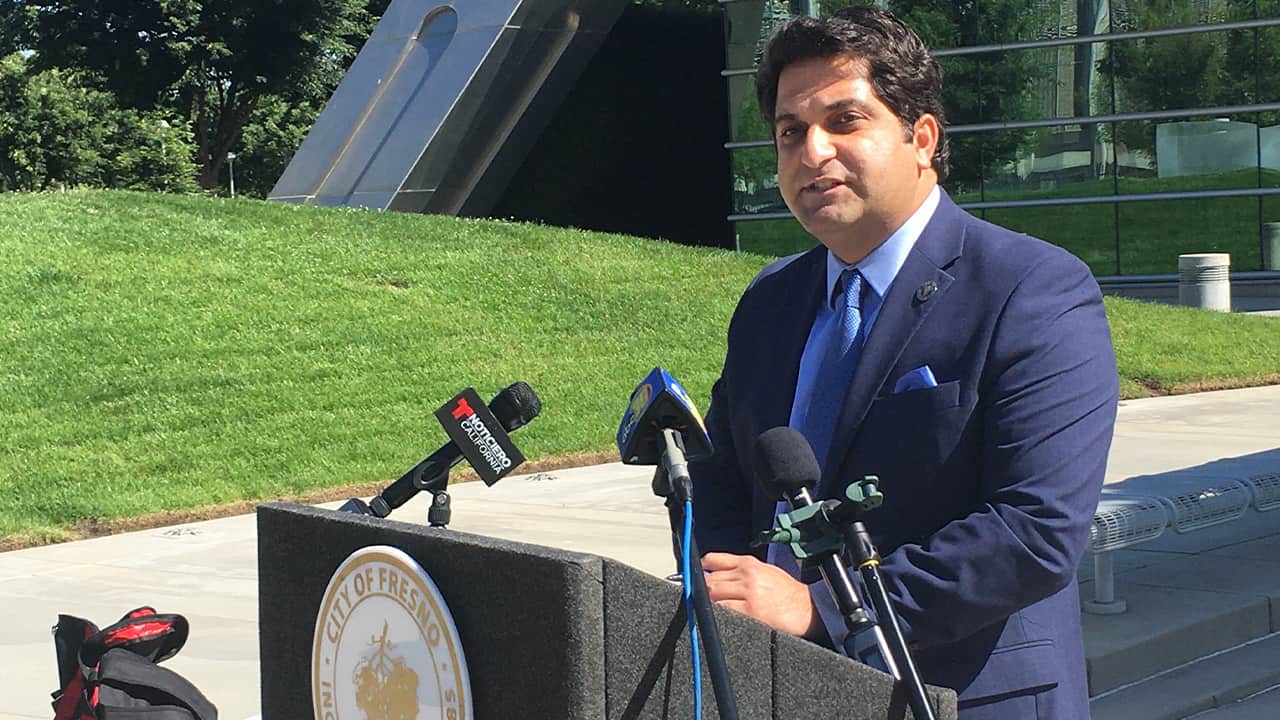 Mike Karbassi, shown at a 2020 news conference, is hitting back against a last-minute Esmeralda Soria campaign mailer. (GV Wire File)
Share with friends

A day after blasting a fellow candidate for state Assembly — and fellow colleague on the Fresno City Council — Mike Karbassi filed a defamation lawsuit against Esmeralda Soria.

Karbassi said a mailer that Soria sent to voters over the weekend lied about him assaulting a female student. With a title of “Mike Karbassi’s Actions were Inexcusable,” Soria included headlines of an assault and a picture of Karbassi.

In reality, a consultant Karbassi hired was arrested and convicted of the crime. That information is revealed on the other side of the mailer.

“Indeed, SORIA knew the claims she published in her Mailer about Mr. Karbassi were false at the time she published them. In fact, on the Mailer’s reverse page, SORIA, a licensed California attorney, admits in much smaller print that these claims are not even about KARBASSI at all!” the lawsuit says.

A case management conference is scheduled for Oct. 6 in Fresno County Superior Court. 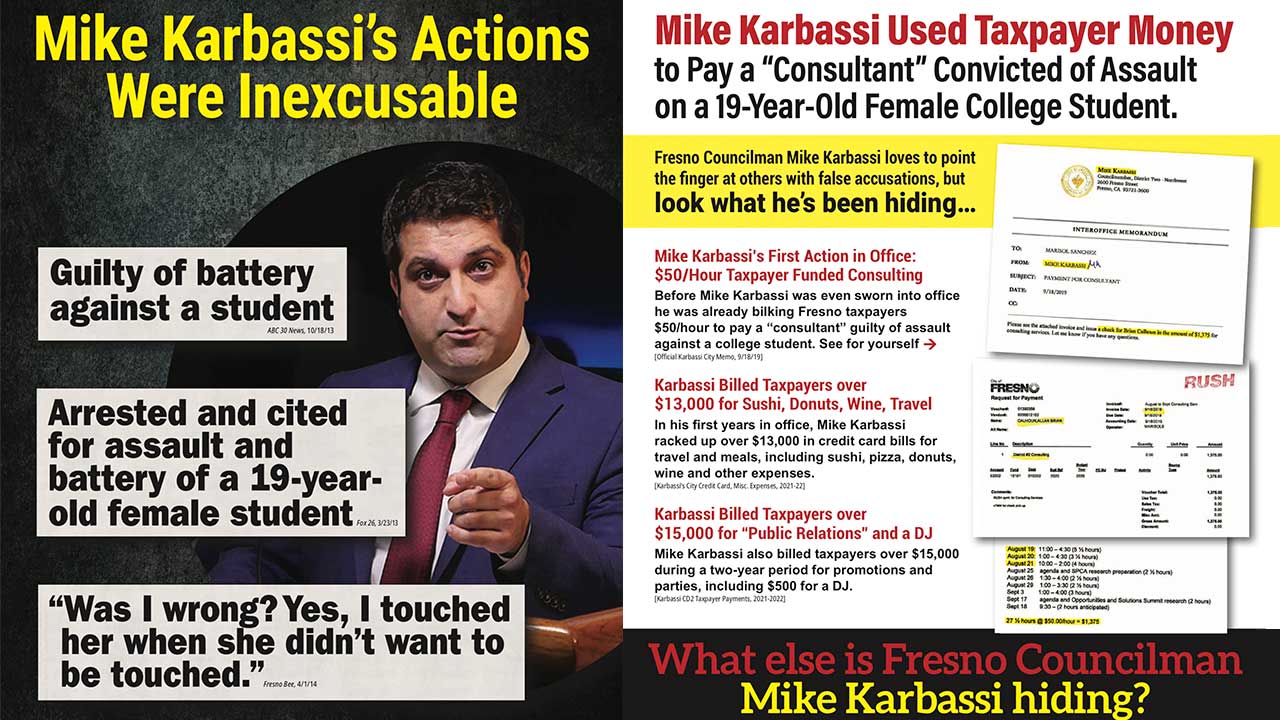 This flyer sent by the Esmeralda Soria campaign against Mike Karbassi is now subject to a defamation suit. (Image: Soria campaign)

The bar is high for a defamation lawsuit, especially when both the plaintiff and defendant are public figures. Generally, Karbassi would need to prove those statements are false and that Soria knowing published them anyway.

Karbassi is asking for various damages, including punitive damages. He is represented by Brian Whelan, a former city council candidate in 2018.

This is the second lawsuit filed among members of the Fresno City Council. Last month, Nelson Esparza filed a defamation lawsuit against colleague Garry Bredefeld.

Bredefeld filed an anti-SLAPP motion to dismiss based on Bredefeld exercising his free speech rights. A judge will hear that case June 29.

Campaign mailers can be dirty, especially in the last days of an election. The subject of a recent hit piece by Esmeralda Soria is calling her actions “hypocritical.”

In an attack piece against Mike Karbassi, Soria uses quotes to indicate that Karbassi physically attacked a 19-year-old female. In reality, a consultant Karbassi hired committed the crime.

“Esmeralda Soria in her bid in desperation to get elected to go to Sacramento, will say whatever it takes — including lying to the public and accusing an innocent man of committing a terrible act against a young woman,” Karbassi told GV Wire on Monday about a Soria campaign mailer in the District 27 Assembly race.

However, Karbassi is not the one who committed the crime that is the focus of the mailer. It was a consultant he hired in 2019.

“Guilty of battery against a student,” and “Was I wrong? Yes, I touched her when she didn’t want to be touched” are two of the headline-looking statements next to a picture of Karbassi.

Brian Calhoun, a former two-term Fresno city councilman and instructor at Fresno City College, was convicted of attacking a student in 2013. He was sentenced to 90 days in jail, three years’ probation, and anger management counseling in 2014, with the option of doing his jail time in an adult work-offender program.

In September 2015, the Central California SPCA highlighted Calhoun as its volunteer of the month.

Asked for comment on the mailer, a Soria campaign spokesperson told GV Wire: “The fact of the matter is that Mike’s campaign sent out three hit pieces three weeks in a row. Now Mike is crying like a baby because he got a taste of his own medicine.”

Soria and Karbassi serve on the Fresno City Council and are both Democrats. Also in the Assembly race are two Republicans: former Merced County Sheriff Mark Pazin, and agri-businesswoman Amanda Fleming of Firebaugh.

The 27th District covers parts of Merced, Madera, and Fresno counties, including a northwest portion of the city of Fresno.

Disclosure: Granville Homes, Inc. has contributed $4,900 to Karbassi’s Assembly campaign. Darius Assemi is the president/CEO of Granville and the publisher of GV Wire. Karbassi also is a co-host of “Unfiltered,” which is live-streamed on GV Wire and Facebook on Tuesday nights.

Karbassi said he hired Calhoun for one week of services, to help the newly-elected councilman in August 2019. After winning a special election, Karbassi said he only had eight days before taking office.

He said Calhoun paid the price, personally and professionally, for his actions.

“While what he did was very wrong, I believe in redemption. And it was an opportunity for me to work with someone who for eight years had done a great job at constituent service,” Karbassi said.

Karbassi said he has sent mailers “comparing and contrasting” his record against Soria’s, but he never made things personal. 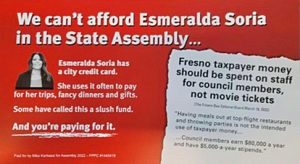 A mailer sent out by the Karbassi campaign saying, “We can’t afford Esmeralda Soria in the State Assembly.” (Mike Karbassi for Assembly 2022)

What Soria did was “character assassination,” Karbassi said.

“She did it to lie to voters, to brand me as the kind of person that could do such a terrible thing to a young woman. And that’s just not who I am. And it’s really unfortunate that she would choose to go down this route,” he said. 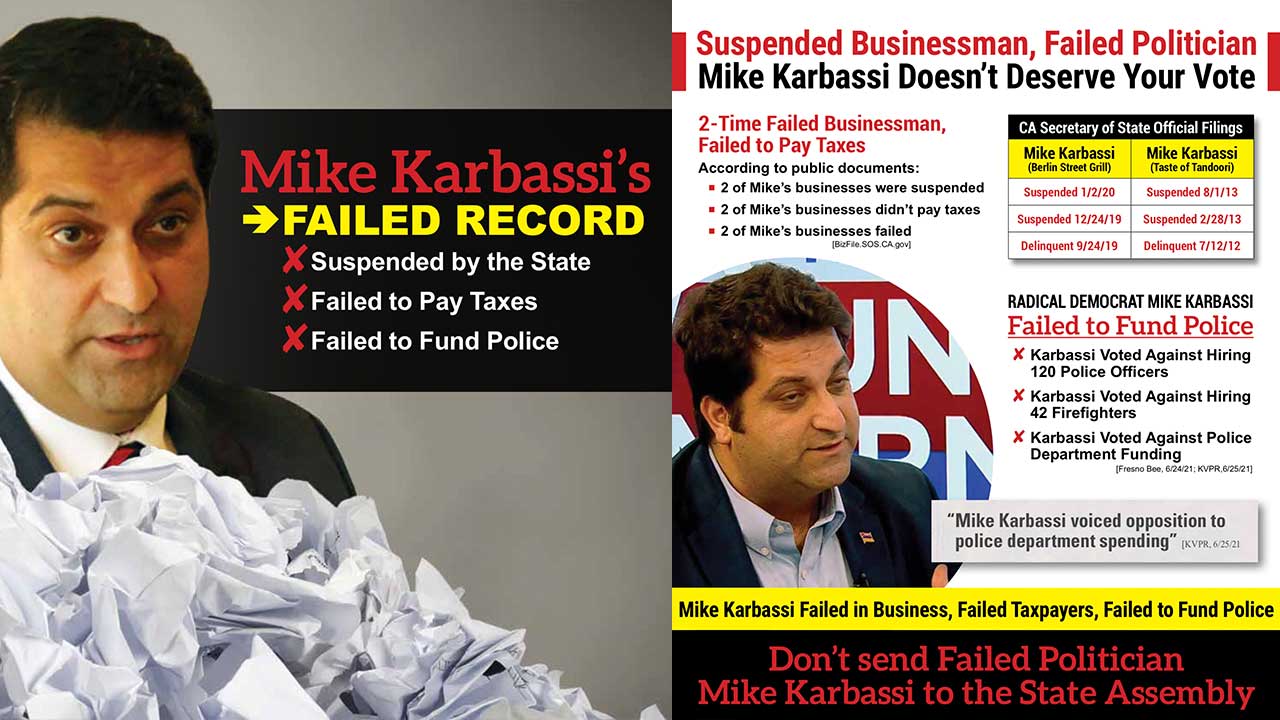 Related Story: Did Soria Break Pledge Not To Accept Oil Money in Campaigns?

Court records show that Soria employs someone with a criminal record.

Chief-of-staff Gilbert Felix was arrested by Fresno police in 2011, accused of driving under the influence with a blood-alcohol level of 0.19, more than twice the legal limit.

He pleaded no contest and was sentenced to three years’ probation. When Felix failed to attend an adult work offender program, the judge ordered him to serve nine days in jail.

Soria was investigated by the Fresno County District Attorney for violating the state’s open meeting law. She was eventually cleared. Former congressman TJ Cox, who is the business partner of Soria’s fiancée, Terance Frazier, is being investigated by the FBI — District Attorney Lisa Smittcamp said — for his role in operating the city-owned Granite Park sports complex. 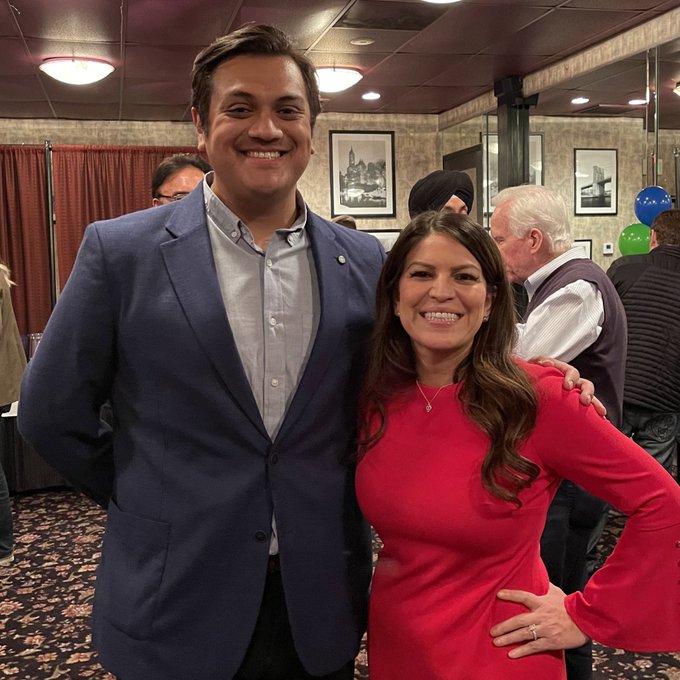 “Look what he’s been hiding,” the mailer says.

The mailer points out that Karbassi spent $13,000 “for travel and meals, including sushi, pizza, donuts, wine, and other expenses.” He spent another $150,000 “for promotions and parties, including $500 for a DJ.”

Karbassi said the DJ was for an event at Sierra Sky Park, part of a program allowing disadvantaged youth to learn about flying.

The Fresno City Council approved an audit, to be paid for by Bredefeld’s and Karbassi’s district funds, looking into council spending. 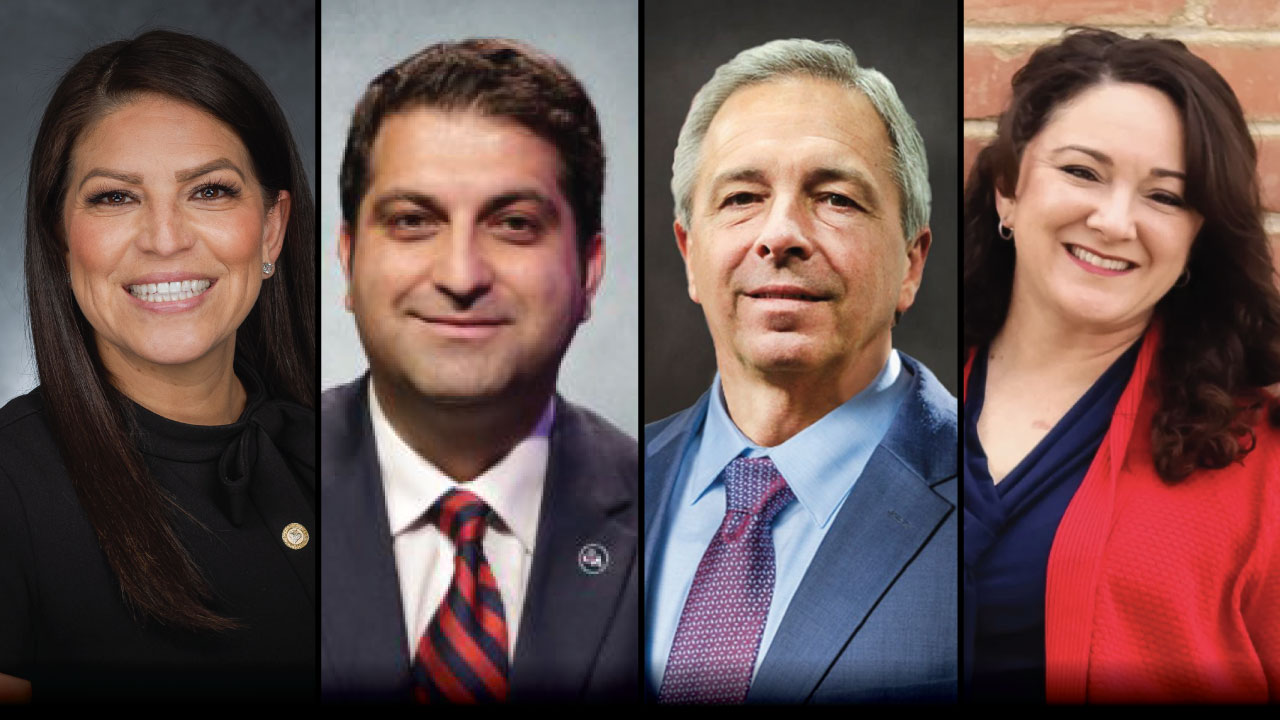