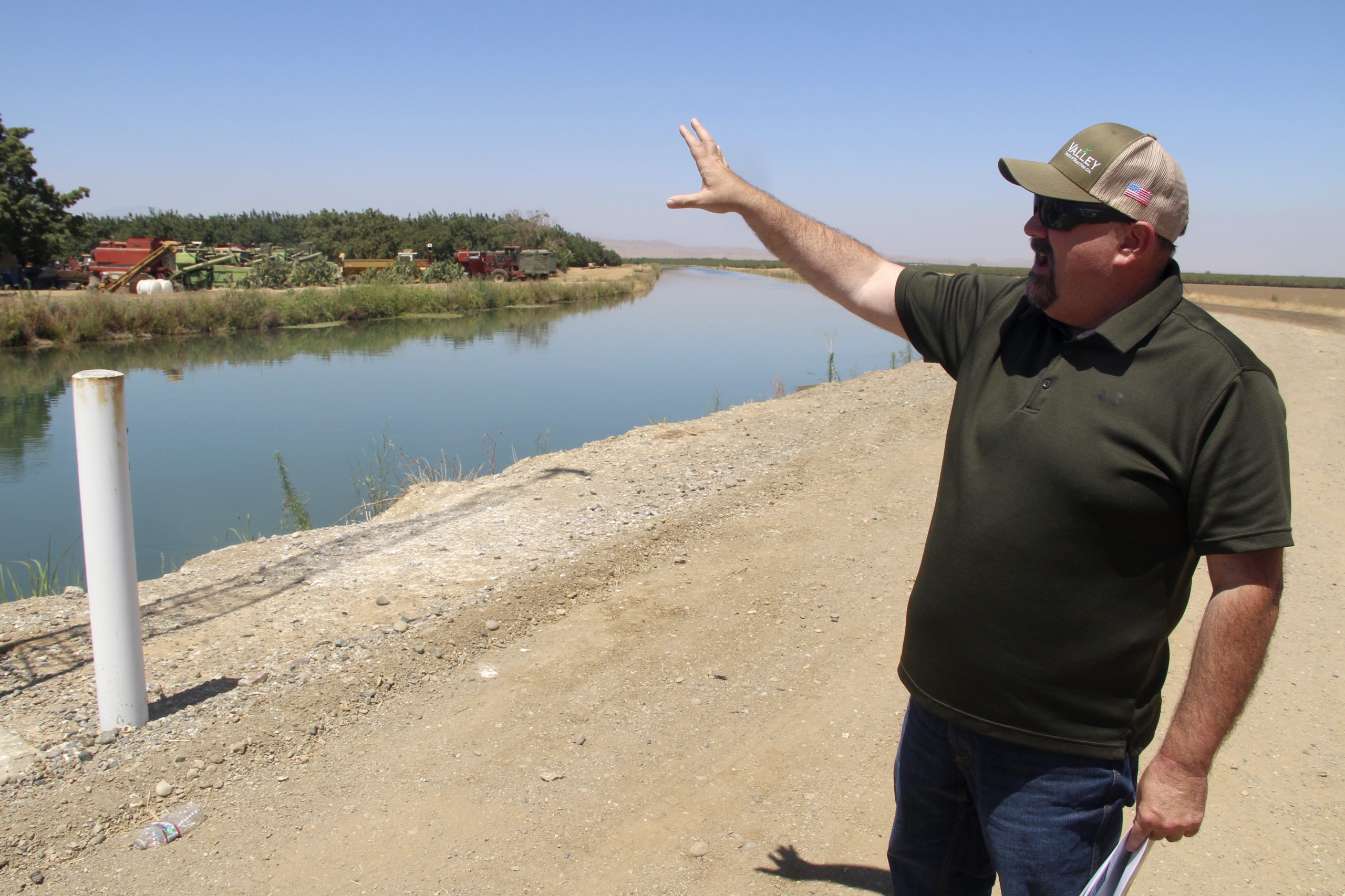 Kevin Spesert of the Sites Project Authority points to a canal that would be one of the water sources for the planned reservoir. (AP File)
Share with friends

Assemblyman Adam Gray (D-Merced) put together a bipartisan coalition to defeat a bill that would have prohibited the State Water Board from issuing new water right permits. 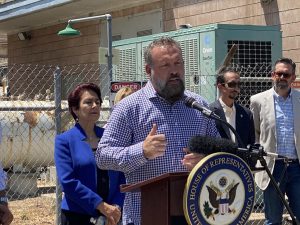 “It took a broad coalition to defeat the bill. The San Joaquin Valley doesn’t always have enough friends in the state Legislature to stop bad bills, but we did today.” — Assemblyman Adam Gray, D-Merced

The bill’s defeat came in a showdown Thursday between Gray and the author of the legislation, Assemblyman Bill Quirk of Hayward, a fellow Democrat.

According to Gray, Assembly Bill 2639 would have jeopardized new water storage projects such as Sites Reservoir in the drought-ravaged state.

Sites is one of seven water storage projects eligible for funding from a 2014 voter-approved state water bond. In March, the federal government signaled its intent to loan the Sites project nearly $2.2 billion — about half of the cost to design, plan and build it.

“It took a broad coalition to defeat the bill. The San Joaquin Valley doesn’t always have enough friends in the state Legislature to stop bad bills, but we did today,” Gray said in a news release. “I am grateful to my colleagues who took the time to understand a complicated issue.”

The bill needed 41 votes to pass the Assembly, but it received 33. Forty-four lawmakers voted no or abstained. The strongest opposition was recorded from representatives from the San Joaquin Valley, Sacramento, and Inland Empire.

“There is no other region of the state that would be as heavily impacted by this bill as my district and the people I represent,” Gray said. “I asked my colleagues to consider what they would ask of me if their districts were similarly targeted. I told the story of the decades-long fight my community has waged against the water grab, and how the State Water Board has decided that the impacts to our economy and our drinking water are ‘significant, but unavoidable.’ I asked them if the Assembly was prepared to make the same decision.”

Quirk wrote the bill with an eye on reversing the ecological decline of the Sacramento-San Joaquin River Delta and protecting the economy of the Delta region. Several environmental groups, including the Planning and Conservation League, backed his effort. Supporters cited the fact that the last update of the Bay-Delta Water Quality Control Plan was 27 years ago.

The Association of California Water Agencies and several agricultural trade associations opposed the bill but signaled potential support if it were amended. The bill’s flaw, as opponents saw it, was that “the proposed prohibition on any new water right permits … would have profound negative impacts on water management and work against California becoming climate-resilient.”

However, Quirk declined to make the changes sought by opponents and put the bill up to a vote.

“Refusing to negotiate has recently become a badge of honor for some members in the state Legislature,” Gray said. “Hopefully, this is a lesson and an example that good public policy happens when all points of view are considered. More than anything, I think their refusal to compromise is what killed this bill.” 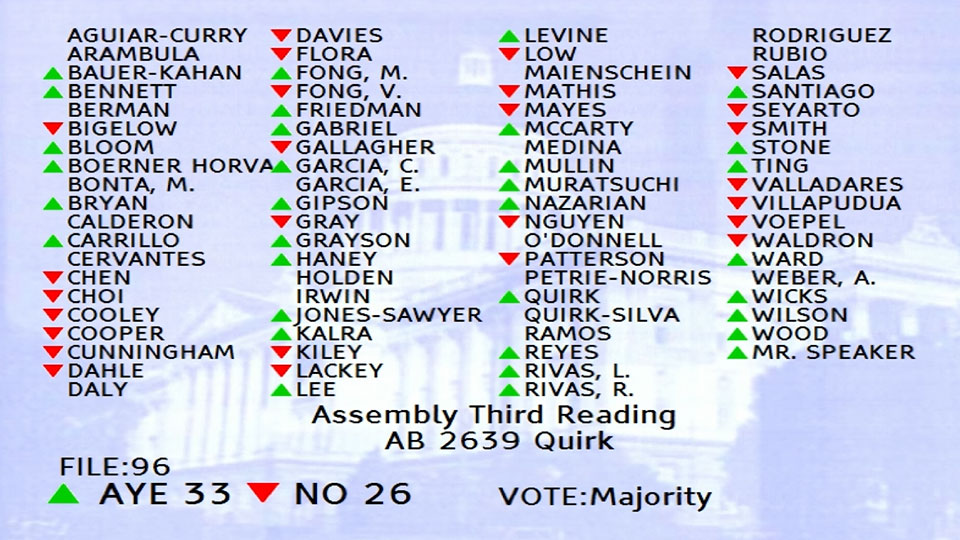 Tabulation of vote on AB 2639. It needed 41 votes to pass. (Office of Assemblyman Adam Gray)