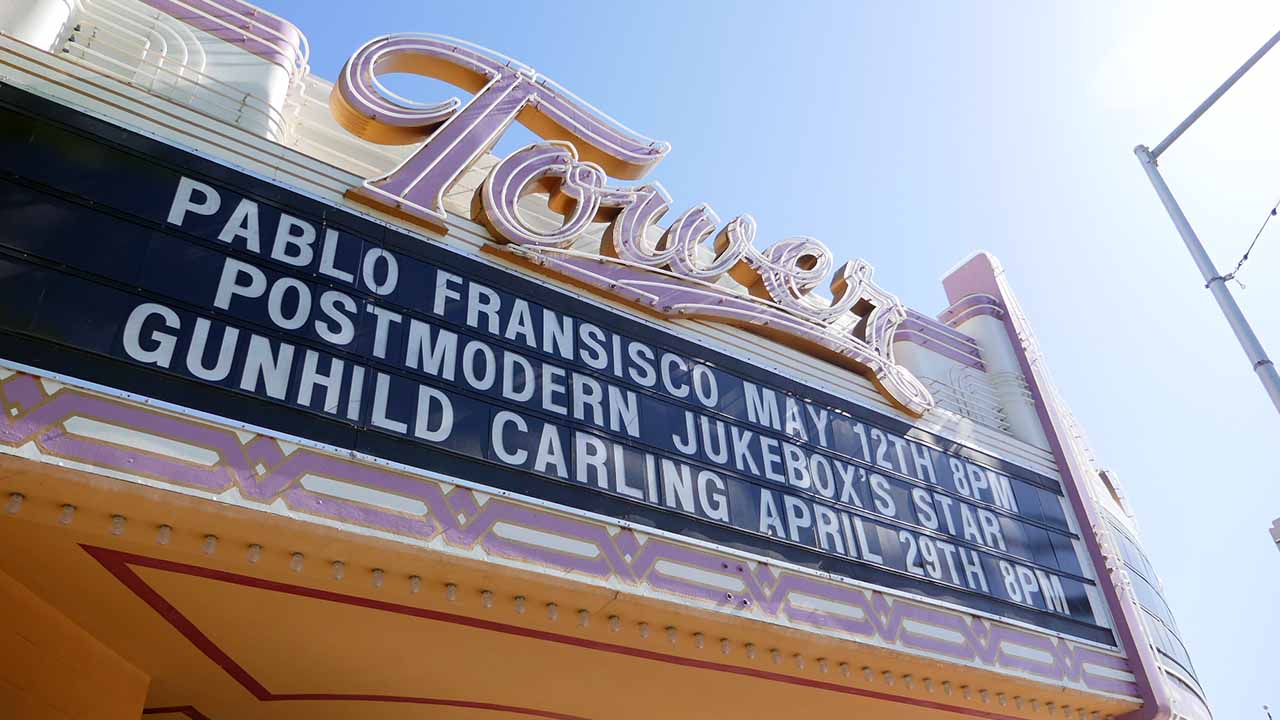 Fresno’s Parks, Arts and Rec commissioners say they were left out of the loop on the $6.5 million Tower Theater purchase. (GV Wire/Jahz Tello)
Share with friends

The Fresno’s Parks, Arts and Recreation Commission met Monday evening to discuss park projects in development or set to start next year.

“This is where I am really confused. I feel like we are not doing as much as we should. Maybe we need to get more training from our city attorney on what our roles are again because it’s really confusing, I’m back to square one when I thought I was at square ten.” — Fresno parks commissioner Maiyer Vang

However, several commissioners said they felt frustrated and confused because they are not always consulted about park projects and purchases.

And, in the case of the $6.5 million Tower Theatre purchase that will dip into parks sales tax funding for $3.6 million, several commissioners said they have been approached by residents asking why Measure P monies were being used for the deal.

“I still don’t know what the answer is when I talk to my community members who are concerned about it,” said commissioner Mona Cummings, who represents District 6. “Is that the most appropriate way to spend measure P funds and has there been any community input besides what we see (already) when it comes to media coverage?”

Cummings said that she was uncomfortable with the theater purchase process because it was done completely separate from the commission. Other commissioners agreed.

The commission’s chair, Kimberly McCoy, said the commissioners should have been briefed on the deal before the Fresno City Council voted to acquire the theater. McCoy represents District 1.

Commission vice-chair Jon Dohlin, who is the executive director of the Fresno Chaffee Zoo, followed up by asking the city attorney why the purchase was made without the commission’s input.

Assistant city attorney Raj Singh Badhesha said the city council was well within its right to make the purchase decision. The council, on a 4-3 vote, approved buying the theater on April 21 in a controversial decision that followed many months of debate about the venue’s future.

“Pursuant to the authority under the charter budget resolutions, there is the ability to in certain limited circumstances for money to be moved around for purposes that are consistent,” said Singh-Badhesha.

He added that the commission had an opportunity during last year’s annual city budget meeting to give input on park projects and purchases.

Assistant City Manager TJ Miller agreed to have additional conversations with the commission and brief them when decisions like the Tower purchase occur.

‘This was in mediation. We were not involved in those mediation meetings either,” Miller said. “Decisions were made by our council, and they do approve our budgets and the monies that we expend and make recommendations and so forth.”

“I can’t say that we can always get ahead of it and give you a presentation because sometimes those things are happening in real-time on the dais.”

Will Other Projects Be Impacted? City Hall Says No.

PARCS Director Aaron Aguirre explained that $3.6 million in Measure P funds would be used for the purchase with the remainder coming from other city revenue sources.

Commissioner Sarah Parkes, who represents District 6, asked whether future park projects would be impacted by the Tower decision.

“I don’t understand how we can say a park, green space, soccer field, pickleball park, or volleyball park is the same thing as purchasing a historic theater and that the money could be moved around like that,” said Parkes.

Aldi Ramirez, assistant director for the city, said that no park projects would be canceled as a result of the council’s decision.

“There are no projects that are not moving forward as a result of this,” said Ramirez. “There are funds that are unused and they are using the remaining funds for this purchase.” 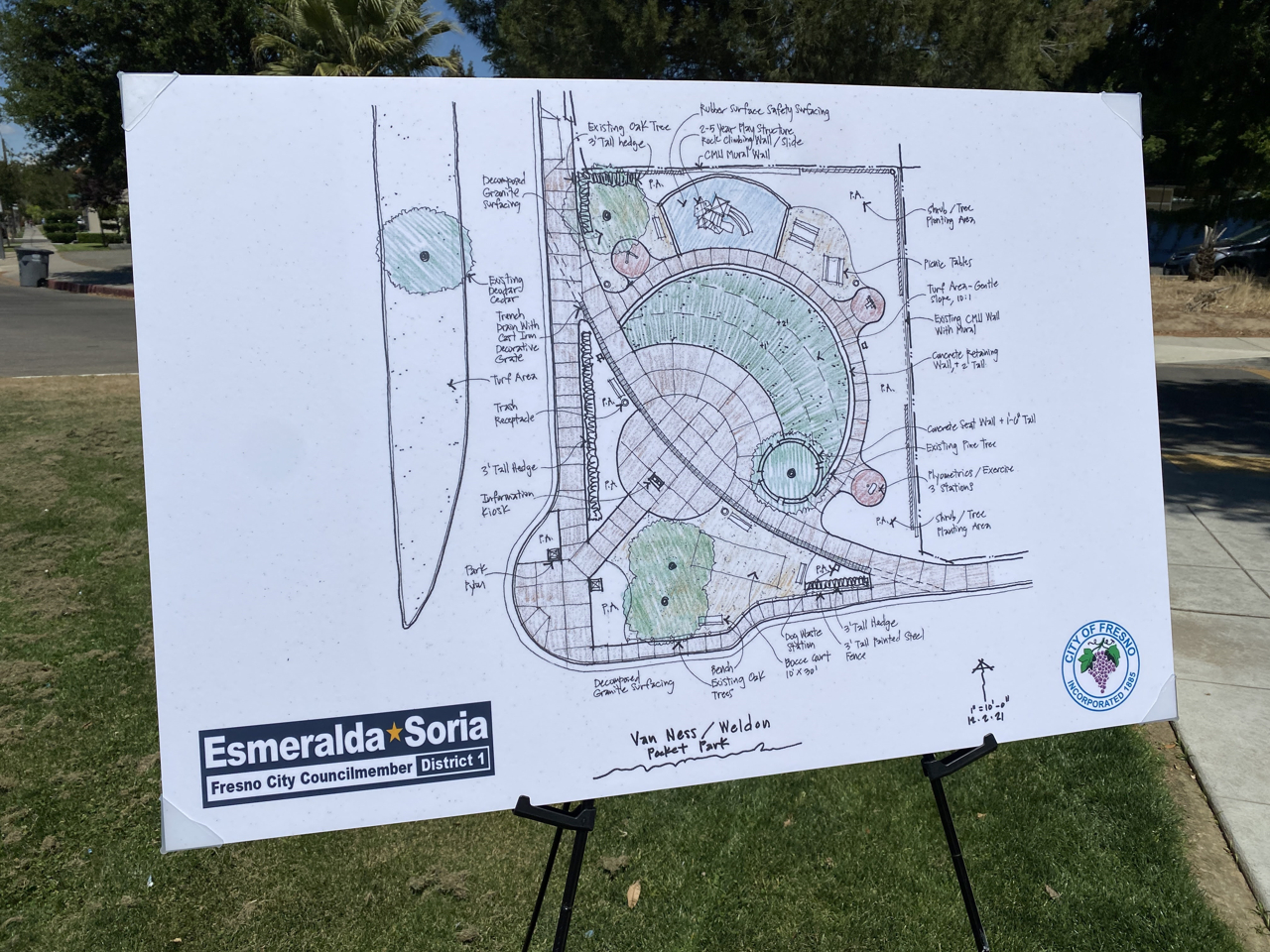 A rendering of what the new park at Van Ness Boulevard and Weldon Avenue could look like. City officials say the $3.3 million project will be the first new park paid for by Measure P. (GV Wire/David Taub)

Commissioner Jose Leon-Barraza from District 5 said he was more concerned by how the process was handled rather than why the city decided to buy the venue.

“We represent the community and therefore a community should have an opportunity to comment,” said Leon-Barraza.” It might be the best project in the world but the way it was handled could actually take away from the importance of our role in having the views of the community from different perspectives.”

He said he understood both the roles of the commission and the city council, but thought that the commission should have been involved in the process.

Commissioner Maiyer Vang of District 4 reiterated Leon-Barraza’s point. She said that the commission should have been briefed on the decision so that members could be transparent with the communities they represent.

“This is where I am really confused. I feel like we are not doing as much as we should,” said Vang. “Maybe we need to get more training from our city attorney on what our roles are again because it’s really confusing, I’m back to square one when I thought I was at square ten.”

About the Parks, Recreation and Arts Commission

According to the Measure P website, the commissioners are “tasked with providing transparency and accountability to voters by ensuring proper budgeting of Measure P expenditures.”

The commissioners are appointed by the mayor and confirmed by the city council.

Related Topics:FeaturedFresno Measure P
Up Next