As Carr Predicted, It's Raiders vs. Chargers for AFC Playoff Berth 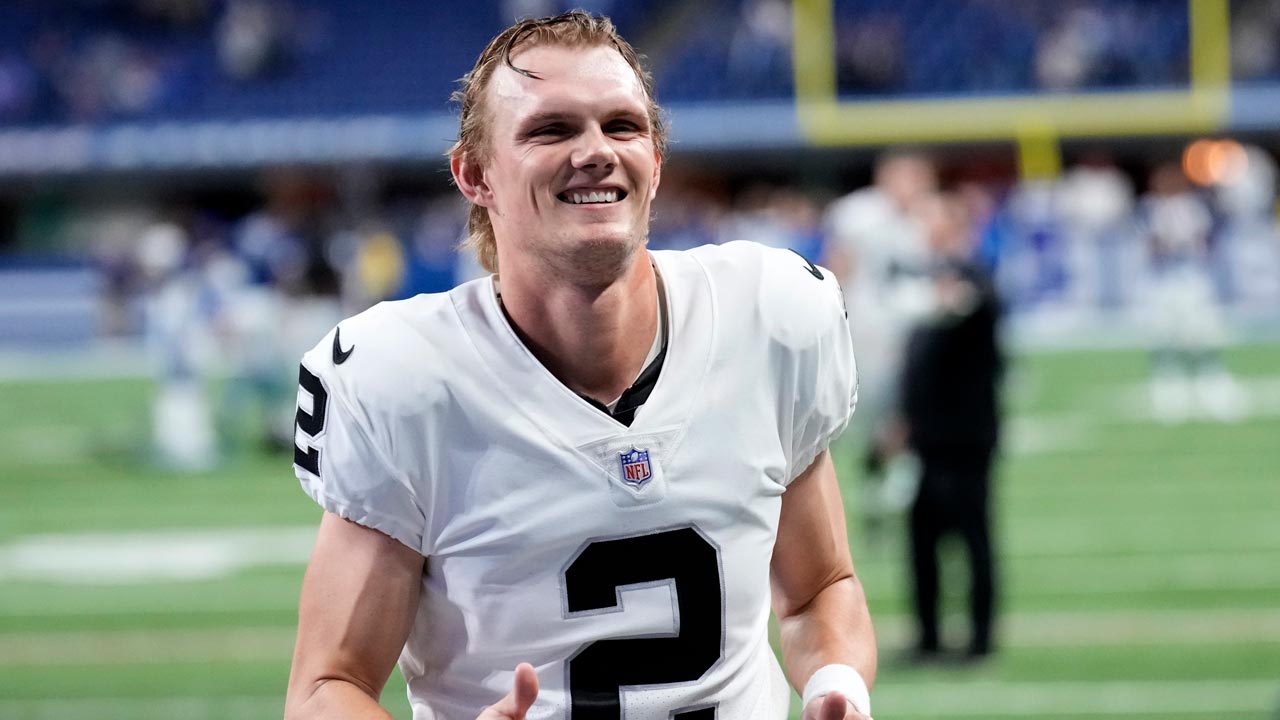 With three weeks to go in the NFL’s regular season, GV Wire football analyst David Carr wrote that a playoff spot would be at stake when the Los Angeles Chargers played at the Las Vegas Raiders this Sunday.

The prediction appeared influenced by the fact that Carr’s younger brother Derek is the Raiders’ starting quarterback, which the elder Carr acknowledged.

“Call me a homer, if you like. A wildcard spot will be decided on Jan. 9, when the Chargers visit the Raiders,” Carr said in his look at the playoff contenders.

At that time, the Raiders had about a 1-in-10 chance of reaching the postseason, according to ESPN’s Football Power Index. But, after a home win against Denver and Sunday’s last-second 23-20 victory at Indianapolis, the Raiders have a 51% chance of securing a wildcard spot, ESPN says.

By winning three straight following a 48-9 shellacking at the hands of Kansas City, the Raiders have given the NFL what it wanted to cap the regular season: a Sunday night showdown for a playoff berth.

To finish off the NFL’s first 17-game season, the league flexed Chargers-Raiders from daytime to primetime. Both AFC West rivals are 9-7 and the winner advances to the postseason.

Even if the Raiders lose, they could still make the playoffs, but it’s a long shot. In that scenario, Baltimore and Indianapolis would also have to finish 9-8, with Las Vegas owning the tie-breaker — wins over the Ravens and Colts. As Indianapolis closes with 2-14 Jacksonville, the Colts are likely to finish with 10 victories.

“We’re finding a way to do it because we have the right kind of guys,” Derek Carr said after Daniel Carlson’s 33-yard field goal pushed them past the Colts. “And there’s never been a doubt, there’s never a finger pointed, you know, at this or that, and this coach is not there … nobody cares.

“We have a bunch of guys that believe that and just keep going.”

It’s been a roller-coaster season for Las Vegas, which lost its head coach, Jon Gruden to a racist e-mail scandal, and cut former first-round draft pick Henry Ruggs III. Ruggs is alleged to have killed a woman after drunkenly crashing into her car at 156 mph.

The latest challenge: KSNV reported today that Raiders rookie cornerback Nate Hobbs was arrested on suspicion of driving under the influence on the Las Vegas Strip on Monday morning.

Officers responded around 4:09 a.m. to reports of a driver asleep inside a car parked on the exit ramp of a parking garage, Las Vegas Metropolitan Police said in a statement.

Carr threw two interceptions on Sunday, giving him a career-high 14 on the season, but he also had 255 yards and a touchdown through the air. Zay Jones had eight receptions for 120 yards, and Hunter Renfrow finished with seven grabs for 76 yards.

“I’m just wired, my mind, my heart, just that way, to love those moments,” Carr said.

Carr is fourth in the NFL in passing yards (4,618) and has thrown 21 TDs despite operating behind a young offensive line that has surrendered 37 sacks.