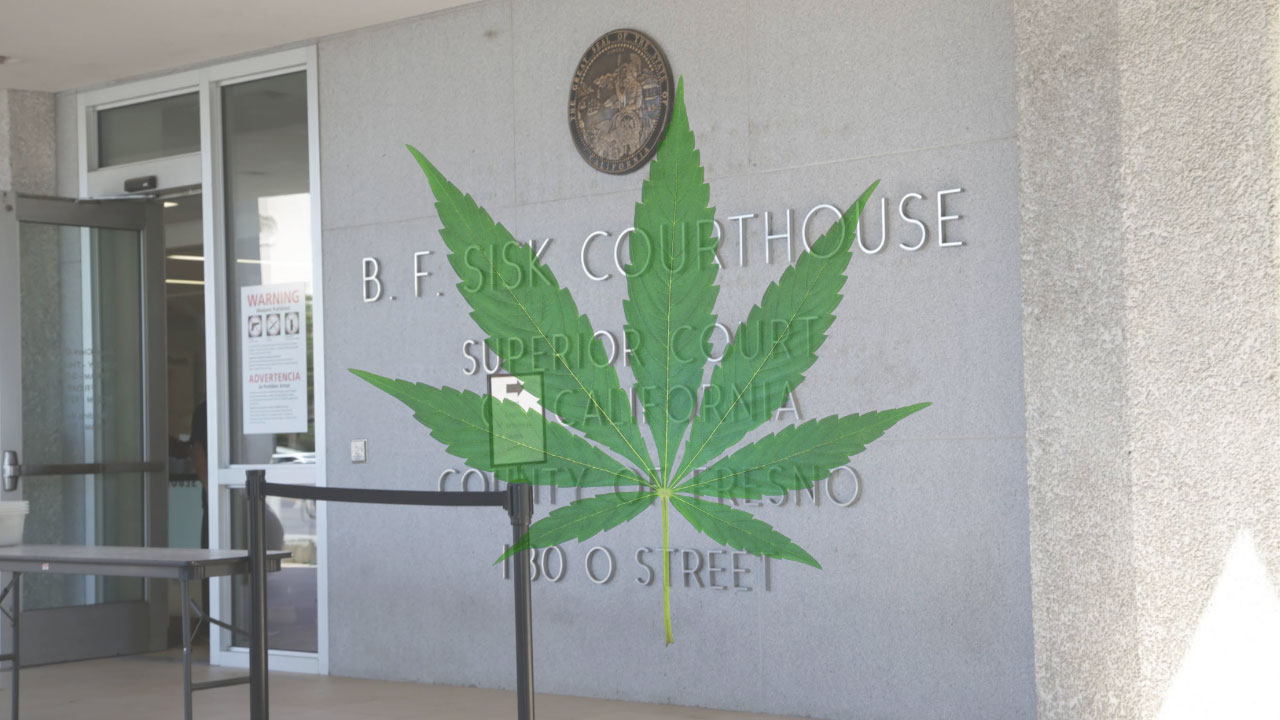 The city of Fresno is facing two more lawsuits over its cannabis program. (GV Wire Composite/Liz Juarez)
Share with friends

Fresno city officials expected litigation from retail cannabis hopefuls who were not picked for a license. It has now become a self-fulfilling prophecy.

Two more lawsuits have been filed at Fresno County Superior Court in the last few weeks. That brings the total to four, with more possible.

Catalyst, a standard applicant, says its competitors aren’t really locally owned and should be disqualified.

SKG Trinity, a social equity applicant, says that the scoring process was vague and didn’t properly vet some of the applicants.

Catalyst Says Some Applicants Are ‘Fake’

By September, the Fresno city manager’s office awarded three licenses in every city council district based on scoring from the application and an interview — 21 in total.  After a city council appeal process in October, four remained up for grabs, one in District 1 covering west Fresno.

Catalyst, a southern California-based cannabis operator, was passed over for a license in District 1. In a lawsuit filed Nov. 30, it says those picked above it were not qualified.

Specifically, Catalyst accused the local owners of two shops that received preliminary approval — Kacey Auston of Lemonnade and Lawrence Artenian of The Artist Tree — as being “fake local ‘front men’ and not really owners.” Applicants received more points for being local.

Catalyst’s argues those three retailers should be disqualified for providing false information, paving the way for an available license.

The marijuana dealer said it had no avenue to express its concerns because city rules precluded it from filing an appeal or even contacting a city councilmember.

The lawsuit asks the court to revoke the preliminary license for Lemonnade and grant a license to Catalyst.

The lawsuit has not received a court date.

SKG Trinity finished 13th out of 17 social equity applicants and was not awarded a license for its 842 N. Fulton Street location.

In its lawsuit filed Dec. 6, it says the city never informed them how points were accumulated on the application.

“SKG was shocked to see that the CITY had requirements that the CITY did not disclose to SKG or the public during the application process,” the lawsuit contends.

For example, the lawsuit says the city did not reveal that points were given for including education and business experience. Applicants with “regulated cannabis experience” also received points. SKG says that missed the point for social equity applicants — licenses reserved for those experiencing economic or environmental hardships or have a previous marijuana conviction.

The lawsuit also accuses the city of not properly vetting whether social equity applicants were a majority owner of the business — a qualifying requirement.

“This misstep ultimately led to the award of the preliminary business permit approvals to individuals or businesses that are not truly “social equity” applicants, but instead were
funded and operated by big businesses and/or out-of-state owners, in contravention of the social equity purpose,” the lawsuit says.

The suit asks the court to invalidate the awarding of the current licenses, prevent the issuance of final licenses, and expenses.

No court date has been assigned.

The Fresno City Council rejected four licenses in the appeals process. City Manager Thomas Esqueda said he would re-award the licenses after the electoral redistricting process.

Because the city council changed some of the district lines, some applicants may now be competing with a new group for the remaining licenses.

Esqueda said previously that standard applicants who qualified for the interview phase, and those on the ranked social applicant list would remain eligible for the remaining licenses.

That will affect Catalyst, the group that filed a lawsuit. Initially in District 1, with the new council lines, the retail hopeful will be in District 3.

One approved applicant in District 7, Haven #1, is now drawn into District 3.

It is unclear if that means Haven would take up one of the remaining District 3 licenses, clearing a new District 7 license or not.

Perfect Union has a motion to halt the entire cannabis permit process scheduled in January.

The first lawsuit, filed in September by two retailers including the owners of Towertopia, has not been served on the city.