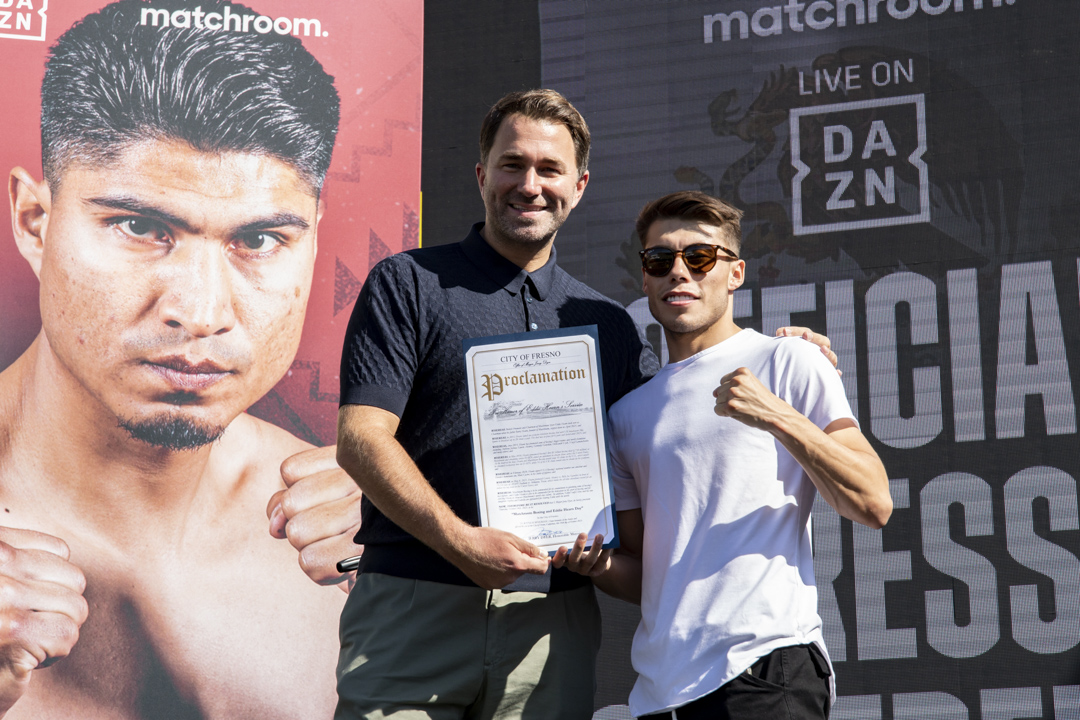 A many time amateur champion, Marc Castro makes his hometown debut as a pro on Saturday night. (GV Wire File)
Share with friends

Fresno boxer Marc Castro (3-0, 3 knockouts) makes his homecoming this Saturday at Chukchansi Park in a bout that will be streamed live on DAZN.

The Sunnyside High School graduate has started his young professional career as part of three marquee events — even opening the main broadcast for the sport’s biggest star Saul Canelo Alvarez.

“I’m ready and very thankful that I’ve had the opportunity to begin my career on such high-profile events,” said, Castro, who fights in the super-featherweight (130 pounds) class. “Not many boxers get that opportunity, I’m ready to show my hometown a good fight.”

Matchroom CEO Eddie Hearn told GV Wire that “Castro is in a very good position to become a major star in the sport and because his hometown of Fresno has supported its fighters, it was an easy decision to bring him here for what should be the first of many fights in Fresno.”

Hearn is a Brit who is one of boxing’s biggest and most successful promoters.

Fresno Mayor Jerry Dyer was on hand to welcome Hearn by declaring Thursday Matchroom Boxing and Eddie Hearn Day in the city of Fresno.

“Anytime you want to bring boxing to Fresno, we’ll roll out the red carpet and there’ll be no red tape,” Dyer said. “Eddie could have chosen any other city to bring this fight but he chose Fresno.”

Related Topics:BoxingMarc Castro
Up Next