Castros Knock at the Door of Their 2020 Olympics Dream 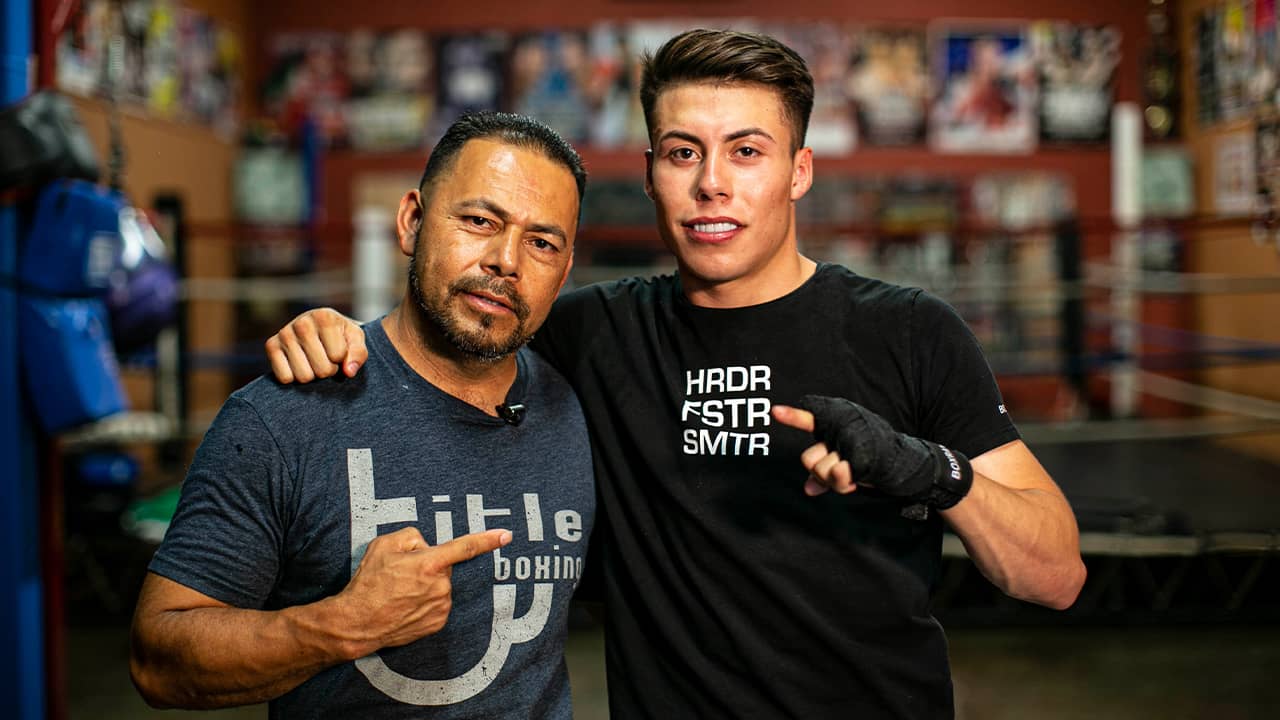 It’s well above 110 degrees inside the small gym a stone’s throw from the Clinton overpass in west-central Fresno on a recent Saturday afternoon.
“Boom-boom, boom-boom,” grunts 19-year-old Marc Castro when his rapidly firing gloves strike the mitts of his dad and trainer, Tony Castro.

Like many young boxers across America, the soon-to-be Fresno State junior dreams of representing the USA at the 2020 Olympics in Tokyo.
Yes, it’s a big dream.
But Castro has broken it down into a series of increasingly bigger goals over the past four years. Sacrifice, dedication and keeping eyes forward are his mantras.
“There are a lot of sacrifices you have to make, my parents and myself. Not going out with friends, not staying out late, or missing birthday parties. Knowing that you have to train,” Castro says. “It’s a sacrifice you’re willing to make for a better future and a goal you’re trying to achieve.”

“I’ve seen people work hard and people waste talent. That’s why I give my all no matter what the circumstances are.” — Marc Castro
For example, when he won flew to Russia in 2015 for the junior world championships, he didn’t sight-see — other than what he absorbed between the hotel and the arena. Castro had a job to do and he returned with his arms raised in victory.
“I was on a business trip,” he says. “That’s how I look at it.” 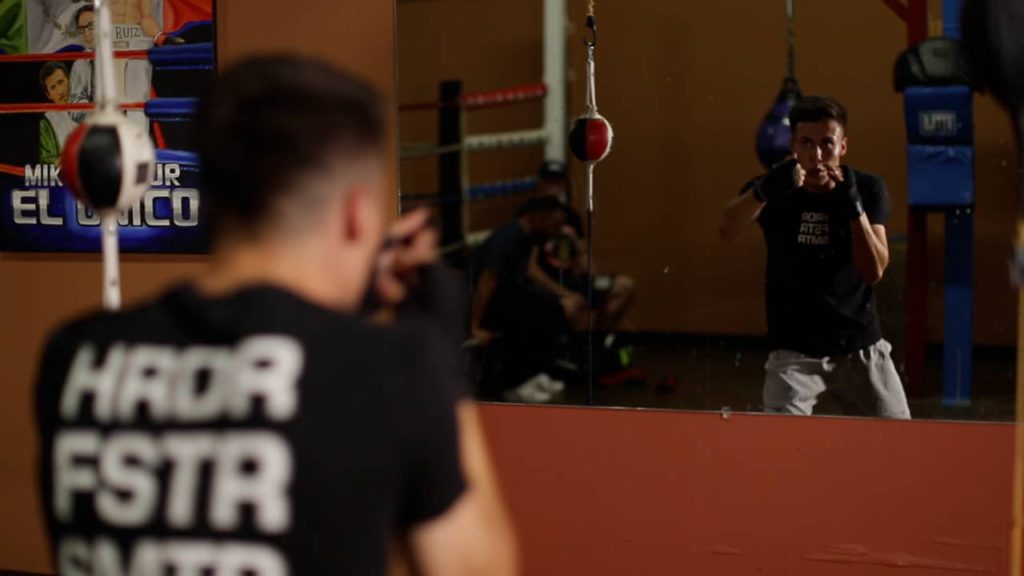 This approach has returned big dividends. The 5-foot-7, 125-pounder is a two-time junior world amateur champion and has won 17 national titles. And he is a member of USA Boxing elite men’s team.
“I’ve seen people work hard and people waste talent. That’s why I give my all no matter what the circumstances are,” Castro said in a social media post a few months back.
Don’t get the wrong impression. Castro likes having fun. An example: sparring with Marcus McMaryion, the 6-foot-2, 203-pound quarterback who guided Fresno State to a school-record 12 victories in 2018.

For Castro, giving his all means running up to 30 miles a week, keeping a close watch on his weight, and sticking to a rigorous training schedule. During the school year, it also means hitting the books with the same ferocity that goes into a left hook.


Related Story: Is Jose Ramirez the Best Boxer Ever from Fresno Area?

This Boxer Is a Bookworm, Too

He graduated from Sunnyside High School in 2017 as a valedictorian despite traveling to international tournaments and holing up in Colorado Springs at the U.S. Olympic Training Center.
“There are not many like him,” says Sunnyside principal Tim Liles. “His maturity, humbleness, and high character set him apart. For Marc to become a valedictorian with all of his training and travel is something I’ll always remember. He did independent study from Colorado Springs and maintained straight A’s.”
I asked Castro to name the teachers who inspired him or helped him at Sunnyside. He paused and carefully chose his words.
“I would have to say everybody,” he said. “They all were genuinely nice and understanding about my boxing career.”


“For Marc to become a valedictorian with all of his training and travel is something I’ll always remember. He did independent study from Colorado Springs and maintained straight A’s.” — Sunnyside High School principal Tim Liles
He paused again: “The AVID program helped keep me on track.” AVID stands for Advancement Via Individual Determination. A perfect fit for a boxer-student who wakes up every morning determined.
Then he broke into a smile and cited Sunnyside’s DLAM Club. As in Don’t Laugh at Me. It’s an anti-bullying club that puts on skits at schools throughout Fresno Unified.
“That’s Marc,” says Liles. “He didn’t want to name anyone because he didn’t want to hurt someone’s feelings by leaving their name out.”
Book smarts and ring smarts can be entirely different things. Tony Castro, who works in construction, says Marc has both. And that could be his edge against the other American bantamweights with designs on Tokyo.
“He can figure out his opponent after just about 10 seconds in the ring,” Tony says, making his point while exaggerating the way proud fathers do about their sons and daughters.
Another advantage Marc has, says his dad, is that he can fight orthodox or flip to southpaw on a moment’s notice without sacrificing punching power. This enables Marc to have an additional option against a high-caliber opponent at a critical juncture. 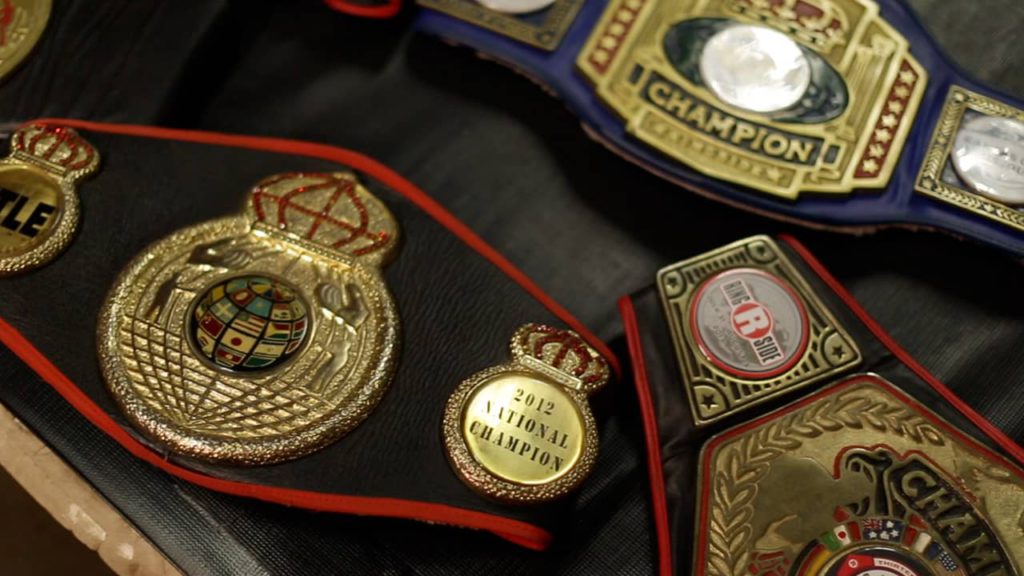 In addition to becoming one of the world’s most accomplished amateur boxers, Marc Castro was a 2017 valedictorian at Sunnyside High School. (GV Wire/Jamie Ouverson)

In the Beginning, Castro Was a Reluctant Boxer

Boxing is a sport with a long tradition of fathers training sons. Tony is a former amateur boxer who moved to Fresno from the San Fernando Valley. As a youngster, Marc’s favorite sport was soccer. But Tony insisted that Marc at least give boxing a try. As Tony saw it, the sport would teach his son discipline and how to protect himself in a tough neighborhood.
Marc was just 4 years old the first time his dad put gloves on him.
“I didn’t like it,” he admits.
But he stuck with it, training after school in the gym Tony built in the Castros’ garage.
His love for the sweet science grew. Then, in Russia after winning the junior world title, Marc saw with clarity what boxing could deliver for himself and his family. He became serious about making the 2020 U.S. Olympic team.

What must happen for father and son to realize their shared goal?
Win the Olympic Trials, scheduled for Dec. 10-15 in Lake Charles, Louisiana.
First, Marc needs to qualify for the trials. He can do that by finishing first or second at the Eastern Trials Qualifying tournament Oct. 5-12 in Columbus, Ohio. Or by locking down a first or second at the Last Chance Trials Qualifier Nov. 10-16 in Colorado Springs.
“Marc will get it in Columbus,” Tony says. “The Last Chance? We don’t want to take that risk.”

A Boxer With Options

During 90 minutes of conversation, neither father nor son talked about winning an Olympic medal, much less leaving Tokyo with gold draped around Marc’s neck. First things first. A couple more business trips before they ponder Tokyo.

Postcards From Iran: One Highlight After Another