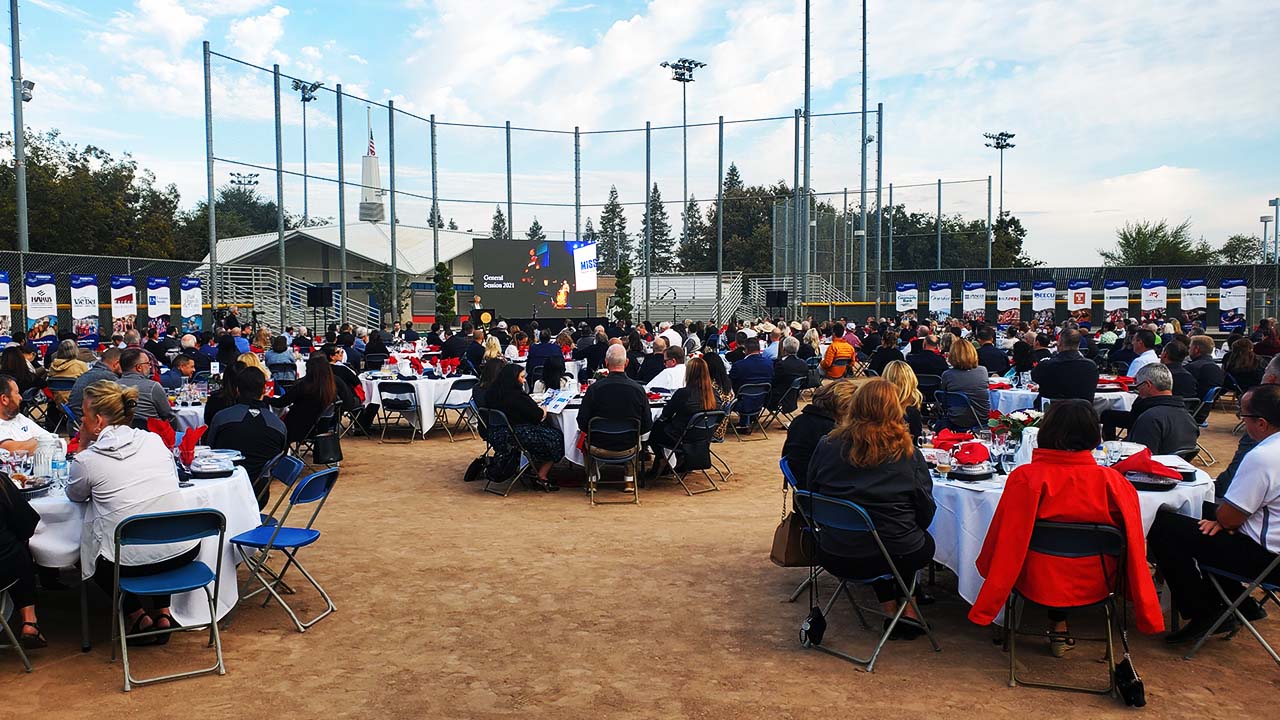 The 2021 Superintendent's Breakfast hosted by the Foundation for Clovis Schools was held on the softball diamond at Buchanan High School. (GV Wire/Jahz Tello)
Share with friends

More than $100,000 was raised by the Foundation for Clovis Schools at Thursday’s Superintendent’s Breakfast, held on the softball field at Buchanan High School in northeast Fresno.

The foundation board voted in June to establish the leadership academy, where current and prospective leaders will be trained and mentored in the principles that Buchanan established decades ago and that still guide the district today.

“Because as Clovis Unified begins to get bigger and bigger and there’s less people who understood Doc Buchanan and some of his tenets, they realize that they need to recommunicate their core principles to all the new staff who are coming into Clovis Unified and the new educators in the leadership,” Fennacy said. “And so that Doc Buchanan Leadership Academy will really help maintain the core and the vision for Clovis Unified.”

The breakfast fundraiser also brought news of a name change for the district superintendent, who explained that she has reverted to her maiden name of Dr. Eimear O’Brien. O’Brien said that after her divorce two decades ago she kept her ex-husband’s last name of O’Farrell because she had young children, but a few years ago she started mulling over reverting to her birth name.

Thursday’s event, which attracted about 475 elected officials, educators, and other community members, was a welcome reunion after the separations forced by the COVID-19 pandemic, O’Brien said. In prior years the annual fundraiser was held indoors at the Clovis Veterans Memorial District and was held virtually last year.

The podium for this year’s breakfast was set up near home plate on the softball diamond. Fortunately, the smoky skies that plagued the Valley earlier this week were cloud-bedecked but otherwise blue on Thursday. 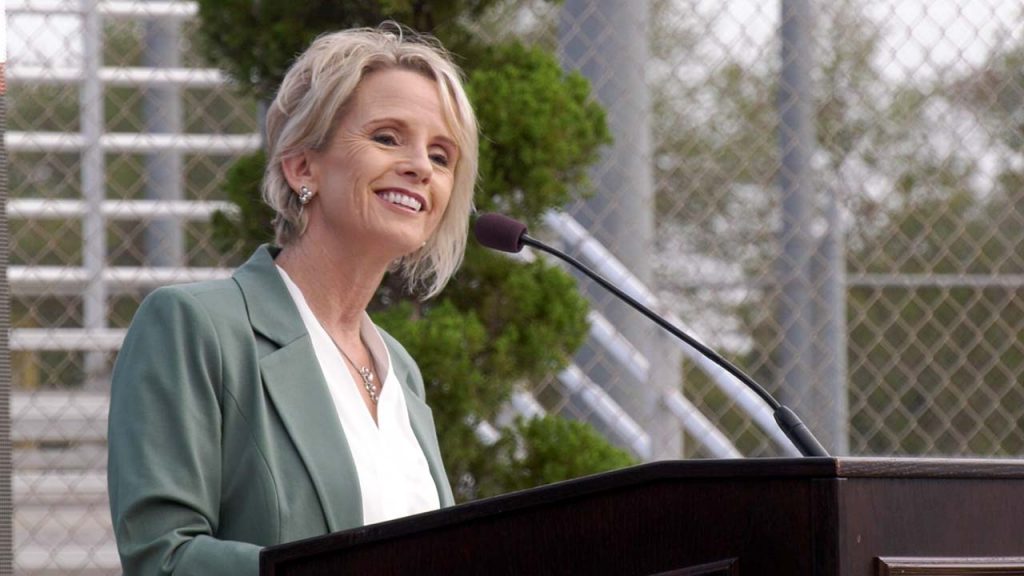 ‘Kids Do Best in Classrooms’

The district remains committed to following health and safety rules mandated by a number of different agencies, even while it maintained its focus on getting students back into classrooms for in-person learning. O’Brien said she learned from Jim Yovino, the Fresno County Superintendent of Schools, at the end of 2020 that Clovis Unified had brought more children back into classrooms than any other district in California.

She recalled being asked by GV Wire publisher Darius Assemi on “Unfiltered” about whether students would be missing out on an entire year of school because of the pandemic. In Clovis Unified there was no hiatus, and educators searched for alternatives to keep students engaged and learning, she said.

But, O’Brien said, “I’d be lying if I didn’t acknowledge that ground has been lost, whether academically or social emotionally, our kids need us now more than ever. To that end, we continue to focus on making sure our kids are in school.

“State mandates about masks or vaccines aside, that remains our No. 1 goal. We know that our kids do best when they are in our classrooms, on our fields and stages, working under the watchful eye of our amazing teachers and educators. Already we have seen the difference in our students.”

O’Brien told GV Wire afterward that Gov. Gavin Newsom’s upcoming vaccine mandate for schoolchildren is already raising the ire of parents, some of whom addressed the board Wednesday evening.

“We haven’t actually even had time to evaluate the nuances of that and what the exemption process will look like. But I do know that even people who are very pro-vaccine take issue with being mandated, especially when we’re talking about young kids and a vaccine that’s relatively new,” she said. “So I think it will be actually more controversial than the mask issue. And there’s going to be a lot of conversations. I wish I had answers right now, but I don’t, and I’m just hoping that over time that we’re able to navigate this successfully.”

The pandemic forced Clovis Unified to encounter many obstacles and required creative thinking to overcome them. Obstacles and challenges remain this year, such as a shortage of substitute teachers and bus drivers. O’Brien recounted how Matt Verhalen, principal at Lincoln Elementary School, stepped in to substitute for four days in a kindergarten class and taught the youngsters the meaning of curiosity by bringing a bear skull from his office bookshelf to show the class.

The foundation has been and continues to be key to helping the district address needs that would otherwise go unmet, O’Brien said. She noted that Clovis Unified receives about $11,050 annually per student, more than $2,000 under the county average of $13,711 per student. The amounts are set by the state’s funding formula that includes extra money for low-income, English learner, foster, homeless, and special needs students.

Even though the district gets less money than other districts, Clovis Unified voters have thrown their support to making sure district facilities get fully funded, O’Brien said.

She noted that voters approved the $335 million Measure A bond measure in November 2020, which will help pay for the new Terry Bradley Educational Center in southeast Fresno. O’Brien said the Clovis trustees on Wednesday voted for a construction contract in excess of $300 million to build the first phase of the new center, which will open with a middle and high school and later include an elementary school.