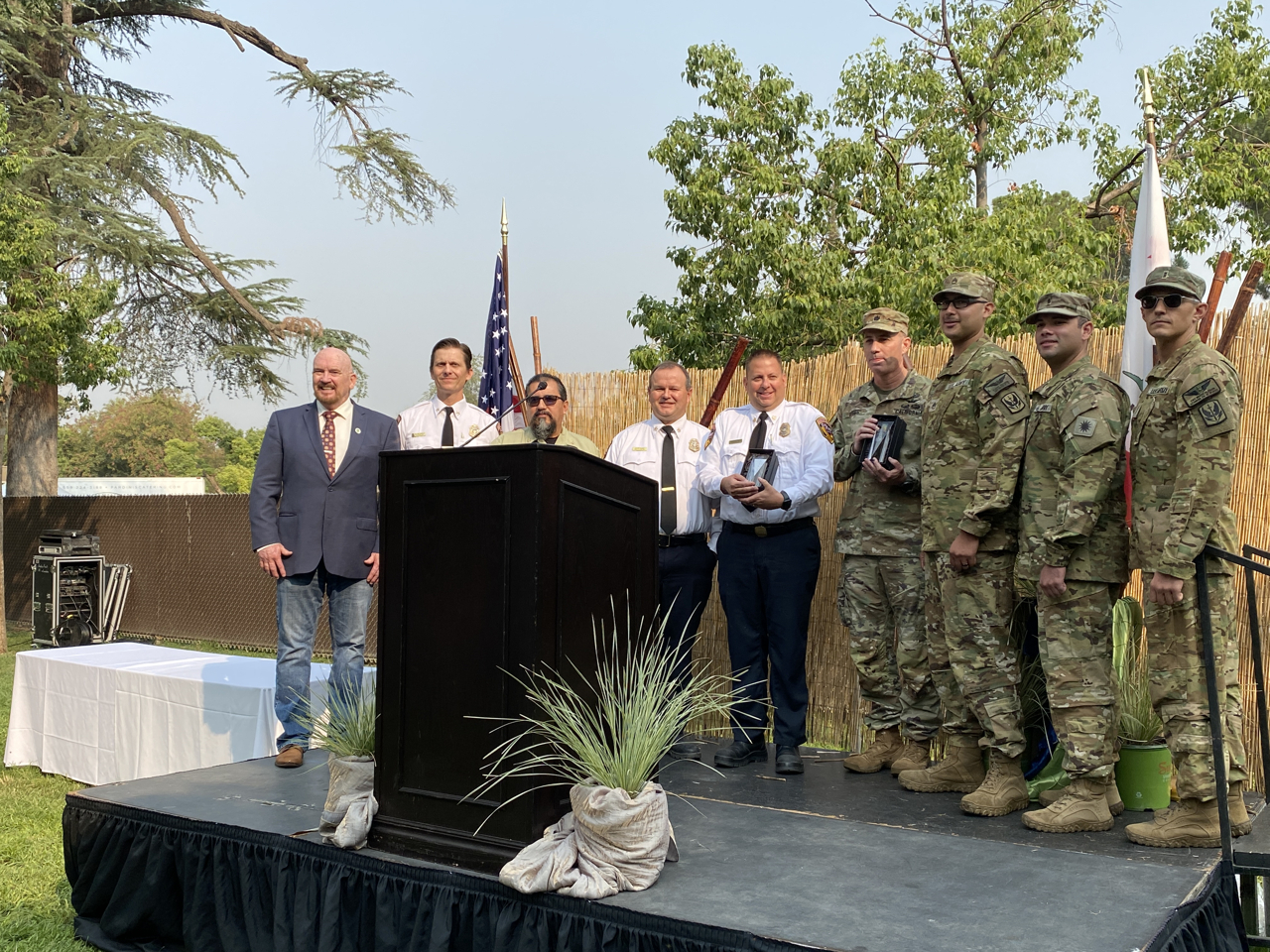 On a scale of 1 to 10 for danger in a mission, National Guard members rated the rescue of stranded hikers and campers at Mammoth Pool a 10.

“We did not know what we were getting ourselves into,” Staff Sergeant George Esquivel, a Los Banos native, said. “We had a job to accomplish and we were all safe and we were all comfortable with whatever obstacles headed our way.” 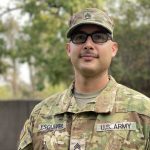 “We did not know what we were getting ourselves into.” — SSgt. George Esquivel

One year after the daring rescue mission by the California National Guard, the Fresno Chamber of Commerce recognized the Creek Fire heroes. The ceremony was part of the annual State of the County Breakfast, held Wednesday morning at the Fresno Chaffee Zoo. The National Guard was honored along with Cal Fire.

As the Creek Fire raged, the National Guard was tasked with rescuing 214 people trapped at Mammoth Pool Reservoir in Madera County. Two helicopters, a Chinook and a Blackhawk, flew back and forth three times to the rescue site and the National Guard base adjacent to Fresno Yosemite International airport. 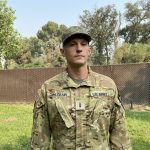 “This was a unique experience. However, everything that we did, flying at high altitude, flying heavy, flying over smoke, night vision goggles, it’s all things we’ve done before.” — Chief Warrant Officer 3 Brady Hlebain

Chief Warrant Officer 3 Brady Hlebain was a co-pilot of the Chinook. The crew launched out of Stockton, only knowing that people needed help.

“We ended up using our night vision goggles to see through the walls of smoke so we could see the fire and embers on the other side of it, which allowed us to find a canyon that got us to Mammoth Pools,” Hlebain — a Milwaukee native now living in Fresno — said.

The helicopters landed at the only area not on fire, the boat launch.

“Our flight engineers, George Esquivel and Cameron Powell were able to see the ground, even though we were engulfed in a cloud of smoke and sand. They called us down to the ground. We dispatched them out to the evacuees. They did a quick triage, determine who was burned, who was injured, who needed to go on the first lift out,” Hlebain said. 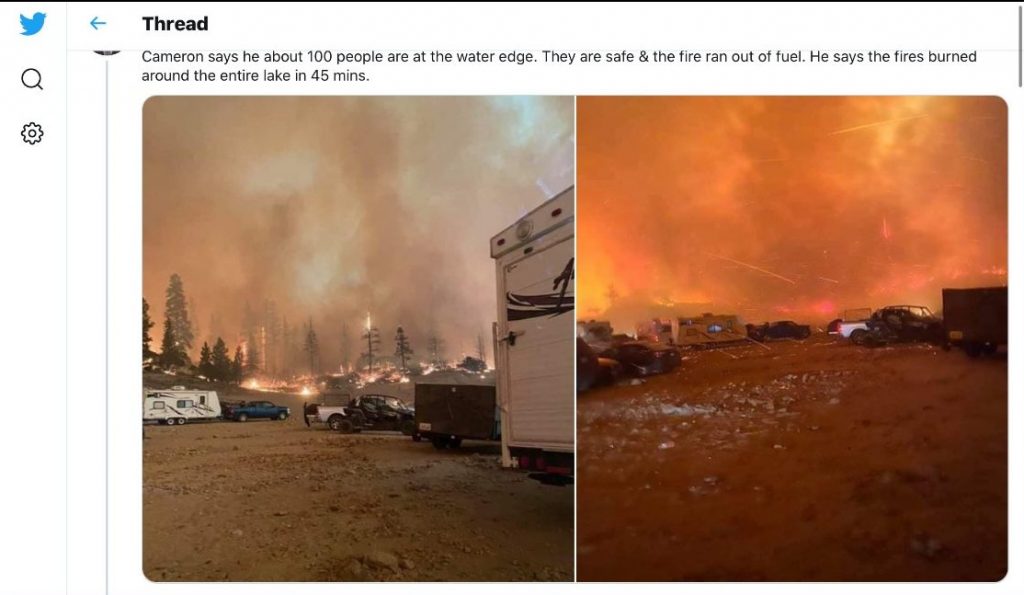 “We don’t train for that situation right there. That area that we were in was definitely no one should have been in there,” Ezequiel said.

Chief Warrant Officer 2 Irvin Hernandez, a Parlier native who piloted the Blackhawk, didn’t realize how much danger they were in.

“Where it hit me was after the first round from the first rescue, once we landed and I looked back and I see the families — I can see the fear, but also a sign of relief in their eyes,” Hernandez said. “As long as the night goes on, it’s going to get worse and worse. It’s going to be more dangerous.” 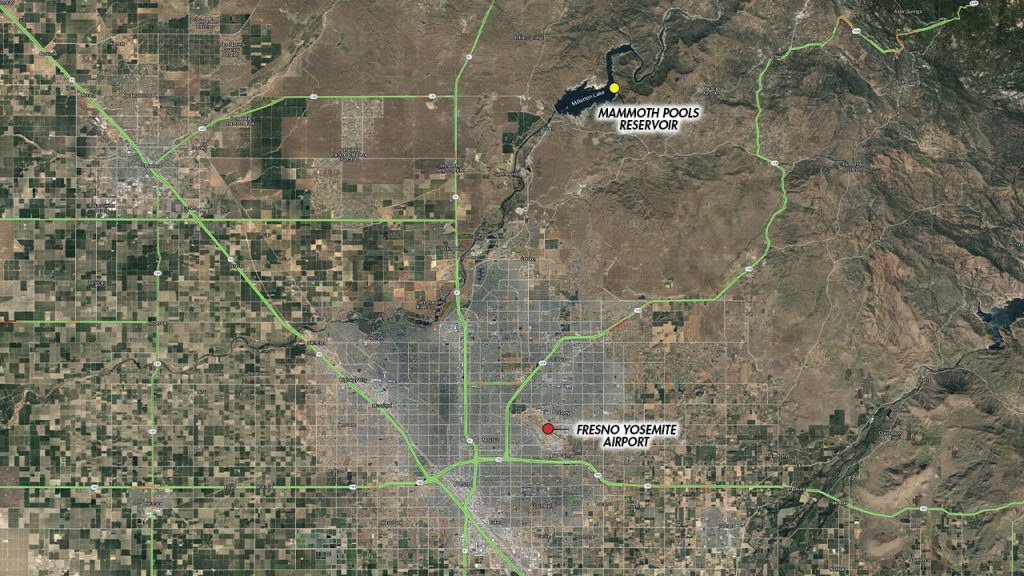 Hernandez called it a scene out of a movie.

In his service, Hlebain never seen anything like the rescue mission.

“This was a unique experience. However, everything that we did, flying at high altitude, flying heavy, flying over smoke, night vision goggles, it’s all things we’ve done before. This was one of the first times that we kind of brought all those things together,” Hlebain said. 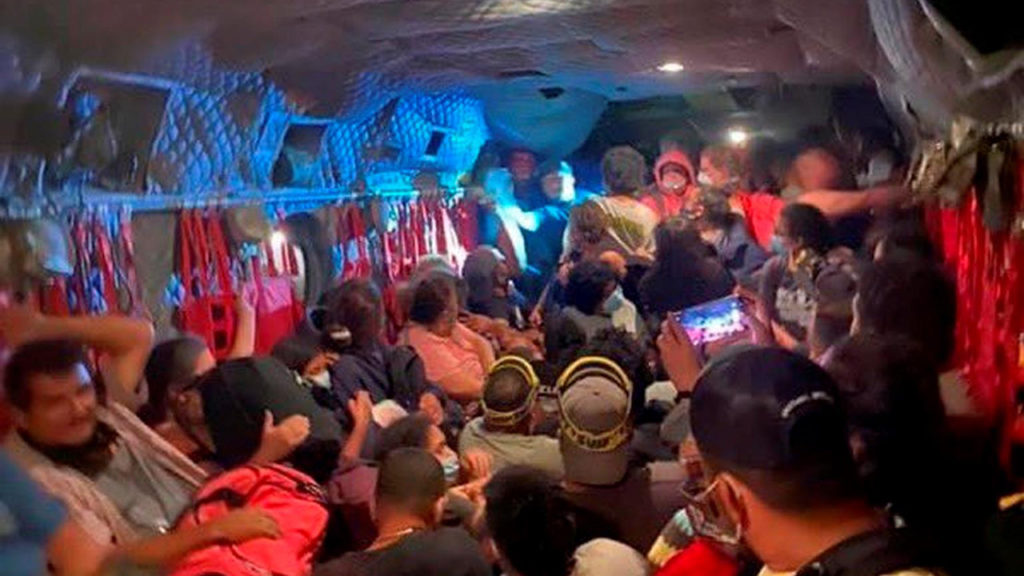 Why They Wear the Uniform

The soldiers appreciated the recognition, but said protecting lives is their job.

“It’s the reason that soldiers wear this uniform. We joined the military to protect this country and to protect our communities. It’s an honor. It’s a privilege. I’m grateful for the opportunity to do this. But this is why we have a job, why we exist,” Hlebain said.

“I’m just the guy standing up here grabbing the award. I represent the Army and the National Guard and all the other soldiers. We were the ones who got the call. We were on duty. So we did this mission there. No doubt in my mind that every other soldier at my unit and in the Fresno in the National Guard would do the same thing under the same circumstances,” Hlebain said. 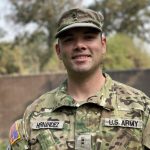 “They’re the ones fighting the battle back home. We just leave, we pick up our bags and they’re left with all the responsibilities being at home, kids, work as well. And we’re just out there doing our job.” — Chief Warrant Officer 2 Irvin Hernandez

“They’re the ones fighting the battle back home. We just leave, we pick up our bags and they’re left with all the responsibilities being at home, kids, work as well. And we’re just out there doing our job,” Hernandez said.

“We were really worried about them because we didn’t know all of the details. We just knew that it was a very serious mission and very dangerous. We’re proud of him and all of his accomplishments and everything that he sacrificed and how many people he helped,” Ramos said.

“It’s kind of exciting to see him save people,” Salmann said.