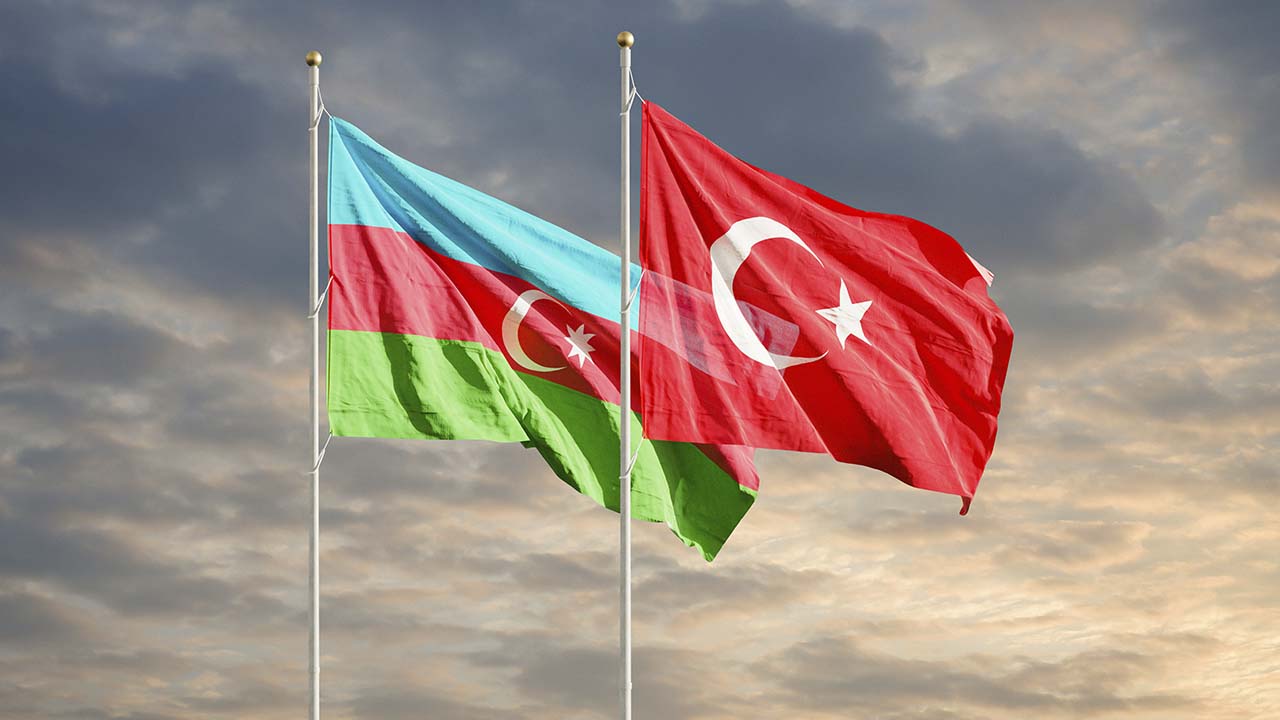 We have been fed the narrative, by the press and governments, that a terrorist dwells in the desert, shouts “Allahu Akbar” as he haphazardly fires his AK-47, and has advanced from hijacking airplanes to overrunning countries. The terrorist we imagine is dressed in attire appropriate for the desert. Running parallel to this is a disinformation campaign designed to create a false narrative that Turkey, and its lackey Azerbaijan, are anything but terrorists.

Turkey did a remarkable job of rebranding itself when the Ottoman Empire collapsed a century ago. The fez, a telltale sign you receive mail in the desert, was banned; men swapped tunics for Tommy Hilfiger. The Ottoman Turkish Empire morphed into the Republic of Turkey, who quickly hoisted the “under new management” banner. The change was in name only as Turkey left unchanged many of its predecessor’s business practices.

With nothing distinguishable between them, they are one and the same. Chief among certain unchanged business practices is genocide. Turkey invented genocide and unleashed it on the Armenians beginning in 1915. When Mustapha Kemal Ataturk initiated the Ottoman-to-Turkey name change in 1923, no decree was signed ending the Genocide. In fact, it continues today. Turkey is the original terrorist state – this is the new narrative. 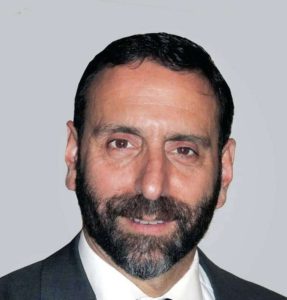 After the First Republic of Armenia folded in 1920, the Soviet Union’s presence served as an iron curtain behind which Armenians were safe from the Turkish sword. Opposite that curtain, Turkey destroyed nearly every sign of anything Armenian.

By 1991 the curtain lifted and beginning in 1992 Turkey was making plans to invade today’s Armenia. Intent on finishing what it started in 1915 and fulfilling the dream of Pan Turkism (a race-based ideology, not unlike Nazism, connecting the Turkic states from the Asian Steppe to the Bosporus), the only thing in the way was Christian Armenia. But Turkey, aware of its manufactured and false reputation as a Western ally, needed a stooge – Azerbaijan would be a perfect fit.

As much as the Soviet Union offered protections to its constituent republics, it let certain things go. The historic Armenian territories of Nagorno Karabagh (Artsakh) and Nakhichevan are perfect examples. Early in the Soviet Union, Commissar of Nationalities Joseph Stalin, cunning and twisted, gave these two territories to Soviet Azerbaijan. Armenians of Nakhichevan were forcibly resettled to Soviet Armenia, after which a campaign of complete erasure of Armenian presence occurred.

Prior to the Soviet Union’s demise, nearly 100 Armenian churches stood in Nakhichevan (geographically, the size of Madera County) and thousands of ornate khatchkars (cross stones), unique to Armenian culture. After Azerbaijan’s independence, and due to its destructions of anything Armenian, UNESCO declared the Julfakhatchkar field a protected site. But laws be damned – in 2005 an Armenian priest in Iran, directly opposite Julfa, filmed the Azeri military entirely demolishing its nearly 2,000 khatchkars.

Azerbaijan responded that reports of wrongdoings were due to “Armenian propaganda”; regarding the absence of these churches and structures, Azerbaijan claimed Armenians were never there in the first place. The unpunished destruction in Nakhichevan has been described as the greatest campaign of cultural cleansing this century, exceeding the destruction caused by ISIS.  That’s no surprise since Turkey, Azerbaijan’s mentor and ethnic brother, performed the greatest campaign of cultural, and ethnic, cleansing of last century. Today, no trace of anything Armenian remains in Nakhichevan.

Armenians Flee and Fight for Their Independence

While Nakhichevan was being cleansed of all things Armenian, the Armenians of Artsakh remained the population’s majority but, as Armenians under Azeri (Turkic) rule, they were second-class citizens. With Moscow rejecting decades of reunification requests with Soviet Armenia, the Artsakh governing body voted nearly unanimously for reunification in 1989 – furious with this, the Azeris attacked Armenians in Azerbaijan – rape and murder was commonplace. Armenians fled to Soviet Armenia and as the Soviet Union collapsed, the Azeri military turned its guns on the Armenians of Artsakh with devastating results. Seeing that genocide was the natural next step, the Armenians organized, fought back, and won their independence.

Although a cease-fire was signed in 1994, for the Azerisit was on paper only. From then on they continually violated the cease-fire, killing soldiers and civilians alike. Not once did the Armenians violate the cease-fire; yet not once was Azerbaijan called to answer. In fact, both sides were told to refrain from violence and continue negotiating. The victim was labeled an equal aggressor while the aggressor was labeled an equal victim. This bought Azerbaijan time to bribe and manipulate the press and governments.

Because the West knew there was oil in the Azeri-controlled Caspian Sea it was loathe to criticize ever-increasing Azeri aggression. Once the oil began flowing, the money began flowing, from Baku straight to Western press and legislators. One of the largest bribery schemes ever, totaling nearly $3 billion, the “Azeri Laundromat” was a well-conceived scheme to dupe the civilized world into believing that a terrorist state was one of them. Sadly, it has worked as planned.

The choreographed mischaracterization of this war and its players also bought time for Azerbaijan to purchase weapons, mostly suicide drones from Israel. Azerbaijan repeatedly declared it would retake Artsakh by force. The time to launch a full-scale invasion was September 2020. Azerbaijan had Turkish commanders on the ground training Azeri soldiers; Turks also engaged in the ground and air invasion. Put into clearer context, Turkish strongman Erdogan recently reminded the world that Turkey and Azerbaijan are “one nation; two states”. With Turkey’s help, Azerbaijan imported Islamic jihadist terrorists to fight against the Christian Armenians. Put into even clearer context, Azerbaijan is now doing Turkey’s bidding.

During the invasion, the Azeri military targeted schools, maternity hospitals, residential neighborhoods, churches and other civilian targets with suicide drones and banned cluster bombs. Since oil money buys a lot of silence, nobody said a word about these war crimes. The ever-emboldened Azeris then unleashed the banned chemical weapon white phosphorus.

Armenians Continue to Be Victims to Violence and Racism

Azeri Dictator Ilham Aliyev is currently, despite a ceasefire and following the blueprints of Turkey and ISIS, destroying Armenian churches and culture in Artsakh. He claims that various regions of Armenia proper, including the capital, Yerevan, are Azeri lands and will be liberated. To this end, Azeris are attacking Armenia proper with terror tactics and infantry incursions. Aliyev is diverting water from Artsakh. Anti-Armenian sentiment in Azerbaijan is on par with the racist rhetoric of the Nazis. Institutionalized dehumanization of Armenians occurs all across Azeri society, including pre-schoolers. Turkey’s Grey Wolves, a nationalist terror group that has been banned in France, has established a school in Artsakh.

Today’s genocide-minded terrorist does not need weaponry, but rather money to bribe and spineless press and legislators to receive. Turkey and its partner in crime Azerbaijan know this well.

The key ingredient, however, is hate.  A recent article on North Korea stated: “It’s just the worst place on earth, and a symbol of what man’s ingenuity and tenacity can achieve when organized for evil”. This is Turkey and Azerbaijan. For the past century the world has watched with blind eyes wide open Turkey, and now Azerbaijan, go unchecked. Last week Erdogan said he’s “open to cooperation” with the Taliban. There are 1,000 Azeri soldiers in Armenia proper. The time to accept the new narrative is now.

Marshall Moushigian is an attorney and financial adviser in Fresno.