Being Called Nazis Doesn't Faze Clovis School Trustees. But They Don't Like it Either. 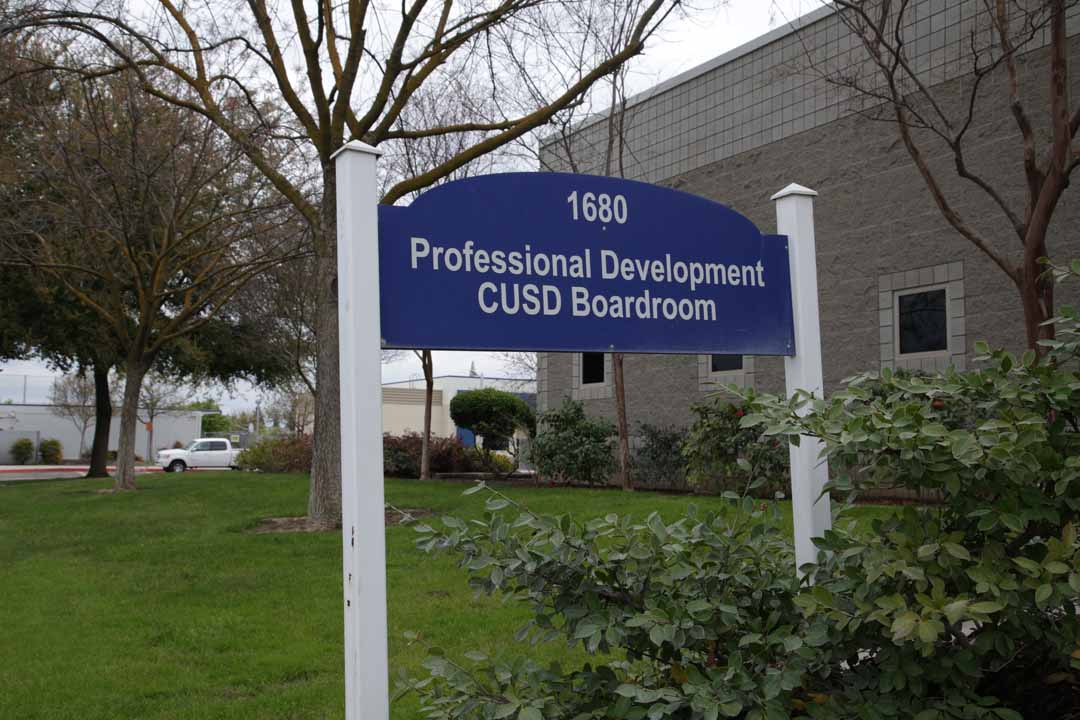 Clovis Unified trustees, like others around the nation, are facing hostile constituents opposed to mask mandates. (GV Wire/Jahz Tello)
Share with friends

Another epidemic is sweeping across the nation and showing up at local School Board meetings. Symptoms? Name-calling, insults, political hyperbole, anger, and frustration.

And it seems that no School Board is being spared.

Clovis trustees pointed out that the name-calling and insults are counter-productive. It’s not clear whether the trustees’ message got through — their comments came at the meeting’s end, after many audience members had departed.

“A lot of things that were said tonight were pretty outrageous,” Trustee David DeFrank said that night of the name-calling and insults. “It’s pretty frustrating when this board has done quite a bit to try to afford parents as much choice as is permitted under the law, and then to be compared to Nazis and things like that. … Quite frankly, it’s outrageous and it’s frustrating. But I wish we could raise the level of discussion that we’re having. I’m so hopeful we can do that. I’m not terribly confident, but I hope that we can.”

Board president Steven Fogg told GV Wire this week that this isn’t the first time he’s seen vitriol and emotion from community members concerning red-hot issues. Not long ago, he said, revisions of the district’s dress code sparked similar outrage.

Passion is Good, But Stay Respectful

While he admires parents’ passion and enthusiasm, Fogg said, some community members seem to be more focused on political theater than in having a conversation.

He said he believes the type of heated rhetoric on display at board meetings is fueled by outside social media sources.

Parents should absolutely ask questions and raise concerns, Fogg said. But their message can get muddied when they shout into the podium microphone and engage in name-calling, he said. “It damages their credibility by the way they are reacting and the way they are overreacting. They lose support.”

He said he wasn’t offended when one speaker referred to him as “Dr. Foggci,” conflating his name with that of Dr. Anthony Fauci, chief medical adviser to President Biden.

“We need to get past the words and focus on their feelings,” he said. “Why are they frustrated? Why don’t they feel like they’re being heard? As elected officials, how do we listen to every side, and still move forward in healing?”

Pressure on School Boards clearly has intensified over the past year. The Associated Press reported that police have been called to intervene in places such as Vail, Colorado, where parents protesting a mask mandate pushed their way into a board room in April, and in Mesa County, Colorado, where School Board members had to be escorted to their cars.

Clovis Unified has increased the number of district police officers at the meetings in response not only to the larger turnouts, but also to increased unruliness among participants, deputy superintendent Norm Anderson said.

If nothing else, the presence of police will help reassure other audience members fearful that because they are expressing different opinions and could become the target of hostility, he said.

District officials hope that all audience members will model the type of respectful and nondisruptive behavior that’s expected of the district’s 43,000 students, Anderson said.

The goal is to have civil discourse, he said, even in conversations about controversial matters.

The hostility seems particularly acute in California. Schools here remained closed to in-person instruction to slow the spread of the coronavirus for a longer time than other states, and California requires students and school staffers to wear face masks except in cases of exemptions, said Troy Flint, spokesman for the California School Board Association.

The rapid escalation of hostility has caught School Board members off-guard and has contributed to higher numbers of trustee resignations as well as recall efforts in California this year, he said.

Why target School Boards, especially if their hands are tied by state mandates? Parents and community members, frustrated by pandemic restrictions, can’t take out their anger on their state senator or Assembly member, but they can show up twice a month at School Board meetings and yell at trustees, Flint said.

School Board members “end up being the punching bag for things that are to a large extent out of their control,” he said.

The assaults thus far appear to be primarily verbal, although the Associated Press reported some School Board members around the nation also fear physical reprisals.

One community speaker at last week’s Clovis Unified board meeting seemed to hint at such a thing. Josh Fulfer, a vocal conservative who has put himself at the forefront in protest events, referred obliquely to the Second Amendment during his three minutes at the podium. The amendment codifies Americans’ constitutional right to keep and bear arms.

“I believe in freedom. I believe that we have the First Amendment, we’re using it, and God forbid we ever have to go to the next amendment because that’s what it was created for,” he said.

Not What They Expected

Moore and DeFrank were elected to their first terms on the board in the 2020 elections. Both said they weren’t expecting to encounter the hostility and disruptive behavior that has flared up at recent board meetings. But they say they’re trying to take it in stride.

DeFrank said he hopes parents and community members will keep in mind that they and the School Board have the same goal: To provide the best education possible for Clovis Unified students.

Parents who continue to lobby the School Board on the mask mandate don’t want to recognize that the Clovis trustees are bound by their oath of office to uphold state law — and don’t acknowledge that trustees wanted to give families more options regarding mask use before the state issued its mandate.

“I think that passion can be a good thing, tempered by self-control,” DeFrank said. “Let’s figure out the best path forward.”

Related Story: Clovis Man is ‘Making It’ on National TV After Baseball Career