Where Were Warrior Mascot Activists During Debate Over Filling Fresno Trustee Seat? 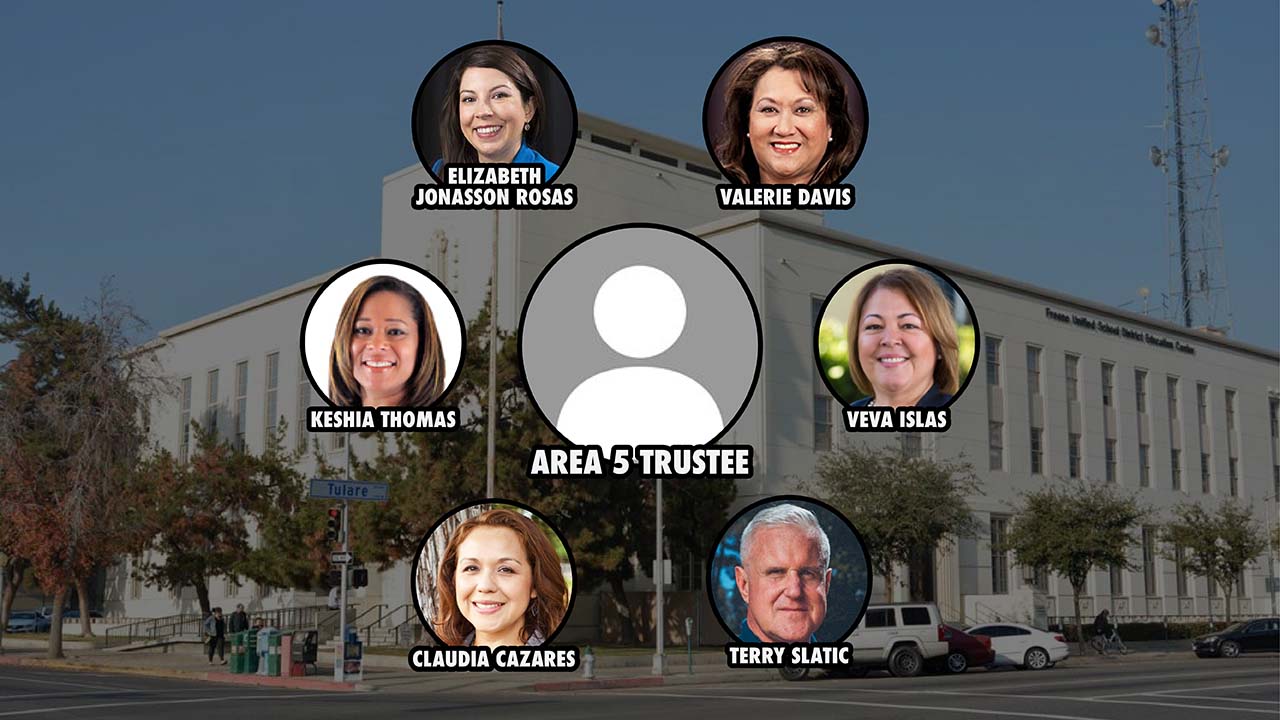 The next Fresno Unified Area 5 trustee may be selected by the six elected trustees. (GV Wire/Justine Cha)
Share with friends

The dozens of people who faithfully showed up at Fresno Unified School Board meetings in recent months to lobby trustees to keep the Fresno High Warrior mascot image may not be as keen to have a say in who will represent the Fresno High area.

Only three community members stepped forward to speak at Tuesday afternoon’s special meeting, which was called for the board to discuss its options on whether to appoint Trustee Carol Mills’ successor or order an election.

Only one of the three who spoke, Andy Fabela, is a resident of the Fresno High area.

Jim Tuck, a spokesman for the Fresno High pro-mascot group now known as Save Our Schools, told GV Wire on Wednesday that the turnout does not reflect a lack of interest by the area’s residents about who will replace Mills. The five-term trustee died July 21 after battling ALS, also known as Lou Gehrig’s Disease.

Tuck said several factors impacted meeting attendance: Organizers had assumed the initial conversation would take place at the regularly scheduled Aug. 11 meeting and were surprised when a special meeting was scheduled, and many people — including himself — have been out of town on summer vacations.

But mainly, he said, opponents of the board’s decision to change the mascot image from a Native American man — an image that opponents say is racist — to a line drawing of historic Royce Hall feel like they’d be wasting their time and breath in asking the trustees to hold an election. He and others believe, based on recent experiences over the mascot change and the naming of the new campus at 10th Street and Ventura Avenue, that no matter how many speak out on issues, the trustees have already made up their minds and won’t be swayed.

“The board doesn’t care. They told us to ‘move on,’ ” said Tuck, who grew up in the Fresno High area and whose parents still live there.

Instead of spending time in front of the board, Tuck said, the Fresno High mascot supporters are putting their efforts toward recall campaigns to oust the trustees who approved the mascot image change in December 2020.

But as of Wednesday afternoon, the Fresno County Elections Office had not received any notices of intent signaling the campaigns are under way, County Clerk James Kus said.

Tuck said he’s pretty sure that someone from the pro-mascot group will apply to be a candidate for the Area 5 appointment. Under state Education Code, the board has 60 days from Mills’ death to make an appointment or order an election.

If trustees decide on a provisional appointment, they must pass a resolution signaling their chosen method of filling the seat, advertise for applicants, review the applications for eligibility, interview the vetted candidates at a public meeting, and then vote to make the appointment, by Sept. 19.

If the board fails to either make an appointment or order an election within 60 days, Fresno County Supervisor of Schools Jim Yovino would order a special election under state law.

Trustee Elizabeth Jonasson Rosas noted Tuesday that the board is not obligated to choose any of the vetted candidates and could yet order an election.

That, however, hasn’t happened in recent memory. The most recent provisional appointment was in 2012 when embattled McLane High Trustee Tony Vang stepped down in the face of a recall effort sparked by documents showing that he didn’t live in Area 4.

On Tuesday, Fabela recalled that Mills voted against the board’s appointment of longtime educator Christopher De La Cerda to succeed Vang because she wanted the McLane High voters to choose their representative.

Fabela said that as an attorney Mills “hated” the appointment of De La Cerda and compared it to communism. “I believe we should memorialize her, with the wish that she had shown during the Tony Vang thing … she said, ‘we can afford $100,000, we’ve got $100 million in the bank, we can afford a hundred grand, let the people have their choice.

“And so, I’m saying, don’t disrespect her by appointing someone. That is not what she would want.”

Clovis resident Eric Rollins, a Fresno High graduate and mascot supporter, urged the board to opt for an election.

“The people’s voices need to be heard. You’re accountable to the people,” he said.

Rollins reminded the board that they are also accountable as role models to the community and said he was disappointed that they had failed to salute the U.S. flag and recite the Pledge of Allegiance at the start of the meeting, a tradition at School Board and other public meetings. Chief of staff David Chavez quickly headed to the podium to take the blame for the omission, and then the trustees stopped the meeting, stood, turned to face the flag, and said the pledge.