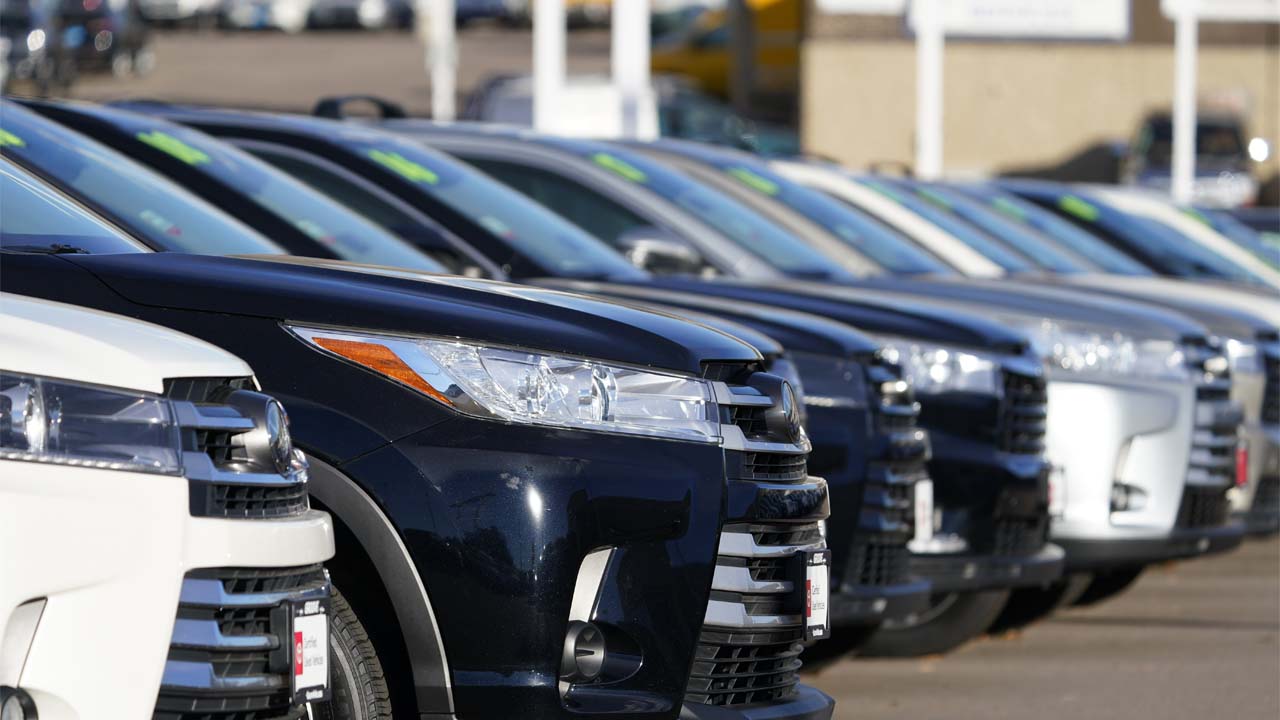 When it was new, the window sticker price on a typical 2019 Toyota Tacoma SR double cab pickup was just under $29,000. Two years later, dealers are paying almost $1,000 more than that to buy the same vehicle, even though it’s used.

Welcome to the wacky world of U.S. car and truck sales, where the pandemic and a global shortage of computer chips have pushed prices to record levels.

In the past year, used vehicle prices on average have climbed 30%, according to Black Book, which tracks car and truck data. That’s created many crazy situations where high-demand vehicles are selling for more than they did when they were new, said Alex Yurchenko, the company’s senior vice president of data science.

“The market is very strange right now,” said Yurchenko. “Dealers need the inventory, so they are paying lots of money for their vehicles on the wholesale market.”

Yurchenko has found 73 models of 1- to 3-year-old vehicles being sold at auctions (where dealers buy their vehicles) for prices above their original sticker, which is called the manufacturer’s suggested retail price.

But the two-wheel-drive Tacoma SR is the lowest-priced model of Toyota’s top-selling small pickup. To be sure, higher end versions of the Tacoma also were on the list, but even more mainstream vehicles are selling for more than their original prices. For instance, the 2020 Kia Telluride and Hyundai Palisade made the list even though both are considered good values compared with more expensive SUVs with three rows of seats.

Yurchenko says the crazy prices are moving further into more ordinary vehicles. “Before we get through this, prices for many mainstream vehicles will get closer to their manufacturer’s suggested retail price,” he said.

It all started in April and May of last year, when U.S. automakers were forced to close factories for eight weeks to help stop the novel coronavirus from spreading. That cut production, limiting inventory even as demand remained surprisingly strong.

The factories came back faster than expected, and in the meantime, computer chip makers had switched to manufacturing semiconductors for phones, laptops, gaming systems and other consumer electronics. That created a shortage of automotive chips, which is forcing car companies to temporarily close factories, leaving some dealers with few new vehicles.

The lack of new vehicles and higher prices have sent more people into the used vehicle market, so demand is high there, too. Plus, rental car companies, normally a source of late-model used vehicles, are keeping their cars longer because they can’t get new ones, Yurchenko said.

At present, consumers who have to replace a vehicle don’t have much choice. “Unfortunately, if you need a vehicle, you’ll need to pay the price,” Yurchenko said.

Signs That Price Increases are Slowing

Karl Jensvold, owner of PricedRite Auto Sales, a used vehicle dealer in Lincoln, Nebraska, said he’s seeing wholesale prices leveling off, but he doesn’t expect them to drop anytime soon. “I think the normal used car market has reset to a different price point,” he said. “I don’t think we’ll see the prices (from) before COVID for a while.”

Yurchenko said at some point prices will have to go back to normal and used vehicles will depreciate once again. The timing depends on how long it takes to get more computer chips so automakers can resume normal production, he said. “Once the new inventory levels start increasing, that’s where the pressure on the used market will be relieved,” he said.