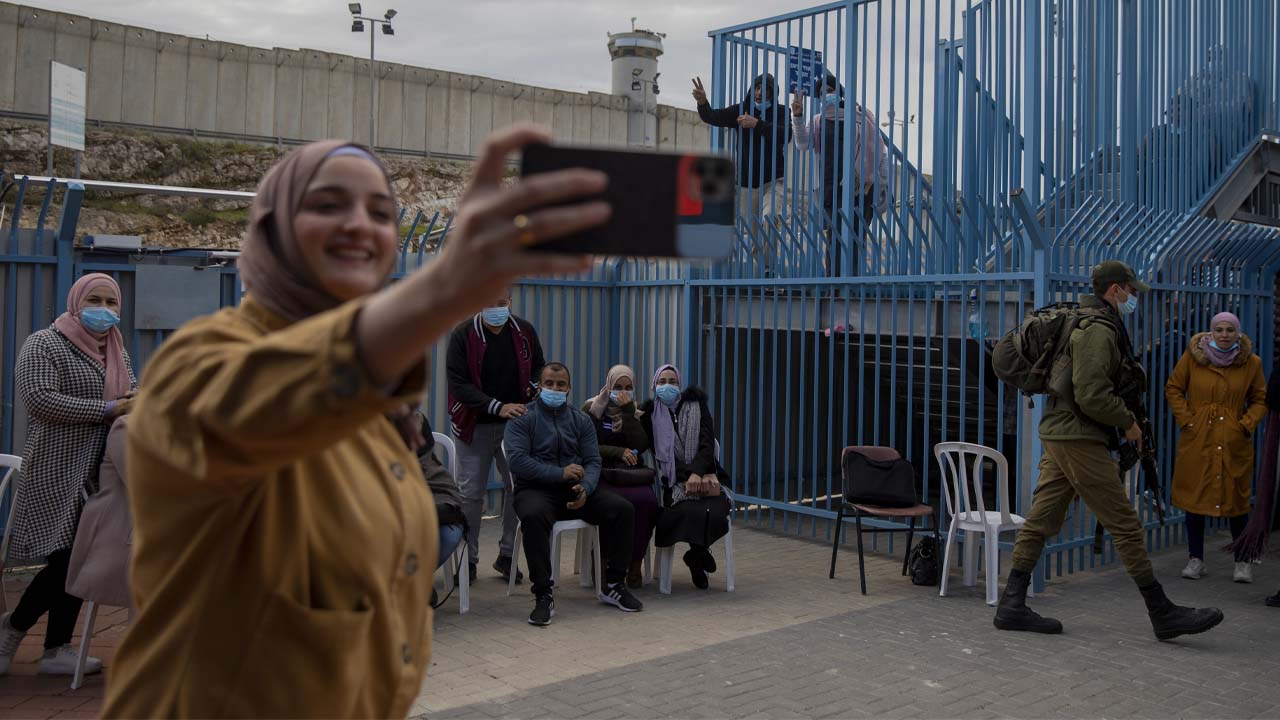 JERUSALEM — The Palestinian Authority called off an agreement whereby Israel would transfer 1 million doses of coronavirus vaccines to it in exchange for a similar number later this year, hours after the deal was announced on Friday.

The Palestinians said the doses, which Israel began shipping to the occupied West Bank, are too close to expiring and do not meet their standards. In announcing the agreement, Israel had said the vaccines “will expire soon” without specifying the date.

Palestinian officials had come under heavy criticism on social media after the agreement was announced, with many accusing them of accepting subpar vaccines and suggesting they might not be effective.

There was no immediate comment from Israel, which had largely shut down for the weekly Sabbath.

Israel Criticized for Not Sharing, Would Transfer Soon-to-Expire Vaccines

Israel said Friday it would transfer around 1 million doses of soon-to-expire coronavirus vaccines to the Palestinian Authority in exchange for a similar number of doses the Palestinians expect to receive later this year.

Israel, which has fully reopened after vaccinating some 85% of its adult population, has faced criticism for not sharing its vaccines with the 4.5 million Palestinians in the occupied West Bank and Gaza.

The disparity has played out across the globe as the bulk of vaccines went to wealthy countries. As those countries have made progress containing their own outbreaks, they have recently begun pledging supplies for poorer countries that were left behind for months.

The new Israeli government, which was sworn in on Sunday, said it would transfer Pfizer vaccines that are close to expiring, and that the Palestinian Authority would reimburse it with a similar number of vaccines when it receives them from the pharmaceutical company in September or October. Up to 1.4 million doses could be exchanged, the Israeli government said in a statement.

“We will continue to find effective ways to cooperate for the benefit of people in the region,” Foreign Minister Yair Lapid tweeted after the deal was announced.

COGAT, the Israeli military body that coordinates civilian affairs in the occupied territories, said it had coordinated the delivery of the first 100,000 doses to the West Bank on Friday.

Palestinians Say Agreement Was With Pfizer, Not Israel

The Palestinians portrayed the agreement differently, saying Pfizer had suggested the transfer as a way of speeding up its delivery of 4 million doses that the PA had already paid for in an agreement reached directly with the drug company.

“This is not an agreement with Israel, but with the Pfizer company,” Palestinian Health Minister Mai Alkaila said earlier Friday, before the deal was called off.

At a press conference Friday evening, she said health officials who inspected the vaccines found they “did not meet standards and so we decided to return them.”

Prime Minister Mohammad Shtayyeh ordered the cancellation of the agreement and the return of the vaccines to Israel, his spokesman said. Ibrahim Milhim said the Palestinians would not accept “about-to-expire” vaccines from Israel, citing the official Israeli statement.

Vaccines from Pfizer, authorized in the U.S. in December, typically have a six-month shelf life. It wasn’t immediately clear when the 1 million batch that Israel was to give the Palestinians was produced.

An Israeli security official said the batch of vaccines that were transferred on Friday are to expire in two weeks. The official, speaking on condition of anonymity because he was not authorized to speak to the media, said further shipments were planned in intervals also several weeks ahead of expiration.

Israel has carried out one of the most successful vaccination programs in the world, allowing it to fully reopen businesses and schools. This week, authorities lifted the requirement to wear masks in public, one of the last remaining restrictions.

Rights groups have said that Israel, as an occupying power, is obliged to provide vaccines to the Palestinians. Israel denies having such an obligation, pointing to interim peace agreements reached with the Palestinians in the 1990s.

Gaza is ruled by the Islamic militant group Hamas, which is considered a terrorist organization by Israel and Western countries. Israeli officials have suggested linking any supply of vaccines to Gaza to the return of two Israeli captives and the remains of two soldiers held by Hamas.

The PA has said it is acquiring its own supplies through agreements with private companies and a World Health Organization program designed to aid needy countries.

To date, around 380,000 Palestinians in the West Bank and around 50,000 in Gaza have been vaccinated. More than 300,000 infections have been recorded in the two territories, including 3,545 deaths.

Israel captured the West Bank, Gaza and east Jerusalem in the 1967 Mideast war. The Palestinians want a state in all three territories. There have been no substantive peace talks in more than a decade.

In Iran’s Subdued Election, Many Voters Appear to Stay Home