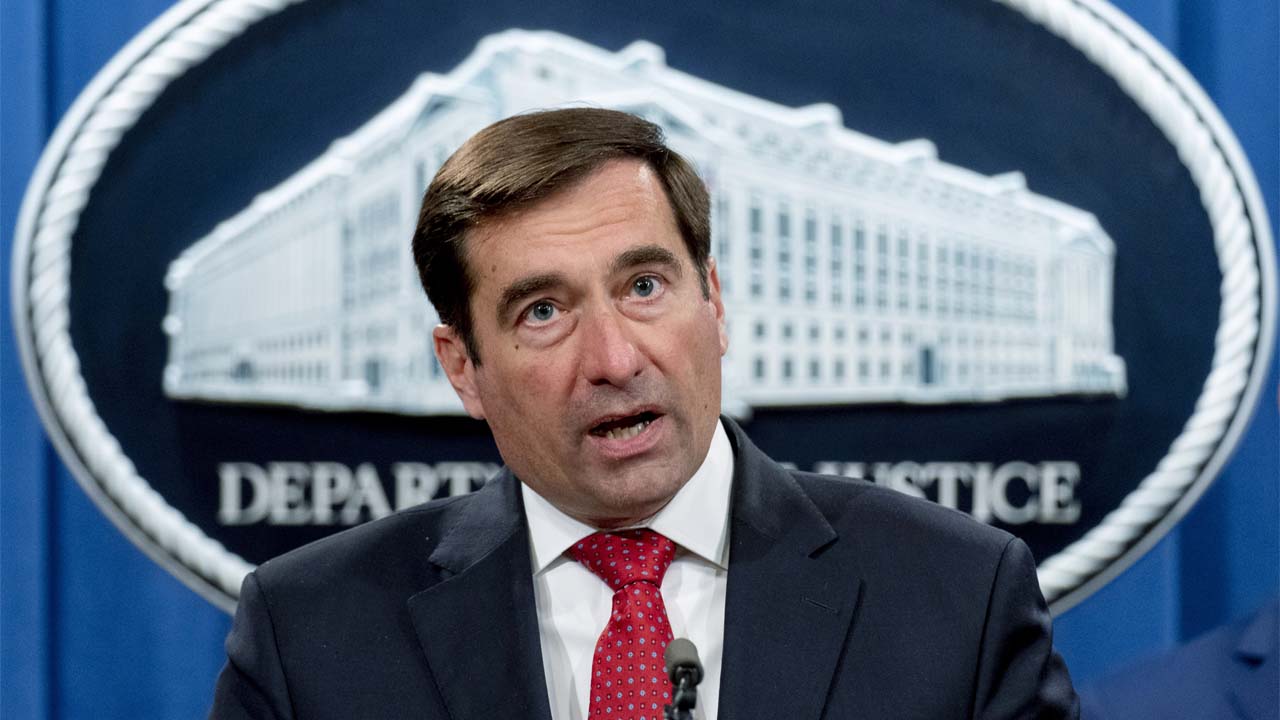 WASHINGTON — The Justice Department’s top national security official is resigning from his position after revelations that the department under President Donald Trump secretly seized records from Democrats and members of the media.

John Demers, a Trump appointee, will leave by the end of next week, a Justice Department official told The Associated Press on Monday. Demers, who was sworn in a few weeks after the subpoena for the Democrats’ records, is one of the few Trump appointees who has remained in the Biden administration. He had planned for weeks to leave the department by the end of June, a second person familiar with the matter said.

The official and the person could not discuss the matter publicly and spoke to the AP on the condition of anonymity.

Demers’ resignation comes amid questions about what he knew about the Justice Department’s efforts to secretly seize the phone data from House Democrats and reporters as part of the aggressive investigations into leaks.

Attorney General Merrick Garland emphasized in a statement Monday that “political or other improper considerations must play no role in any investigative or prosecutorial decisions” and noted the department’s inspector general has already launched an investigation.

“Consistent with our commitment to the rule of law,” he said, “we must ensure that full weight is accorded to separation-of-powers concerns moving forward.”

News emerged last week that the Justice Department had secretly subpoenaed Apple for metadata from House Intelligence Committee Chairman Adam Schiff and another Democratic member of the panel, California Rep. Eric Swalwell, in 2018, as their committee was investigating Trump’s ties to Russia. Schiff at the time was the top Democrat on the panel, which was led by Republicans.

The records of at least 12 people connected to the House intelligence panel were eventually shared with the Justice Department by Apple after the subpoena was issued in 2018. The people included aides, former aides and family members. One was a minor.

The subpoena, issued Feb. 6, 2018, requested information on 73 phone numbers and 36 email addresses, Apple said. It also included a non-disclosure order that prohibited the company from notifying any of the people and was renewed three times, the company said in a statement.

Demers has been in charge of the department’s national security division since late February 2018, and his division has played a role in each of the leak investigations.

He will be temporarily replaced by Mark Lesko, the acting U.S. attorney in the Eastern District of New York, the official said, until President Joe Biden’s official pick, Matthew Olsen, is approved by the Senate.

Olsen is an Uber executive with experience in the Justice Department. He has served as director of the National Counterterrorism Center and as general counsel for the National Security Agency. Demers had remained in place while Olsen awaits a confirmation hearing. Lesko will fill the role until Olsen is confirmed.

The Justice Department’s inspector general has launched a probe into the matter after a request from Deputy Attorney General Lisa Monaco. Inspector General Michael Horowitz said he would examine whether the data subpoenaed by the Justice Department and turned over by Apple followed department policy and “whether any such uses, or the investigations, were based upon improper considerations.”