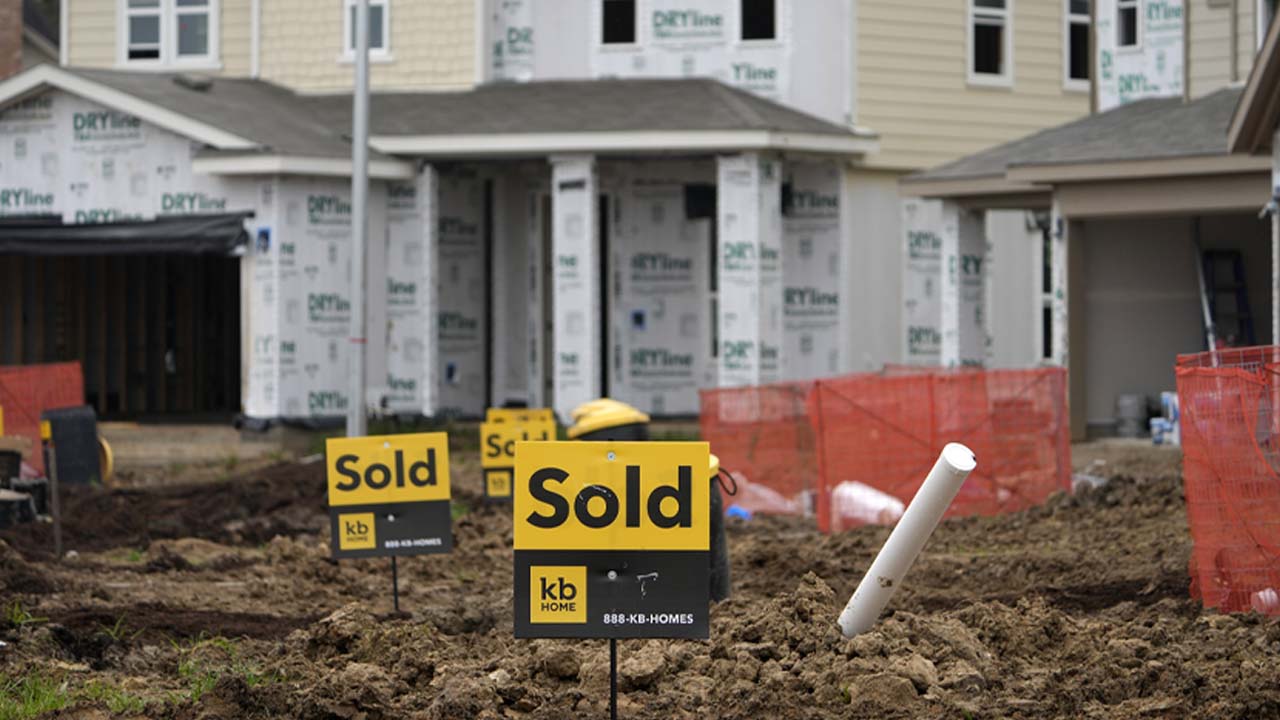 WASHINGTON — Sales of new homes fell a bigger-than-expected 5.9% in April, a drop that analysts blamed in part on rising home prices.

Sales dropped to a seasonally adjusted annual rate of 863,000 last month, the Commerce Department reported Tuesday. That followed a sales pace of 917,000 in March, which was revised down from an original estimate of 1.02 million sales in March which would have been the fastest pace since August 2006 during the peak of the housing boom.

In a separate report Tuesday, the S&P Case-Shiller 20-city home price index rose 13.3% in March from a year earlier, the biggest gain in more than seven years.

“Soaring home prices are taking a toll on sales … and we expect the pace of sales to moderate further over the rest of 2021,” said Nancy Vanden Houten, lead U.S. economist for Oxford Economics.

Lack of Homes for Sale Driving Up Prices

Part of the price pressure is coming from a lack of new and existing homes for sale.

The Commerce report said that the inventory of new homes for sale increased 3.9% in April compared to March but was still down 1.6% from a year ago.

The report on new home sales follows a report last week that sales of existing homes fell for a third straight month in April, dropping 2.7% to a seasonally adjusted annual rate of 5.85 million units.

Economists said the declines in part reflected the headwinds presented by surging costs for lumber and supply-chain restraints in obtaining such products as new appliances. But analysts said with demand for homes remaining strong, sales should continue to be robust in coming months.

“The outlook for new and existing home sales remains very strong in 2021,” said Abbey Omodunbi, senior economist at PNC. “The fundamentals for housing are very good. Mortgage rates are very low … There has been an increased demand for home ownership as many companies have embraced remote work.”

New home sales fell in every region of the country in April except the West which posted a 7.9% increase. Sales were down 13.7% in the Northeast and fell 8.3% in the Midwest and 8.2% in the South.

Related Topics:housing market
Up Next

Consumer Confidence Ticks Down in May, but Remains Strong