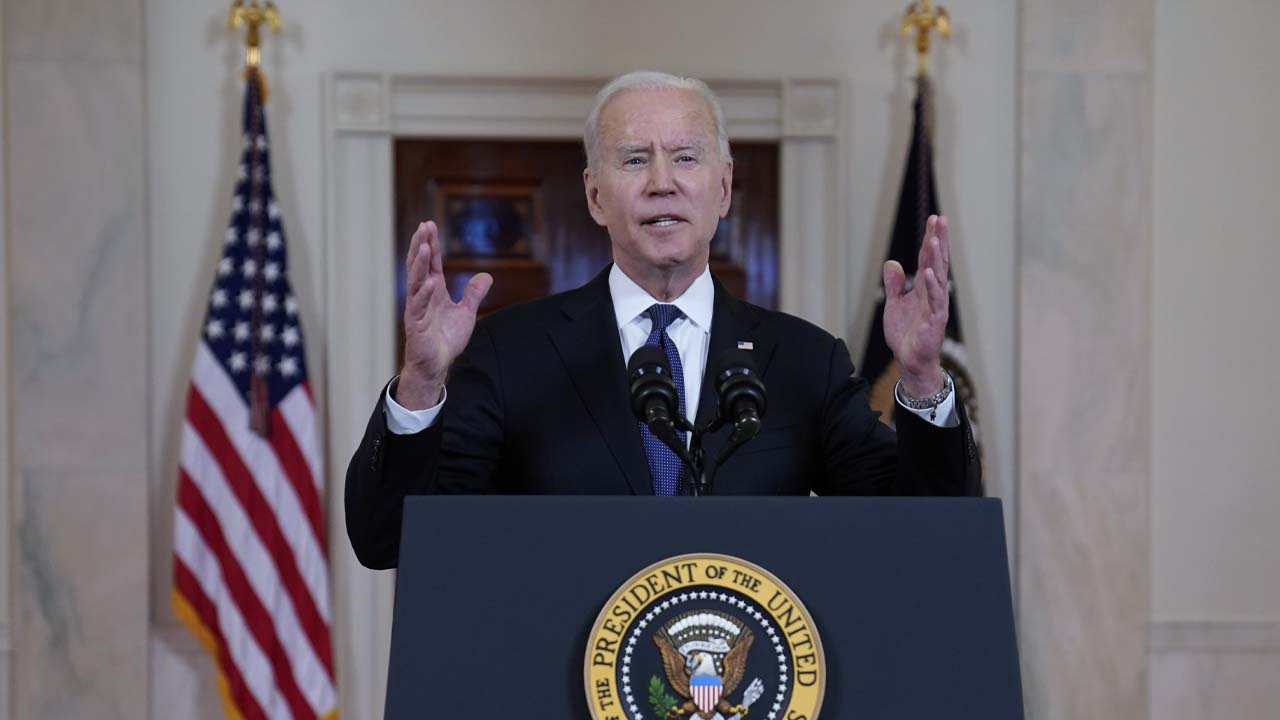 The diplomatic flurry was over and Israel’s Benjamin Netanyahu was on the phone telling President Joe Biden that it appeared the furious fighting between Israel and Hamas was about to end.

But Biden remained wary even after the afternoon phone call with the prime minister. Things still could go crosswise with hours to go before the cease-fire took effect, Biden’s team reasoned.

Nervous White House aides dialed contacts in Tel Aviv and Cairo to suss out whether the truce would hold. Officials in both the U.S. and Israel worried that another barrage of Hamas rockets could sink the Egyptian-brokered agreement, according to an official familiar with the conversations.

Then came another call from Netanyahu — his second to Biden in a matter of hours — with reassurances for the American president that the 11-day war really was halting.

Over 80 ‘Hour by Hour’ Engagements Regarding Cease-Fire

Biden’s first extended foreign policy crisis, one he handled largely by avoiding the cameras and maneuvering instead behind the scenes, had abated.

The president went before cameras in the Cross Hall of the White House to describe “intensive high-level discussions, hour by hour, literally” by the United States that involved Egypt, the Palestinian Authority and other Middle Eastern countries.

All of it, he said, came “with an aim of avoiding the sort of prolonged conflict we’ve seen in previous years when the hostilities have broken out.”

The calls between Biden and Netanyahu were a small sample of the furious diplomacy that the White House conducted. The president and senior aides had over 80 engagements, by phone or in person, in search of an endgame to the fighting, according to the White House.

Biden’s speech celebrating the cease-fire lasted just 3½ minutes and was delivered in time for evening news broadcasts. He reiterated his belief that Israel has a right to defend itself, expressed condolences for Palestinian civilians who died in the Israeli bombardment and promised that humanitarian aid to Gaza Strip was on its way.

It was an enigmatic, and perhaps fitting, bookend to the sort of messy Mideast crisis he had hoped to avoid, particularly early in a presidency already oversubscribed with managing the public health and economic tumult caused by the coronavirus pandemic.

The conflict had also exposed a rift between Biden and members of his own party. The president who over nearly 50 years in national politics has burnished a reputation for unwavering support of Israel leads a Democratic Party that has trended toward a far more divided outlook on the proper path to peace between Israel and the Palestinians. Republicans were all too eager to try to make political use of the situation.

Biden had studiously avoided extensive public comment about the Israeli military strikes. But he faced increasing pressure from Democrats to speak out against the Israelis as the death toll climbed in Gaza and as tens of thousands of Palestinians were displaced by the aerial bombardment.

Democratic Sen. Chris Murphy of Connecticut expressed relief at the cease-fire and commended Biden and his team for their work. But he also laid out ongoing worries, saying, “I am deeply concerned that without meaningful progress towards a two-state future, the conditions of despair will deepen, further fuel extremism and lead to a tragic renewal of the cycle of violence.”

The cease-fire announcement came after Biden on Wednesday stepped up his pressure on Netanyahu, telling the prime minister that he expected “significant de-escalation” of the fighting by day’s end, according to the White House. But Netanyahu came right back with a public declaration that he was “determined to continue” the Gaza operation “until its objective is achieved.”

Biden’s advisers were not overly concerned that Netanyahu’s comments seemed to reject the president’s public call to ease off, said the official, who was not authorized to publicly discuss private discussions and spoke on condition of anonymity.

U.S. officials believed Netanyahu did not want to telegraph to Hamas in advance that he was ready to accept terms to end the violence, and was sending a message to a domestic audience that had become traumatized by the barrage of rocket fire from Gaza.

But pressure was building on Biden, and he, in turn, was making that known to Netanyahu.

On Tuesday, while in Michigan to visit a Ford facility, Democratic Rep. Rashida Tlaib confronted Biden at the airport and called on him to speak out forcefully against the Israeli strikes. Also this week, Sen. Bernie Sanders of Vermont and Rep. Alexandria Ocasio-Cortez of New York introduced resolutions to block the sale of $735 million in military weaponry to Israel that had already been approved by the Biden administration.

“Let us hope that the ceasefire in Gaza holds,” Sanders tweeted Thursday evening. “But that’s not enough. Our job now is to support desperately needed humanitarian and reconstruction aid to Gaza’s people, and find a way to finally bring peace to the region.”

Netanyahu Insists Conversations with Biden Were ‘Warm and Friendly’

Biden advisers had concluded in the first days of the crisis, as Hamas fired hundreds of rockets on Israel, that a call from the president for Israeli restraint would have fallen flat. At the same time, early in the crisis, there was deep worry inside the White House that the fighting could escalate into something that would take months to tamp down.

As the outside calls for Biden to speak out more forcefully grew, the president and top aides privately made the case to Israeli officials that time wasn’t on their side.

Biden and Netanyahu have known each other for more than 30 years and have frequently butted heads. Their conversations throughout the crisis probed one another as they tried to game out a path forward, according to officials.

Netanyahu insisted that his half-dozen conversations with Biden during the fighting were “warm and friendly.”

“I told him that any country coming under fire from thousands of rockets on its cities would not sit with folded hands, and I told him that we will halt the fighting once we achieve the objectives of the campaign,” Netanyahu said. “The president understood this and this is exactly what we did.“

White House officials have pointed to some grim evidence to argue that Biden’s attempts at behind-the-scenes diplomacy worked: The latest Israel-Hamas war — in which at least 230 people in Gaza and at least 12 in Israel died — was shorter and less blood was spilled than in some of the other recent major outbreaks of violence in the region.

Biden, in his brief remarks about the cease-fire, noted that without the Iron Dome, a missile defense system developed by the U.S. and Israel, the body count would have been far worse. The system is designed to intercept and destroy short-range rockets and artillery shells. Biden said he assured Netanyahu that his administration would work to quickly replenish it.

He also pledged that humanitarian aid would quickly flow through the Palestinian Authority, which is in control of the West Bank but not Gaza.

“We will do this in full partnership with the Palestinian Authority, not Hamas … and in a manner that does not permit Hamas to simply restock its military arsenal,” Biden said.

The details of missile system supplies and humanitarian aid, though, could wait for another day.

Biden ended on a hopeful note: “I believe we have a genuine opportunity to make progress, and I’m committed to working for it.”

Related Topics:GazaIsraelPresident Joe Biden
Up Next