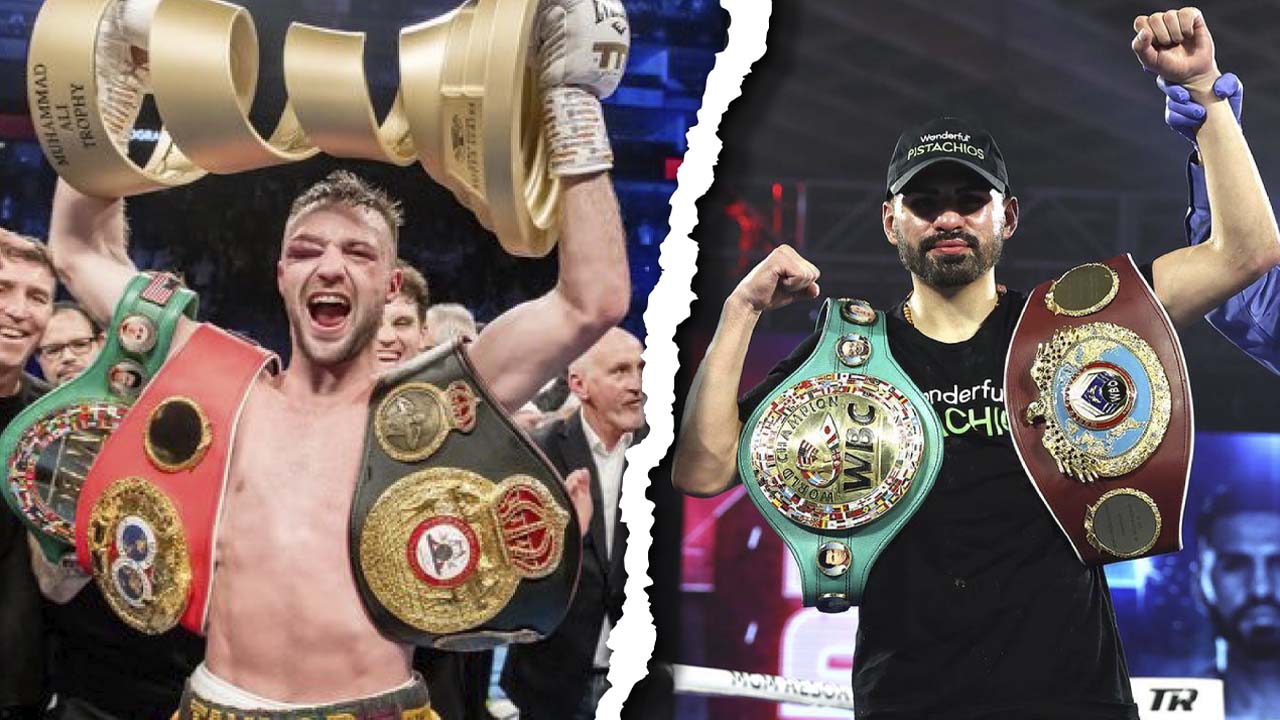 World boxing champion Jose Ramirez is a Boy Scout in a brutal sport.

Ramirez hands out food to farmworkers. He fights to bring attention to the shortage of irrigation water for San Joaquin Valley farmers. He auctions off title belts to raise money for Valley Children’s Hospital. And, most recently, he’s led a campaign to get workers vaccinated against COVID-19 in the same fields that he once picked fruit.

He does these things willingly and earnestly. Not for publicity but because he believes it’s a privilege.

However, none of those good deeds will matter come Saturday night. Ramirez faces Josh Taylor in a scheduled 12-round bout that likely will decide whether Ramirez (or Taylor) is a Hall of Famer and whether there’ll be even more lucrative paydays ahead.

The 26-0 Ramirez and the 17-0 Taylor square off at the Virgin Hotel in Las Vegas.

The winner will emerge as the undisputed 140-pound world champion — a rarity amid the confusing alphabet soup of boxing’s sanctioning bodies.

One more thing: Each guaranteed he’ll come away with all four title belts.

“I will find a way to win,” Ramirez said in a Zoom news conference this week.

Says Taylor, “I promise to win this thing.”

Both are backed by legions of fans. Ramirez has a fanatical following in Mexico and in cities across America where immigrants toil in restaurants, meat plants, and warehouses. Taylor, whose nickname is the “Tartan Tornado,” is a national hero in his homeland of Scotland.

You Can See It for Free

The good news is, fans can see them collide for free on ESPN on a card that kicks off at 5 p.m. on the West Coast. The main event figures to start at about 8 p.m.

If Ramirez wins, he’ll be the first undisputed champion of Mexican heritage during the so-called “four-belt era.”

“I want to bring glory to the people of Mexico and the hardworking immigrants in the United States,” says Ramirez, who grew up in an immigrant family in Avenal.

As for Taylor, he would become Scotland’s first undisputed world champ.

Even though both are unbeaten, Taylor was the 2-1 betting favorite as of Thursday. The wagers toward Taylor likely are influenced by his impressive first-round knockout victory in his last title defense.

Ramirez, meanwhile, struggled his way to a majority decision against Viktor Postol — a left-handed fighter, as is Taylor — in his last title bout.

“I was not impressed with his fight against Viktor Postol,” Taylor said during the Zoom news conference. “But I’m not dwelling on (his) past opponents. This fight means everything to me. I’ve prepared so well, it’s potentially a Hall of Fame fight.”

Ramirez counters that he has faced and beaten many left-handers in a sport he took up at 8 years old. He says he’s in fantastic shape, coming off a great training camp, “and you’re going to see that Saturday night.”

Certainly, to beat Taylor, Ramirez must be sharper than he was in his last outing.

But if he’s at his best — as he was in knocking out previously undefeated Maurice Hooker in Hooker’s hometown two years ago — he very well could stun the oddsmakers and Taylor.

One of Ramirez’s greatest strengths is his ability to adjust and expose the other guy’s weaknesses. The longer the bout goes on, the better for Ramirez.

My prediction: a split-decision win for Ramirez in an action-packed fight that fans will talk about for years.

Taylor envisions a different outcome but says it will be a classic bout reminiscent of boxing’s heyday.

“He comes to fight, and I come to fight,” he said. “An absolute barnburner.”