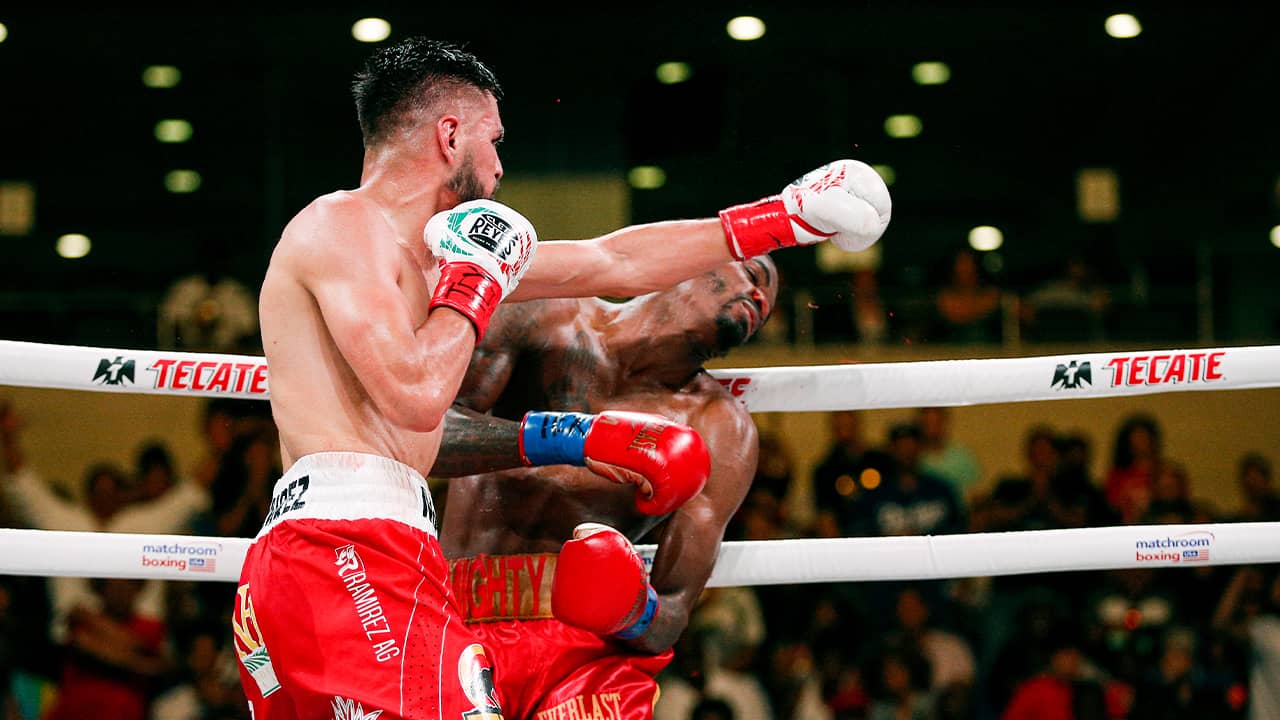 Jose Ramirez proved any doubters wrong Saturday night by stopping fellow unbeaten world champion Maurice Hooker on Hooker’s Dallas area home turf.
Not only did Ramirez unify the WBC and WBO super lightweight title belts, but he also stamped himself as the greatest boxer ever from the Fresno area.

A landing spot for many generations of immigrants, Fresno has a long tradition of producing boxers hungry to make their mark on the world stage.
With his third successful title defense, Ramirez vaulted past Young Corbett III to the top spot in local boxing annals.
And that’s no small feat.

Corbett is enshrined in the International Boxing Hall of Fame. During his career as a welterweight and later a middleweight, he defeated many fellow Hall of Famers. That list includes Billy Conn, Fred Apostoli and a boxer some experts rank among the all-time pound-for-pound greats, Mickey Walker. Corbett also defeated Young Jack Thompson, Ceferino Garcia, and Gus Lesnevic — all of whom would later win world titles.
But the 25-0 Ramirez now has proven he can take on the sport’s toughest assignment: Invade the home town of a world-class opponent and dominate him. No more can boxing insiders say that Ramirez has risen to the top by often fighting at home and facing carefully selected opponents.
“(Ramirez) didn’t just add another belt to his collection, he served notice that he is truly a world-class fighter and maybe, just maybe, the best junior welterweight on the planet,” wrote ESPN’s Steve Kim after Saturday’s bout.

Ramirez Wants All the 140-Pound Belts

So, what’s next for the 26-year-old Avenal native and former Fresno State student?
Look for him to attempt to unify all four world title belts. That would mean taking on the winner of the Josh Taylor-Regis Progaiz bout, which is the finale of the World Boxing Super Series.

Should Ramirez emerge as the undefeated king of the 140-pound division, he’ll be positioned to move up to the welterweight division, where bigger paydays and more media attention await. 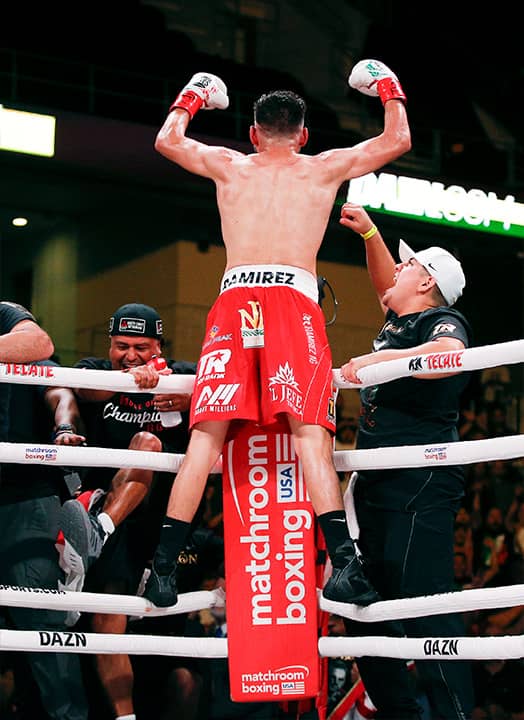 If you have seen Ramirez’s recent fights, then you know the former Olympian continues to sharpen his skills.
Credit two-thirds of that to Ramirez’s dedication and ambition and one-third to switching from Hall of Famer Freddie Roach to Robert Garcia as his trainer. Garcia has a knack for detecting weaknesses in opponents, and Ramirez has the ability to execute the gameplan.
In this one, Ramirez had to overcome Hooker’s considerable reach advantage to get inside, which he did. In addition, Ramirez benefits from his willingness to face top-notch sparring fighters.

Hooker: ‘I Was Hurt’

On Saturday, Ramirez stunned Hooker (26-1-3) with a left hook and then delivered brutal punch after brutal punch with Hooker pinned against the ropes in the sixth round. Referee Mark Nelson then stepped in and stopped the scheduled 12-rounder.
“He didn’t know how hard I hit until the moment came,” Ramirez said. “I came here with one mission, just to do my fight. Going back to my rhythm and nice jab, everything I did when I was an amateur.”
Afterward, Hooker said the referee made the right decision: “It was a good stoppage. I was hurt.” 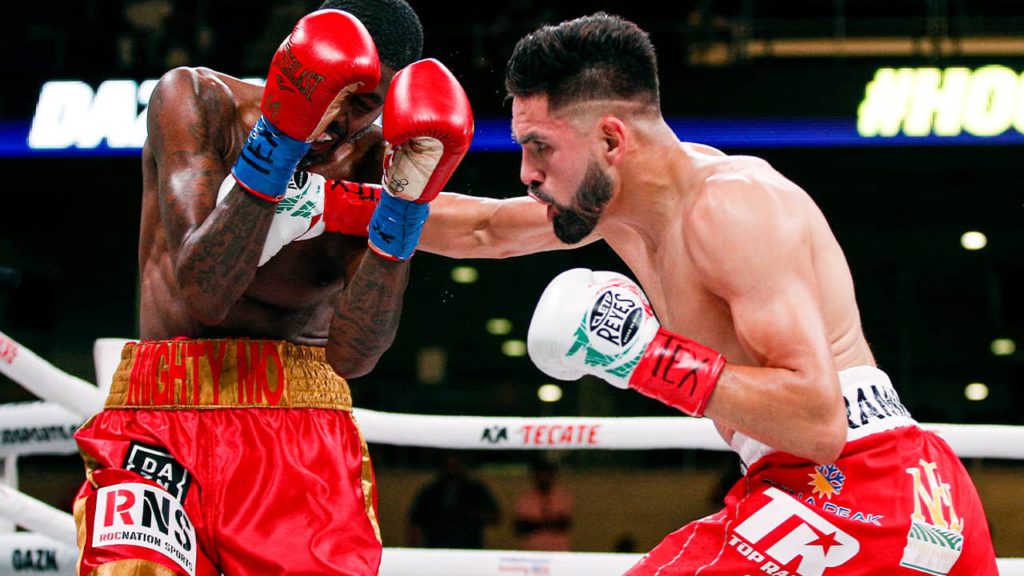 Jose Ramirez, right, lands a punch on Maurice Hooker in the second round. (AP Photo/Brandon Wade)