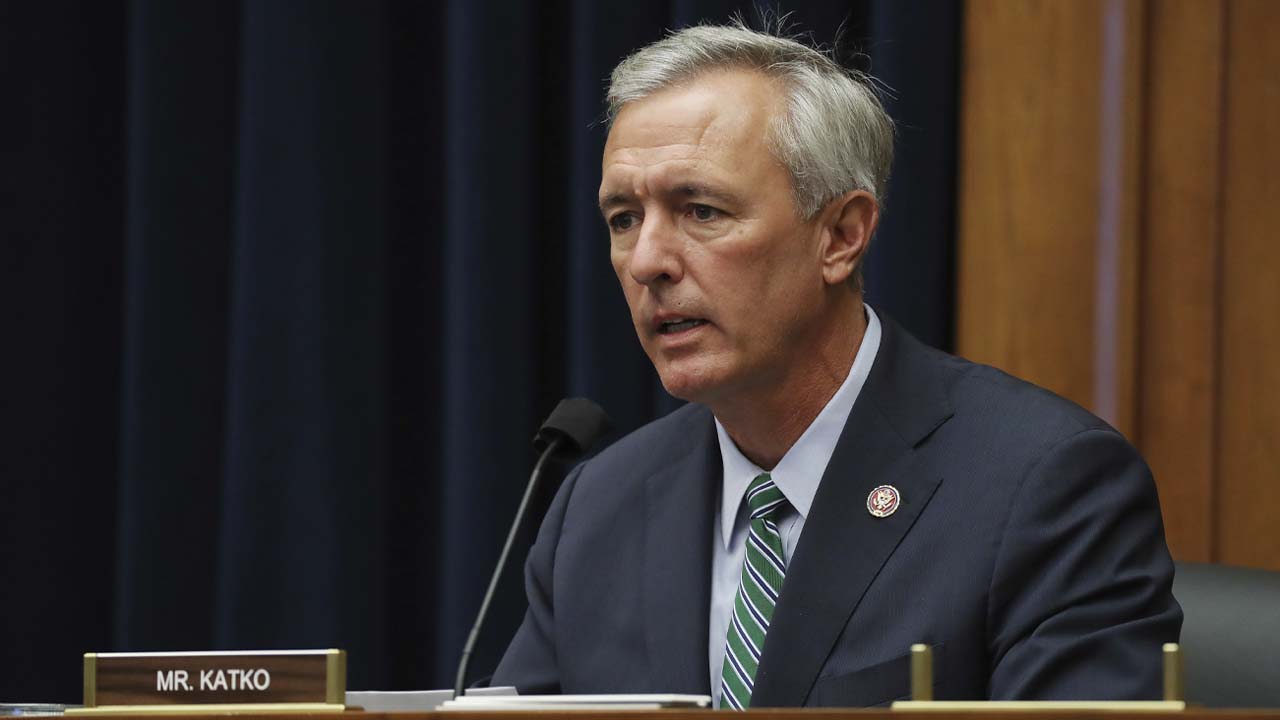 WASHINGTON — Thirty-five House Republicans joined Democrats in voting to create a bipartisan commission to investigate the Jan. 6 attack on the Capitol, risking the wrath of former President Donald Trump and flouting GOP leaders who condemned the proposal as unfairly partisan and unneeded.

The Republican mavericks were led Wednesday by New York Rep. John Katko, who wrote the measure with Homeland Security Committee Chairman Bennie Thompson, D-Miss. Katko, that panel’s top Republican, was battling two tides that have overwhelmed Congress in recent years: the nearly overwhelming potency Trump still has among Republicans and a jagged-edged partisanship that often confounds even mundane legislation.

“I encourage all members, Republicans and Democrats alike, to put down their swords for once, just for once, and support this bill,” Katko said before the House approved the measure.

The 35 defectors represented a relatively modest but significant slice of House Republicans, of whom 175 opposed the legislation. Their defiance underscored the party’s rift as some lawmakers supported an investigation of the shocking and violent Capitol attack while leaders tried to avoid enraging the former president, whose support they believe they’ll need to win House control in the 2022 elections.

The 10 who backed impeachment included Katko and Rep. Liz Cheney, R-Wyo., Trump’s most prominent House GOP critic. She did not speak during Wednesday’s debate, but after the vote she tweeted a message urging the Senate to approve the commission, saying, “Some things must be above politics.” The vote came a week after her colleagues dumped her from a Republican leadership position for repeatedly criticizing Trump for his role in the attack and his false claims that he lost the election because of widespread voting fraud.

Opposing the commission was Rep. Greg Pence, R-Ind. His brother, former Vice President Mike Pence, was in the Capitol during the attack and was hustled to safety by security officers even as some in the pro-Trump mob were heard shouting “Hang Mike Pence.” Trump had turned on his vice president for not derailing Congress’ counting of the votes, which Pence did not have the constitutional power to do.

A moderate and former prosecutor, Katko defended the proposed commission as a fair and needed step toward understanding the riot, how it happened and what security improvements the Capitol needs to prevent a future assault.

“This is about fact. It is not partisan politics,” he said pointedly.

Two other Republicans spoke in favor of the legislation: Fred Upton and Peter Meijer of Michigan. The two had also voted to impeach Trump.

“January 6 is going to haunt this institution for a long, long time,” said Upton. He said that if not for resistance by the Capitol Police, “Who knows how many of our heads would have been swinging on those gallows” that members of the mob erected outside the building.

Meijer, a freshman, took what seemed veiled shots at Trump, House Minority Leader Kevin McCarthy, R-Bakersfield., and some of his GOP colleagues.

Without mentioning names, Meijer said the attack occurred “with the encouragement of prominent elected officials.” He said some who initially criticized the attack “have walked back their words or softened their speech.”

Meijer added, “More troubling, there has been an active effort to whitewash and rewrite the shameful events of that day to avoid accountability.”

Days after the Capitol attack, McCarthy said Trump “bears responsibility” for the rioters’ assault. But he opposed impeachment, eased his criticisms of Trump and opposed creation of the commission. Other Republicans have downplayed the attack, with one comparing the rioters to tourists, and Trump has opposed the commission, calling it a “Democrat trap.”

McCarthy did not speak during debate on the bill.

Also voting for the commission were nine of the nearly two dozen Republicans whom Democrats consider prime targets to oust in next year’s elections. Their numbers included a pair of freshmen from South Florida and Katko, a fourth-term Syracuse-area lawmaker who has survived close races before.

The Democratic-run House approved the measure 252-175 and sent it to the Senate, where Democrats face an uphill fight to garner at least 10 Republican “yes” votes they will need to prevail.

The measure would create a 10-member commission — with five members appointed by each party — to investigate the Capitol riot.

Fresno Armenians Get a Building, Not an Entire School; Former Trustee Calls It a ‘Consolation Prize’