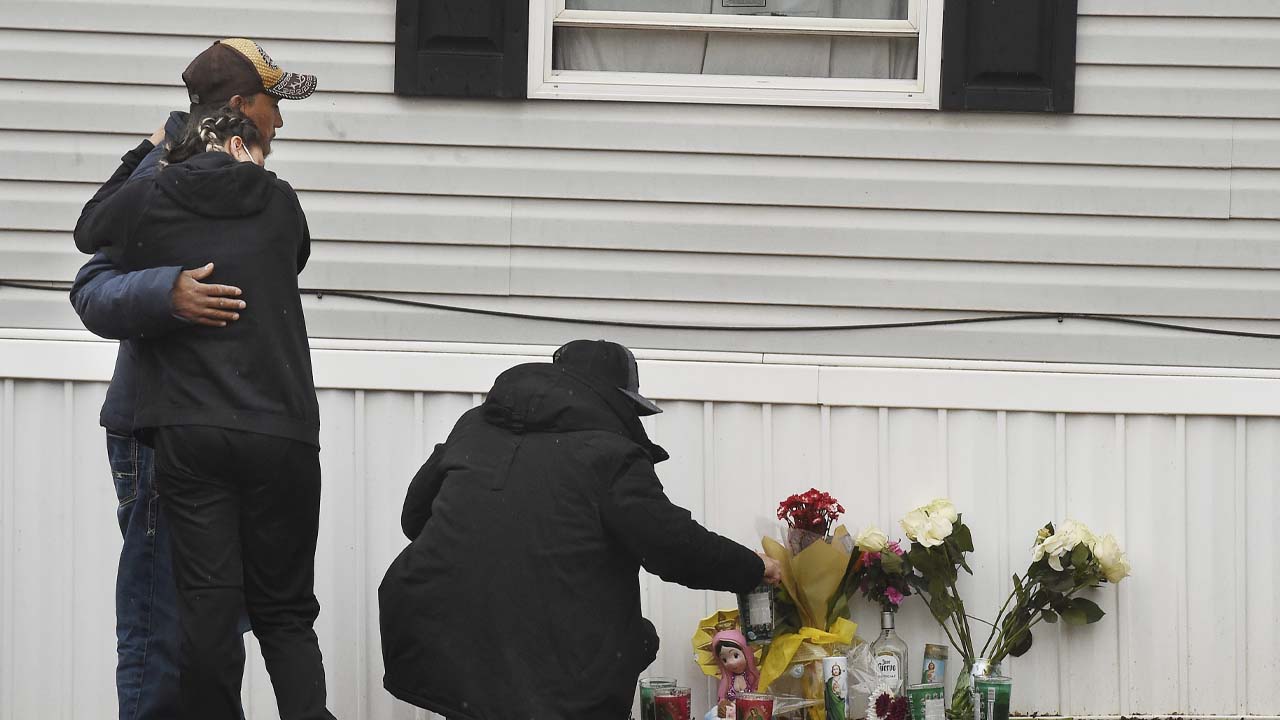 COLORADO SPRINGS — A shooting at a birthday party inside a trailer park home in Colorado Springs that killed six people before the gunman took his own life stunned a state weary of gun violence just weeks after another Colorado mass shooting killed 10 people.

Police on Monday were investigating what led the gunman, who they said was the boyfriend of one of the victims, to walk into the crowded party early Sunday and open fire.

Six adults were killed at the home at the Canterbury Mobile Home Park on the east side of Colorado’s second-largest city, and a seventh died at a hospital, authorities said. The shooter was the boyfriend of a female victim at the party attended by friends, family and children, police said.

Authorities didn’t release the names of the victims, gunman or disclose a possible motive. Nor did they release any further details on what weapon or weapons were used. Officials were still in the process of identifying the victims, Sandy Wilson of the El Paso County Coroner’s Office said Monday.

The attack follows a series of mass shootings across the U.S. this year, including one on March 22 at a crowded supermarket in Boulder, Colorado, that killed 10 people, including a police officer. The gunman in that attack faces multiple charges including first-degree murder. He has yet to enter a plea pending a mental health evaluation requested by his public defenders.

A mobile crime lab was parked early Monday outside the Colorado Springs home, which was cordoned off by yellow police tape as officers guarded the scene. By midafternoon the tape was gone; a sign stood in front of the home advertising “Grief Support, 10 a.m. to 6 p.m.,” at the mobile home park office.

A small crowd of mourners arrived to pay their respects, leaving bouquets of yellow roses and devotional candles on a small table they set up in front of the home. They silently gazed, then left without comment under a dark, gray sky and blustering winds. Someone closed a partially open window in the home from the outside.

Gladis Bustos, who lives three homes away, tearfully recalled the home’s owner, whom she identified as Joana, as a warmhearted, hardworking person who always took the time to say hello to her neighbors, ask how they were doing, and brag about her children.

“She was an incredibly pleasant woman, very beautiful, happy all the time,” Bustos said. “She loved to chat. And she was very proud of her family.”

The gunfire that startled Bustos from her sleep early Sunday had forever changed what she described as a safe and welcoming neighborhood. “We’re all in shock,” she said. “How can this happen here? This is all so painful, so devastating, so overwhelming.”

Another neighbor, Yenifer Reyes, told The Denver Post that she woke to the sound of gunfire and later saw police escorting children who were “crying hysterically” from the home. The children weren’t hurt in the attack and have been placed with relatives, police said.

The first fire crews to respond to the shooting were told to stay back because of possible gunfire — then given an all-clear to approach the home an agonizing eight minutes after the initial dispatch, according to a recording of a Colorado Springs dispatch call.

As the magnitude of the shooting became clearer, the first on the scene requested more ambulances and engine crews. Sirens are heard in the background as responders at the scene request more help.

“Engine 11, sounds like more shots are still being fired — keep your distance,” a dispatcher says at one point. Twenty seconds later the engine crew responds: “Looking like we have multiple victims,” and asks for more ambulances. The dispatcher requests another engine to “2828 Preakness Way, possible multiple gunshot victims.”

More than eight minutes in, the dispatcher says that “police on scene are advising that there are four victims and that you are clear to go in.” Soon thereafter, Engine 11 requests another ambulance; 13 minutes in the dispatcher says: “The sergeant on the scene is saying that medical is cleared to enter for all six patients. … They’re saying we have six.”

Latest of Mass Killing Incidents Occuring Across the Nation

The attack was the latest mass killing — defined as four or more dead, not including the shooter — to plague the U.S. this year. Before the Colorado Springs shooting, a database compiled by The Associated Press, USA Today and Northeastern University showed there had been at least 11 mass shootings since Jan. 1, compared to just two public mass shootings in 2020.

Colorado Springs saw a 2015 attack on a Planned Parenthood clinic that killed three people, including a police officer, and injured eight others. Earlier that year, a man shot three people to death at random before dying in a shootout with police.

Colorado also suffered the 1999 massacre at Columbine High School that killed 13 people before the two student attackers took their own lives, and the 2012 massacre at the Aurora movie theater that killed 12 people and injured 70.

After the Boulder shooting, Colorado lawmakers introduced a bill to create a state “Office of Gun Violence Prevention” to educate residents about gun safety and collect data on Colorado gun violence. Other bills advancing through the Democrat-led Legislature would tighten background checks, allow municipalities greater freedom to adopt their own gun control laws that are stricter than state law, and require a person facing a protection order related to alleged domestic violence to report what firearms they possess.

Democratic Gov. Jared Polis has signed into law this year legislation requiring safe firearms storage and the reporting of lost or stolen firearms.

Related Topics:Colorado Springs
Up Next