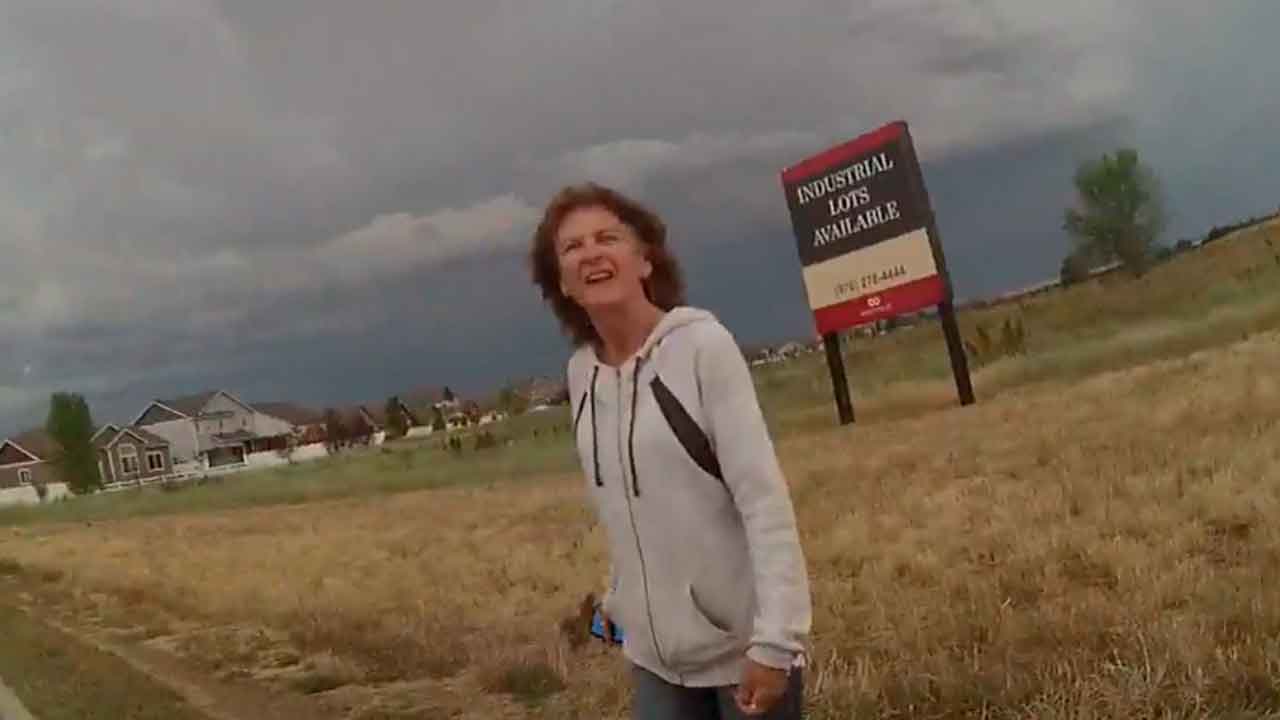 DENVER — Three Colorado police officers involved in the rough arrest of a 73-year-old woman with dementia — and later seen on video talking about her arrest, laughing and joking at times — have resigned, police said Friday.

Loveland Police Chief Robert Ticer announced the departures of Officers Austin Hopp and Daria Jalali and Community Services Officer Tyler Blackett in connection to the arrest of Karen Garner at a news conference, without providing details about how they left. Department spokesman Tom Hacker later confirmed they had resigned.

Ticer noted that last year’s treatment of Garner in the city about 50 miles (80 kilometers) north of Denver, revealed by the filing of a federal lawsuit this month, had led to an outpouring of concern and anger in the community, the country and around the world and apologized.

“Our goal at the Loveland Police Department has always been to make our community proud. We failed and we are very sorry for that,” he said.

The officers could not be reached for comment on Friday.

Hopp arrested Garner in June 2020 after she left a store without paying for about $14 worth of items. His body camera footage shows him catching up to her as she walked through a field along a road. She shrugged and turned away from him and he quickly grabbed her arm and pushed her 80-pound (36-kilogram) body to the ground. A federal lawsuit filed on Garner’s behalf, which included images from the body camera footage, claims Hopp dislocated her shoulder by shoving her handcuffed left arm forward onto the hood of his patrol car and that she was denied medical treatment for about six hours.

Garner’s Lawyer Said the Department Has a ‘Toxic Culture’

In response to the lawsuit, the department announced it was putting Hopp, the arresting officer, on leave. Jalali, who arrived to help Hopp shortly after Garner was handcuffed, and Blackett, who helped transport Garner to the police station, were put on leave later, as was a supervisory sergeant who stopped by the arrest scene. Hopp, Jalali and Blackett were also captured on surveillance video with enhanced audio released by the lawyer representing Garner and her family this week that shows them watching Hopp’s body camera footage and talking about the arrest as Garner was handcuffed in a holding cell a few feet away. At one point, Hopp refers to hearing a “pop” sound as he recounts repeatedly pushing Garner, suggesting that he was aware that he had injured her.

Sarah Schielke, the lawyer representing Garner and her family, said the department has a toxic culture that goes beyond the three officers who resigned and she thinks Ticer should have also stepped down to take responsibility for it.

“It’s this attitude of arrogance and entitlement, and frivolity taken in the use of force on its citizens and complete disregard for the people they’re policing,” she said.

She also faulted the department for not firing the supervisory sergeant and another sergeant who approved of Hopp’s use of force report.

Ticer said he did not know of Garner’s serious injuries until the lawsuit but he declined to say how many people in his chain of command knew about her injuries, saying that would be looked at by a city investigation into whether police policies were followed in the arrest. That probe will not start until after an investigation to determine whether any criminal charges are warranted that is being conducted by police in nearby Fort Collins. They are part of a team of area law enforcement agencies that investigates other departments’ uses of force resulting in serious injuries in coordination with the district attorney.

Related Topics:police brutality
Up Next