Crowds React with Joy, Wariness to Verdict in Floyd's Death 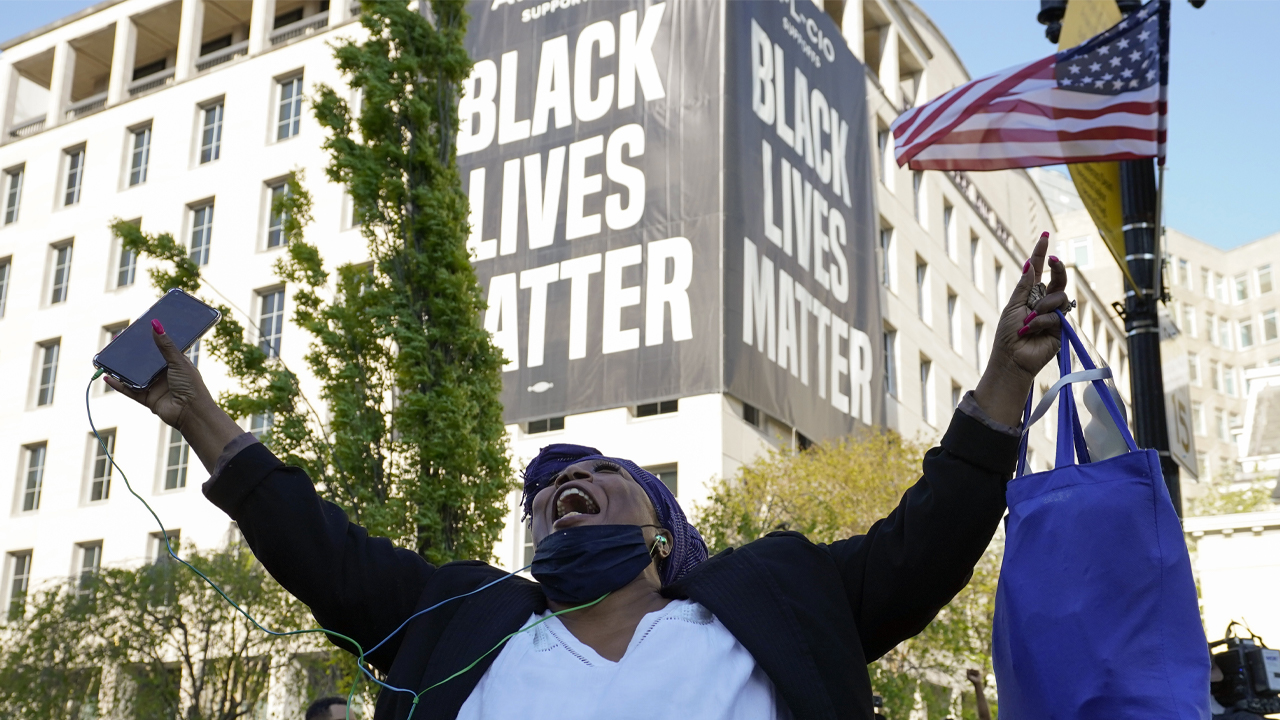 MINNEAPOLIS- — Crowds nationwide reacted with jubilation Tuesday but also with deep awareness of the progress left to be made after a jury convicted former Minneapolis police Officer Derek Chauvin of murder in the killing of George Floyd.

Celebrations Erupt Across the Nation

Loud cheering erupted from Floyd’s family members watching in an adjacent courthouse room as the judge read the verdict to a city and nation on edge. At the Minneapolis intersection where the Black man died on May 25, a vigil gave way to celebration as crowds began to course down the streets. People hung out of their cars, honked and waved signs as images of Chauvin being handcuffed and taken into custody played on millions of TVs and phones across the United States.

“It means so much to me,” said Venisha Johnson, a Black woman who cried at a gathering in what’s been dubbed George Floyd Square as the verdict was read. “I’ve been praying for George everyday, every morning at 6 a.m. I’m just so happy. The way he was murdered was terrible! But thank you, Jesus.”

In Houston’s Third Ward, the historically Black neighborhood where Floyd grew up, a small crowd gathered under a tent near a mural of Floyd to listen to the verdict as it was read on TV. People driving by honked their car horns and yelled, “Justice!”

“We feeling good. We thank everybody that stood with us. It’s a blessed moment,” said Jacob David, 39, who knew Floyd and wiped away tears.

Relieved but More Still to be Done

But the elation was tinged with wariness and worry that while justice was done for one Black person on this day, it would not be enough by itself. The shooting death of another Black man, Daunte Wright, by police in suburban Minneapolis during the trial and of a 13-year-old Adam Toledo in Chicago last month heightened tensions and muted the court victory.

Floyd’s death on May 25 as Chauvin, who is white, pressed a knee to his neck and the graphic bystander video that captured him pleading that he couldn’t breathe shocked and appalled Americans and triggered worldwide protests against police brutality and racial injustice.

Many who watched the trial that followed saw the verdict as a first small step to address centuries of racist policing in a nation founded on slavery. Some say they had prepared themselves for a different, and devastating, outcome.

“We are relieved but not celebrating because the killing continues,” the Rev. Jesse Jackson, who traveled to Minneapolis for the verdict, said in a telephone interview. “We hope this is the breaking point to stop legal lynching.”

‘A Pebble in the Ocean’

In Washington, D.C., London Williams visited Black Lives Matter Plaza while waiting for the verdict and said in the moments before the news came that he wasn’t sure he’d ever feel safe if Chauvin was acquitted. Williams, who is Black, burst into tears and doubled over with emotion upon seeing the news of the verdict on his phone.

Lisbon was one of 19 people arrested by police last September during a Black Lives Matter march.

“We just got so used to not hearing good news, to not having the justice system on your side for so long,” Lisbon said.

In St. Louis, a police association made up predominantly of Black officers called the verdict important but “a pebble in the ocean.”

“This victory is small but historical. Yet, why should we be thankful for something that is right? Why should we be thankful when George Floyd doesn’t have his life or his future?” said a statement from the Ethical Society of Police, which represents about 260 St. Louis officers. “We all need to continue to fight for a change. … We need change to end this systemic racism.”

As people rejoiced, law enforcement from Minneapolis to Portland, Oregon, also prepared for any unrest in the hours to come.

In Grand Rapids, which had some of Michigan’s worst violence after Floyd’s death, authorities placed concrete barriers around the police building before the verdict was announced. Officials said they would protect the right to peacefully assemble but also wanted to be on guard for “chaos and destruction.”

And in Portland, Oregon, which has seen repeated protests and vandalism since Floyd’s death, the mayor declared a state of emergency Tuesday and put state police and the National Guard on standby to help local authorities with any unrest. Small groups of protesters have set fires, broken windows and vandalized buildings, including a church, a Boys & Girls Club and a historical society, in recent days over the deaths of Wright and Toledo, as well as a fatal police shooting in Portland last week.

At a news conference just minutes before the verdict was read, Mayor Ted Wheeler asked businesses to prepare by securing trash bins and making other preparations.

The FBI’s Portland office also said in a statement that the verdict was a “once-in-a-generation opportunity” to build a more just society but also cautioned that anyone caught vandalizing property or committing any other crime while protesting would be held accountable.