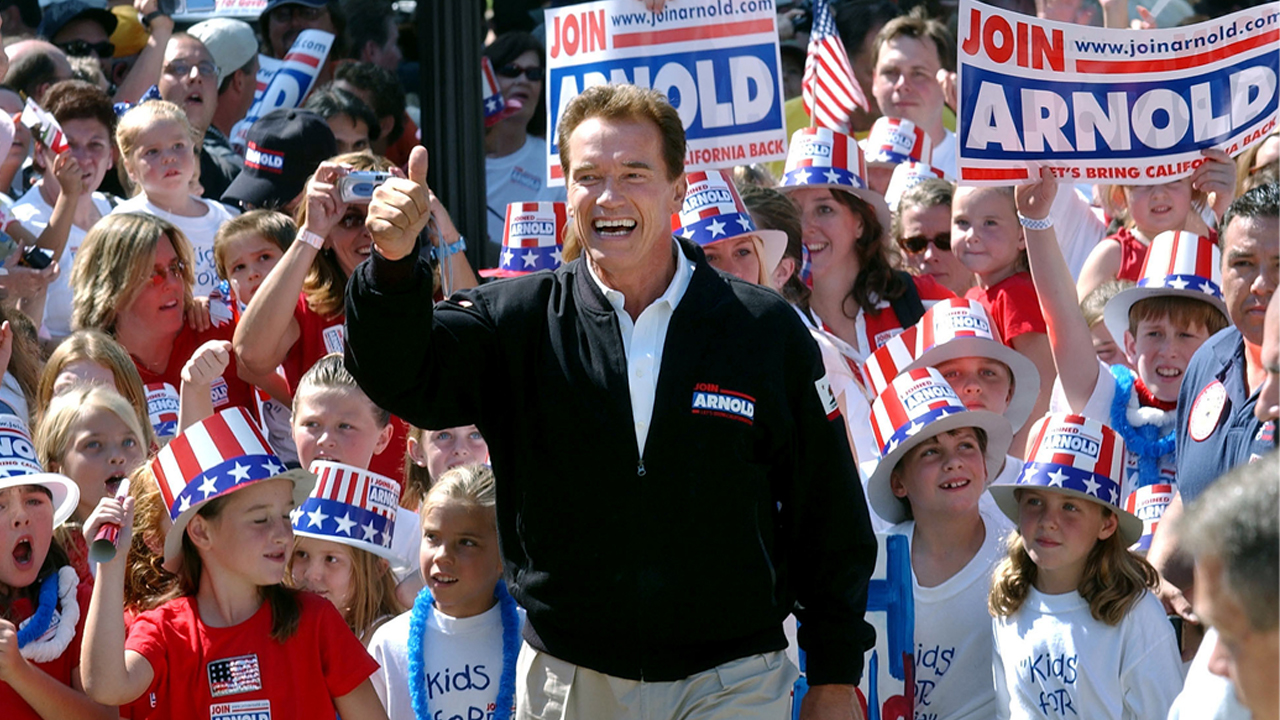 The chance to recapture the governorship in the most populous state is an energizing prospect for Republicans who have been locked out of statewide office for more than a decade. That was when Arnold Schwarzenegger was ending a governorship that began when he ousted Democratic Gov. Gray Davis in a 2003 recall, the only successful recall of a governor in state history.

But the GOP constitutes just a quarter of voters in California and with no Schwarzenegger-like candidate who is immediately recognizable to voters, it’s an uphill climb to attract the independents and Democrats needed to recall Newsom all while keeping Republicans united. A recent poll by the Public Policy Institute of California found just 40% of Californians support recalling the first-term governor.

“If this is simply branded as a Republican effort the likelihood of success is very slim,” said Tim Rosales, a Republican consultant who recently left his job as campaign manager to John Cox, a businessman who lost to Newsom in 2018 and is running again.

Beyond Cox, the top Republicans in the race so far are former San Diego Mayor Kevin Faulconer and ex-U.S. Rep. Doug Ose, who last held office in 2005. Neither is close to a household name, though Faulconer has been barnstorming the state to raise his profile.

Waiting for Another Schwarzenegger

The closest thing to Schwarzenegger this time may be reality TV star and former Olympian Caitlyn Jenner, who has said she may enter the race. She is a longtime Republican but has never sought elected office.

Stephen Puetz, the campaign manager for Faulconer, said if people are waiting for another Schwarzenegger, “they’re going to be waiting for a long time.”

Faulconer’s team says he fits the mold of a Republican who can win in a Democratic state, like Gov. Larry Hogan in Maryland or Charlie Baker in Massachusetts. He was elected mayor twice in San Diego, the eighth-largest city in the country by population and a place where Democrats outnumber Republicans.

“It’s a long race. Everyone thinks of it as short, but it’s not that short,” Puetz said, arguing that Faulconer has plenty of time to boost name recognition and energize voters.

The California Republican Party hasn’t chosen a favorite yet but Chairwoman Jessica Millan Patterson said an endorsement will come before the election, expected in the fall.

“If we can all get in agreement on a single candidate I think it works better for all of us,” she said in an interview with The Associated Press. “I’m hopeful that we find that candidate that can unite us all and say: ‘This is the best chance we have at winning.'”

But recall organizers, including the leader of the grassroots group that led the signature gathering effort, as well as the Republican Governors Association, plan to stay out of the candidate fight. Instead, they’ll focus solely on trying to convince voters to oust Newsom.

“We’re opening the door, that’s all we’re doing,” said Anne Dunsmore, a consultant for Rescue California, a committee that plans to raise money, run TV ads and conduct polling for the pro-recall campaign. “And if we don’t succeed it doesn’t matter what anybody else does.”

Recall supporters gathered 2.1 million signatures in about nine months. Next week, it’s expected enough will be verified by election officials to qualify the recall for a ballot that will ask voters two questions: Should Newsom be recalled? Who should replace him?

The votes on the second question will only be counted if a simple majority wants to remove Newsom. Then the candidate with the most votes becomes governor regardless of whether they top 50%.

Dunsmore said she envisions Rescue California and the partner committee run by Orrin Heatlie, the retired county sheriff’s sergeant who launched the recall petition, appealing to independent voters and others who may be skeptical of party structures, while the parties focus on turning out the Republican base.

GOP Hopes to Choose Candidate in Next Few Months

Heatlie, meanwhile, is skeptical of any national party involvement, calling the Republican Governors Association’s creation of a political committee a “money grab.” And any endorsement of a candidate by the official party could serve to alienate grassroots activists.

But Republicans will be in a stronger position to get voters to say “yes” on the first if there is a compelling choice to replace him, Patterson said. The state GOP hopes to pick a candidate in the next few months, and she is looking for someone that can build a statewide organization, raise lots of money and has support from other Republican elected officials throughout the state. The majority of Republican state lawmakers already endorsed Faulconer.

“What I think California’s don’t want is Gavin Newsom Lite, they want true, bold, different leadership and that’s what we’ll be focusing on,” she said.

Much of the voter anger at Newsom was fueled by his handling of the coronavirus. But conditions in the state are vastly improved from the start of the year when California was the epicenter for the country and most of the state was locked down.

One of the biggest threats to Newsom would be if another Democrat enters the race, something he and his advisers are working hard to prevent. Many believe the decision by Democratic Lt. Gov. Cruz Bustamante to enter the 2003 recall hurt Davis.

For now, Democrats are strongly united behind Newsom. In recent weeks, leaders from Black, Latino, Jewish and LGBTQ political groups have held news conferences supporting Newsom, and many prominent Democrats have said they will not run against him.

Republicans’ best hope may be that Newsom makes another blunder like his November decision to attend a lobbyist’s birthday party while urging residents to stay home, said Jack Pitney, a professor of politics at Claremont McKenna College. Photos of a maskless Newsom sitting close to others at the party infuriated Californians and spurred people to sign recall petitions.

“The Republicans can’t win it,” Pitney said. “But Gavin Newsom can lose it.”

Crowds React with Joy, Wariness to Verdict in Floyd’s Death

Murder Charges in Killing of 3 Children by ex-Porterville Mom