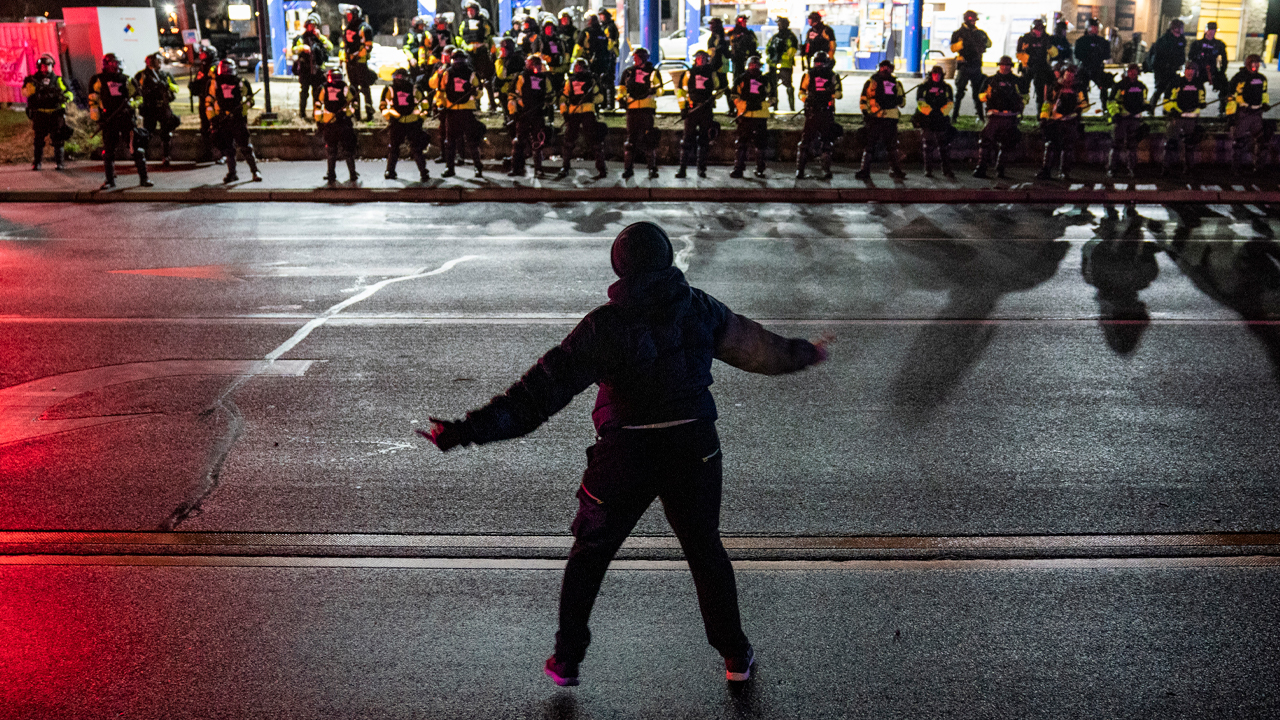 BROOKLYN CENTER, Minn. — The pressure built Tuesday to fire the suburban Minneapolis police officer who killed a 20-year-old Black man during an altercation after a traffic stop, a shooting authorities said was a tragic mistake but that family members of Daunte Wright and others pointed to as yet the latest example of a broken criminal justice system.

Brooklyn Center Mayor Mike Elliott called the shooting in his city “deeply tragic” and called for the officer to be fired. Elliott, the city’s first Black mayor, announced Monday night that the City Council had fired the city manager and voted to give his office “command authority” over the police force.

“We’re going to do everything we can to ensure that justice is done and our communities are made whole,” Elliott said.

Police Chief Claims Officer Mistook her Gun for a Taser

The city’s police chief has said he believes the officer, identified as 26-year-veteran Kim Potter, mistakenly grabbed her gun when she was going for her Taser. She can be heard on her body-camera video shouting “Taser! Taser!”

Wright’s father, Aubrey Wright, told ABC’s “Good Morning America” on Tuesday that he rejects the explanation that the officer accidentally fired her handgun instead of her Taser.

Wright’s family planned to speak out again Tuesday alongside the family of George Floyd at the courthouse where the trial is being held for a former Minneapolis police officer charged in his death. Protests erupted for a second night following Sunday’s shooting, heightening anxiety in an area already on edge as the Derek Chauvin trial progresses. Floyd, a Black man, died May 25 after Chauvin, who is white, pressed his knee against Floyd’s neck.

Chauvin and three other officers were fired the day after Floyd’s death. Potter was placed on administrative leave while the state Bureau of Criminal Apprehension investigates Wright’s death.

Brooklyn Center Police Chief Tim Gannon on Monday would not say whether she would be fired, saying she was entitled to due process.

“I think we can watch the video and ascertain whether she will be returning,” the chief said.

Now-former City Manager Curt Boganey, speaking to reporters before he was fired, declined to say whether he believed the officer should be fired and that she would get “due process.”

Gannon released body camera footage of the shooting, less than 24 hours after it happened.

After firing a single shot from her handgun, the car speeds away and the officer is heard saying, “Holy (expletive)! I shot him.”

Hundreds of protesters gathered in Brooklyn Center after nightfall Monday, and hours after a dusk-to-dawn curfew was announced by the governor. When the protesters wouldn’t disperse, police began firing gas canisters and flash-bang grenades, sending clouds wafting over the crowd and chasing some protesters away. A long line of police in riot gear, rhythmically pushing their clubs in front of them, began slowly forcing back the remaining crowds.

Brooklyn Center is a modest suburb just north of Minneapolis that has seen its demographics shift dramatically in recent years. In 2000, more than 70% of the city was white. Today, a majority of residents are Black, Asian or Latino.

Elliott, the mayor, immigrated from Liberia as a child. On Monday night, he was joined by Keith Ellison, the state’s first Black attorney general, in addressing protesters not far from police headquarters — telling the demonstrators to use their voices but remain safe.

“We are going to get to the bottom of this, we are going to make sure that there’s justice, that there’s officers held accountable,” Elliott can be heard telling protesters on video posted by a reporter for Minneapolis television station KARE.

Wright Died of Gunshot to the Chest

The body camera footage showed three officers around a stopped car, which authorities said was pulled over because it had expired registration tags. When another officer attempts to handcuff Wright, a second officer tells him he’s being arrested on a warrant. That’s when the struggle begins, followed by the shooting. Then the car travels several blocks before striking another vehicle.

Wright died of a gunshot wound to the chest, the Hennepin County Medical Examiner’s office said in a statement.

Court records show Wright was being sought after failing to appear in court on charges that he fled from officers and possessed a gun without a permit during an encounter with Minneapolis police in June.

Demonstrators began to gather shortly after the shooting, with some jumping atop police cars. Wright’s death prompted protests in other U.S. cities, including in Portland, Oregon, where police said a demonstration turned into a riot Monday night, with some in the crowd throwing rocks and other projectiles at officers.