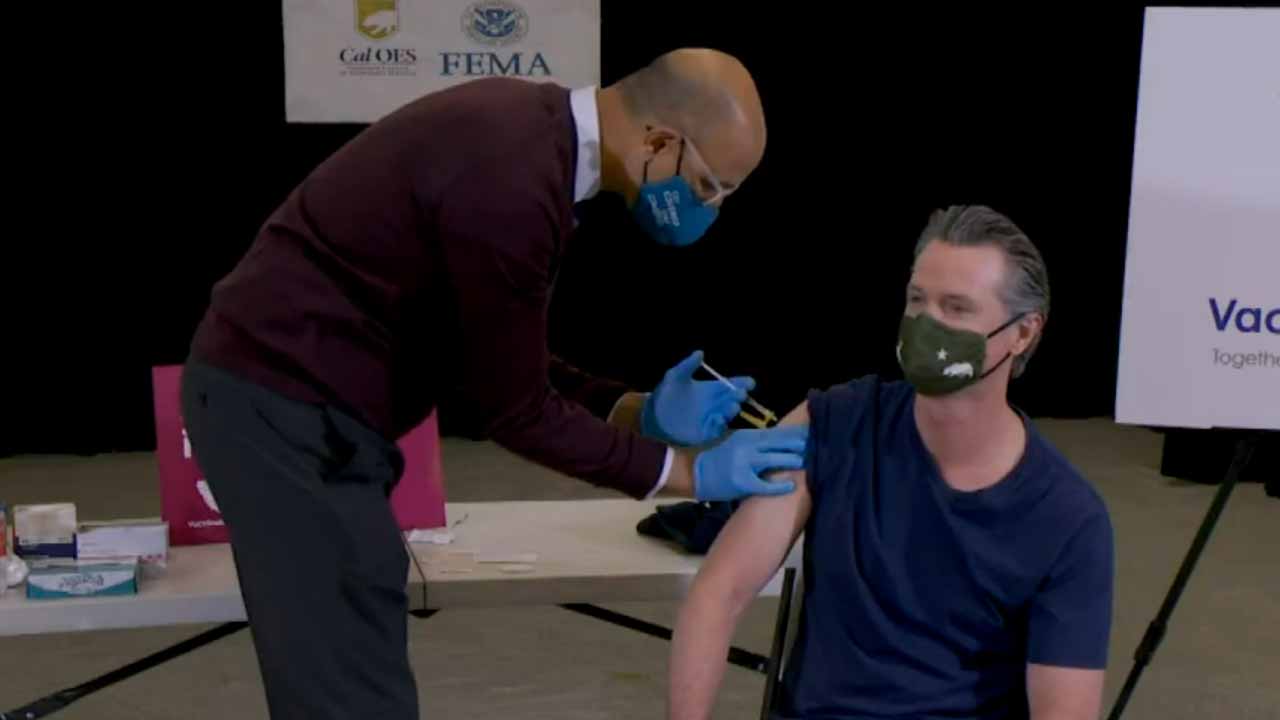 Governor Gavin Newsom received his “one and done” shot of the Johnson & Johnson vaccine Thursday, the same day that people 50 and older became eligible for inoculations across California.

The masked-up governor kept the mood of the on-air vaccination light, bantering as he pulled up the sleeve of his short-sleeved T-shirt. He joked that he brought his own doctor, health and human services secretary Dr. Mark Ghaly.

“Nothing to be nervous about,” Ghaly said, before poking the governor in the arm.

Journalist cameras clicked as the crowd gathered broke into applause. Newsom breathed in deeply after the shot. He disappeared from cameras for his 15-minute waiting period.

The vaccination took place in the mostly vacant first floor of a Los Angeles shopping mall in a historically Black neighborhood.

Newsom, who faces a recall election stemming partly from his handling of the pandemic, dressed casually jeans and the T-shirt. He sat on a folding plastic chair.

The governor is 53 and had said he would wait his turn for the vaccine.

California has administered more than 18 million doses as of Thursday and 6.7 million people are fully vaccinated. The state has nearly 40 million residents.

Neurosurgical Team Gets Young Equestrian Back in the Saddle

How Did $2.7 Billion in California Housing Bonds Disappear? Cue the Finger-Pointing.