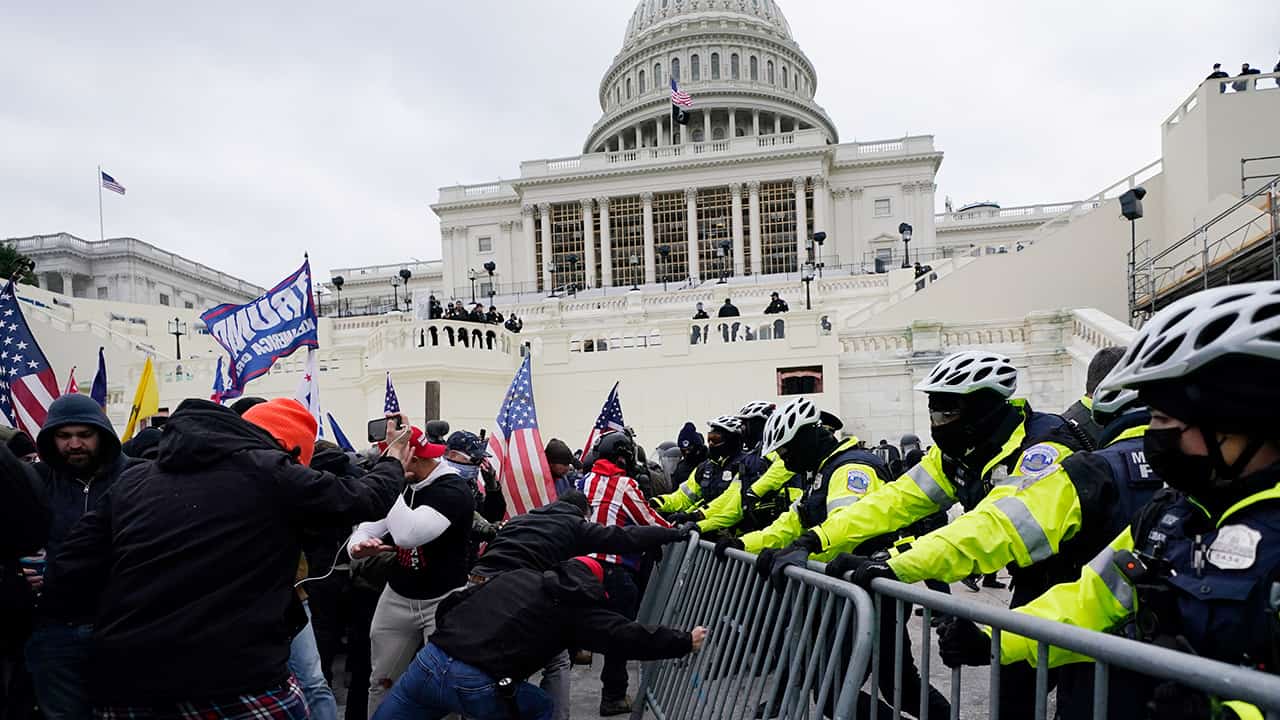 WASHINGTON — The Department of Homeland Security issued a national terrorism bulletin Wednesday warning of the potential for lingering violence from people motivated by anti-government sentiment after President Joe Biden’s election, suggesting the Jan. 6 riot at the Capitol may embolden extremists and set the stage for additional attacks.

The department did not cite a specific threat, but pointed to “a heightened threat environment across the United States” that it believes “will persist” for weeks after Biden’s Jan. 20 inauguration.

“Information suggests that some ideologically-motivated violent extremists with objections to the exercise of governmental authority and the presidential transition, as well as other perceived grievances fueled by false narratives, could continue to mobilize to incite or commit violence,” the bulletin said.

It did not mention any ideological or political affiliation, while noting the potential for violence from “a broad range of ideologically-motivated actors.”

It is not uncommon for the federal government to warn local law enforcement through bulletins and advisories about the prospect for violence tied to a particular date or event, such as July 4.

But this particular bulletin, issued through the the department’s National Terrorism Advisory System, is notable because it effectively places the Biden administration into the politically charged debate over how to describe or characterize acts motivated by political ideology and suggests that it sees violence aimed at overturning the election as akin to terrorism.

The wording of the single-page document suggests that national security officials see a connective thread between recent violence over the last year motivated by anti-government grievances, whether over COVID-19 restrictions, the 2020 election results or police use of force. It also singles out racially motivated acts of violence such as the 2019 rampage targeting Hispanics in Texas, as well as the threat posed by extremists motivated by foreign terrorist organizations.

The alert comes at a tense time after the riot at the Capitol by supporters of then-President Donald Trump who were seeking to overturn the presidential election. DHS also noted violent riots in “recent days,” an apparent reference to events in Portland, Oregon, linked to anarchist groups.

The alert was issued by acting Homeland Security Secretary David Pekoske. Biden’s nominee for the Cabinet post, Alejandro Mayorkas, has not been confirmed by the Senate.

Two former homeland security secretaries, Michael Chertoff and Janet Napolitano, called on the Senate to confirm Mayorkas so he can start working with the FBI and other agencies and deal with the threat posed by domestic extremists, among other issues.

Chertoff, who served under President George W. Bush, said in a conference call with reporters that attacks by far-right, domestic extremists are not new but that deaths attributed to them in recent years in the U.S. have exceeded those linked to jihadists such as al-Qaida. “We have to be candid and face what the real risk is,” he said.