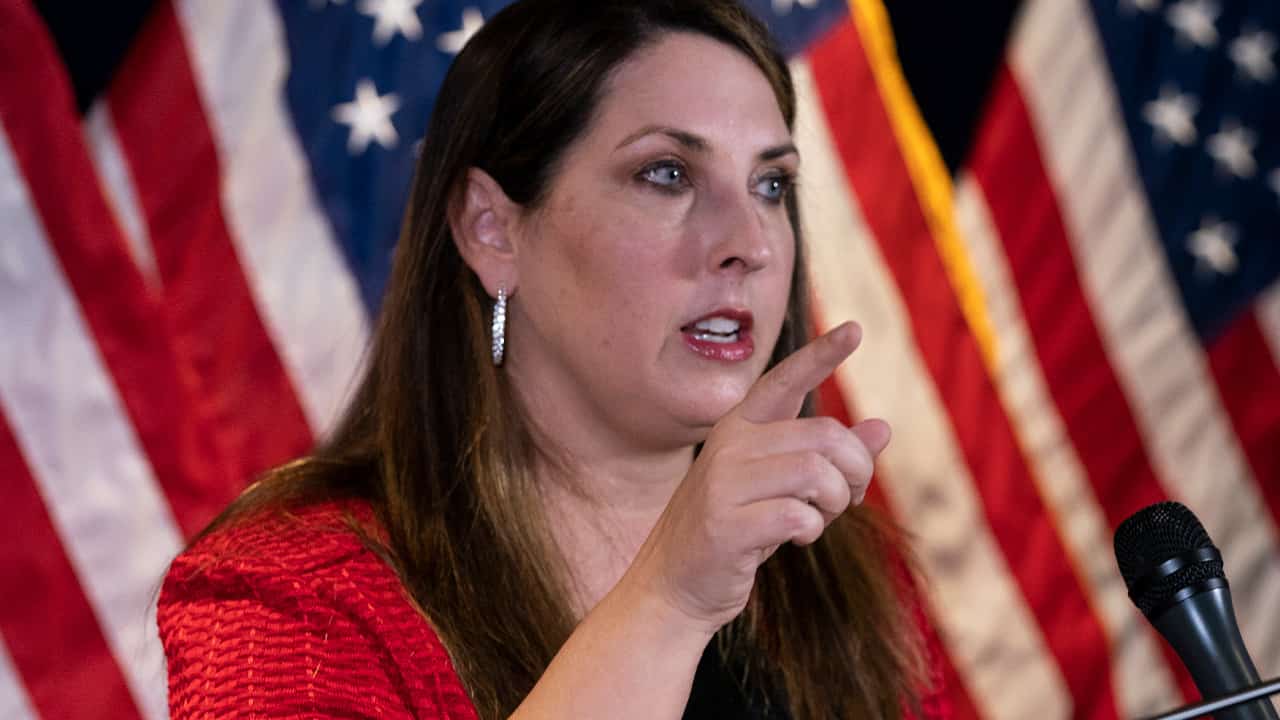 NEW YORK — The head of the Republican National Committee on Wednesday declined to encourage former President Donald Trump to run for the White House in 2024, saying the GOP would stay “neutral” in its next presidential primary.

The national GOP, under McDaniel’s leadership, spent the past four years almost singularly focused on Trump’s 2020 reelection. But should he run again in 2024 — and he has publicly and privately suggested he wants to — the national party infrastructure would not support his ambitions over other prospective candidates in accordance with party rules, she said.

“The party has to stay neutral. I’m not telling anybody to run or not to run in 2024,” McDaniel told The Associated Press when asked whether she wanted to see Trump run again in the next presidential election. “That’s going to be up to those candidates going forward. What I really do want to see him do, though, is help us win back majorities in 2022.”

Just months removed from the last presidential election, several Republican prospects have already begun jockeying for position for the 2024 contest. McDaniel is far more focused on the 2022 midterms, when Republicans have an opportunity to break the Democrats’ monopoly on Congress.

McDaniel is in a difficult political position as she begins her new term as the national GOP chair.

She has been a devoted Trump loyalist, but as the RNC leader, she is also tasked with helping her party recover from its painful 2020 election season in which Republicans lost the Senate and the White House and failed to win back the House. Trump’s fervent base continues to demand loyalty to the former president, even as some party officials acknowledge that Trump’s norm-shattering behavior alienated elements of the coalition the GOP needs to win future elections.

Tensions are especially high within the party as the Senate prepares for Trump’s second impeachment trial.

Ten House Republicans voted earlier in the month to impeach the former president for inciting the Jan. 6 attack on the Capitol, and on Tuesday, five Senate Republicans voted to move forward with a trial that could ultimately ban him from holding public office ever again.

Moving Forward, She Said That Voters, Not Trump, Are the Head of the Republican Party

In the interview, McDaniel called for Republican unity and discouraged elected officials from attacking other Republicans — even those who voted to impeach Trump. She declined to single out any specific Republicans when pressed, however, including Trump loyalist Rep. Matt Gaetz, R-Fla., who is traveling to Wyoming this week to campaign against Rep. Liz Cheney, the highest ranking House Republican that supported Trump’s impeachment.

“If we’re fighting each other every day and attacking each other and brandishing party purism, we’re not going to accomplish what we need to to win back the House and take back the Senate, and that’s my priority,” McDaniel said.

She also forcefully condemned the pro-Trump QAnon movement, a large group of conspiracy theorists who were a visible presence at the Capitol insurrection on Jan. 6. Trump repeatedly declined to denounce the group while in the White House.

“I think it’s really important after what’s just happened in our country that we have some self reflection on the violence that’s continuing to erupt in our country,” McDaniel said. “I think QAnon is beyond fringe. I think it’s dangerous.”

Moving forward, she said that voters, not Trump, are the head of the Republican Party, although Trump continues to maintain “a huge, huge presence” with his base.

She also downplayed reports that Trump is considering leaving the GOP and starting a new party, warning that such a move would divide Republicans and “guarantee Democrat wins up and down the ticket.

“It would be basically a rubber stamp on Democrats getting elected. And I think that’s the last thing that any Republican wants,” she said. “It’s clear that he understands that.”

California Man With Cache of Pipe Bombs, Other Weapons Charged by Feds