US Virus Numbers Drop, but Race Against New Strains Heats Up 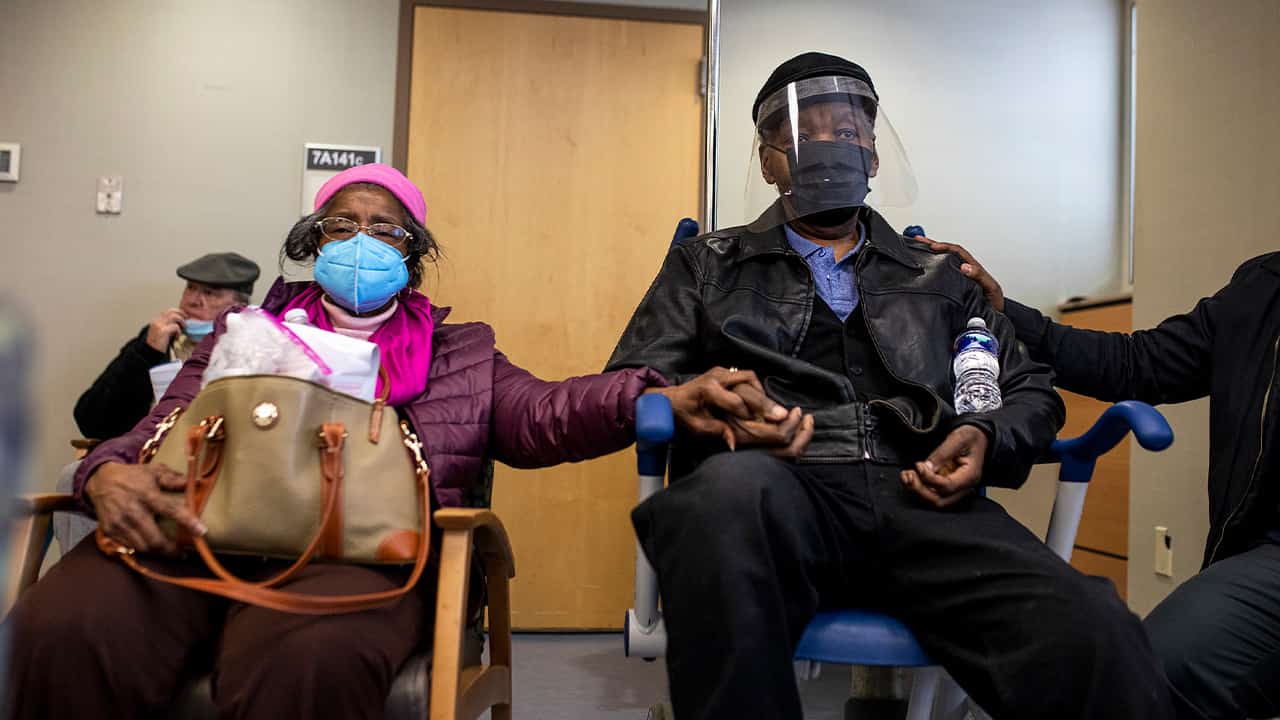 Coronavirus deaths and cases per day in the U.S. dropped markedly over the past couple of weeks but are still running at alarmingly high levels, and the effort to snuff out COVID-19 is becoming an ever more urgent race between the vaccine and the mutating virus.

The government’s top infectious-disease expert, Dr. Anthony Fauci, said the improvement in numbers around the country appears to reflect a “natural peaking and then plateauing” after a holiday surge, rather than the arrival of the vaccine in mid-December.

States that have been hot spots in recent weeks such as California and Arizona have shown similar improvements during the same period.

On Monday, California lifted regional stay-at-home orders in favor of county-by-county restrictions and ended a 10 p.m. curfew. The shift will allow restaurants and churches to resume outdoor operations and hair and nail salons to reopen in many places, though local officials could maintain stricter rules.

Elsewhere, Minnesota school districts have begun bringing elementary students back for in-person learning. Chicago’s school system, the nation’s third-largest district, had hoped to bring teachers back Monday to prepare for students to return next month, but the teachers union has refused. Illinois announced that that more counties will be able to offer limited indoor dining.

“I don’t think the dynamics of what we’re seeing now with the plateauing is significantly influenced yet — it will be soon — but yet by the vaccine. I just think it’s the natural course of plateauing,” Fauci told NBC’s “Today.”

Ali Mokdad, a professor of health metrics sciences at the University of Washington, said that a predicted holiday surge was reduced by people traveling less than expected, and an increase in mask wearing in response to spikes in infections has since helped bring the numbers down.

Caitlin Rivers, an epidemiologist at the Johns Hopkins Center for Health Security, said too few people have been vaccinated so far for that to have had a significant impact on virus trends. She said she can’t predict how long it will take for the vaccines’ effects to be reflected in the numbers.

Rivers said she is concerned that the more contagious variants of the virus could lead to a deadly resurgence later this year.

“I think we were on track to have a good — or a better, at least — spring and summer, and I’m worried that the variants might be throwing us a curveball,” she said.

Nationwide, about 18 million people, or less than 6% of the U.S. population, have received at least one dose of vaccine, including about 3 million who have gotten the second shot, according to the Centers for Disease Control and Prevention. Only slightly more than half of the 41 million doses distributed to the states by the federal government have been injected into arms, by the CDC’s count.

The virus has killed over 419,000 Americans and infected more than 25 million, with a widely cited University of Washington model projecting the death toll will reach about 569,000 by May 1.

And health experts have warned that the more contagious and possibly more deadly variant sweeping through Britain will probably become the dominant source of infection in the U.S. by March. It has been reported in over 20 states so far. Another mutant version is circulating in South Africa.

The more the virus spreads, the more opportunities it has to mutate. The fear is that it will ultimately render the vaccines ineffective.

Most Non-U.S. Citizens Who Have Been to Brazil, Ireland, Britain and Other European Nations Will Be Barred From Entering the U.S.

To guard against the new variants, President Joe Biden on Monday added South Africa to the list of more than two dozen countries whose residents are subject to coronavirus-related limits on entering the U.S.

Most non-U.S. citizens who have been to Brazil, Ireland, Britain and other European nations will be barred from entering the U.S. under the rules re-imposed by Biden after President Donald Trump had moved to relax them.

He said there is “a very slight, modest diminution” of the effectiveness of COVID-19 vaccines against those variants, but “there’s enough cushion with the vaccines that we have that we still consider them to be effective” against both.

Moderna, the maker of one of the two vaccines being used in the U.S., announced on Monday that it is beginning to test a possible booster dose against the South African variant. Moderna CEO Stephane Bancel said the move was out of “an abundance of caution” after preliminary lab tests suggested its shot produced a weaker immune response to that variant.

The vaccine rollout in the U.S. has been marked by disarray and confusion, with states complaining in recent days about shortages and inadequate deliveries that have forced them to cancel mass vaccination events and tens of thousands of appointments.

“Here you have New York City ready to vaccinate at the rate of a half-million New Yorkers a week, but we don’t have the vaccine to go with it,” de Blasio said. “A lot of other places in the country are ready to do so much more.”