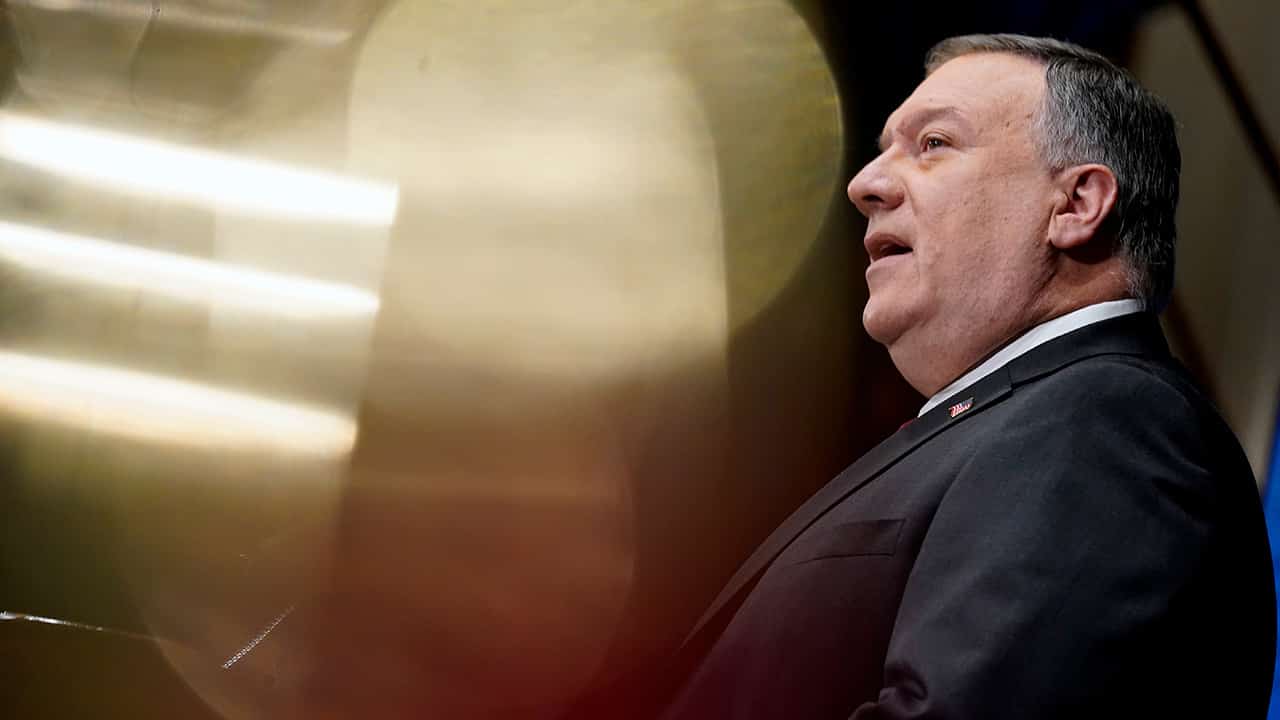 WASHINGTON — On his way out the door, Secretary of State Mike Pompeo lashed out anew at China on Tuesday by declaring that its policies on Muslims and ethnic minorities in the western Xinjiang region constitute “crimes against humanity” and a “genocide.” The rarely used designation is sure to provoke an angry response from Beijing.

Pompeo made the determination on Tuesday just 24 hours before President-elect Joe Biden takes office. There was no immediate response from the incoming Biden team, although several members have been sympathetic to such a designation in the past.

Pompeo’s determination does not come with any immediate repercussions although the legal implications mean the U.S. must take it into account in formulating policy toward China. The U.S. has spoken out and taken action, implementing a range of sanctions against senior Chinese Communist Party leaders and state-run enterprises that fund the architecture of repression across Xinjiang.

Many of those accused of having taken part in the repression are already under U.S. sanctions. The “genocide” designation means new measures will be easier to impose.

“After careful examination of the available facts, I have determined that since at least March 2017, the People’s Republic of China, under the direction and control of the Chinese Communist Party, has committed crimes against humanity against the predominantly Muslim Uyghurs and other members of ethnic and religious minority groups in Xinjiang,” Pompeo said in a statement.

“In addition, after careful examination of the available facts, I have determined that the PRC, under the direction and control of the CCP, has committed genocide against the predominantly Muslim Uyghurs and other ethnic and religious minority groups in Xinjiang. I believe this genocide is ongoing, and that we are witnessing the systematic attempt to destroy Uyghurs by the Chinese party-state.”

Since Last Year, the Administration Has Steadily Ramped up Pressure on Beijing

Tuesday’s move is the latest in a series of steps the outgoing Trump administration has taken against China.

Since last year, the administration has steadily ramped up pressure on Beijing, imposing sanctions on numerous officials and companies for their activities in Taiwan, Tibet, Hong Kong and the South China Sea.

Those penalties have gotten harsher since the beginning of last year when President Donald Trump and Pompeo began to accuse China of trying to cover up the coronavirus pandemic. Just on Saturday, Pompeo lifted restrictions on U.S. diplomatic contacts with Taiwanese officials, prompting a stern rebuke from China, which regards the island as a renegade province.

Five days ago, the administration announced it would halt imports of cotton and tomatoes from Xinjiang with Customs and Border Protection officials saying they would block products from there suspected of being produced with forced labor.

Xinjiang is a major global supplier of cotton, so the order could have significant effects on international commerce. The Trump administration has already blocked imports from individual companies linked to forced labor in the region, and the U.S. has imposed sanctions on Communist Party officials with prominent roles in the campaign.

China Has Denied All the Charges

China has imprisoned more than 1 million people, including Uighurs and other mostly Muslim ethnic groups, in a vast network of concentration camps, according to U.S. officials and human rights groups. People have been subjected to torture, sterilization and political indoctrination in addition to forced labor as part of an assimilation campaign in a region whose inhabitants are ethnically and culturally distinct from the Han Chinese majority.

China has denied all the charges, but Uighur forced labor has been linked by reporting from the AP to various products imported to the U.S., including clothing and electronic goods such as cameras and computer monitors. China says its policies in Xinjiang aim only to promote economic and social development in the region and stamp out radicalism. It also rejects criticism of what it considers its internal affairs.

The “genocide” designation is a rare step for the U.S. government, which did not apply it to the 1994 mass killings in Rwanda until much later.

Former Secretary of State Colin Powell designated the situation in Sudan’s western Darfur region a genocide in 2004. Former Secretary of State John Kerry applied the term to the Islamic State’s repression and massacres of Yazidis and other ethnic and religious minorities in Syria and Iraq in 2016, but he couched it by saying it was a legal determination only that did not mandate action by the U.S. government.

Related Topics:ChinaSecretary of State Mike Pompeo
Up Next