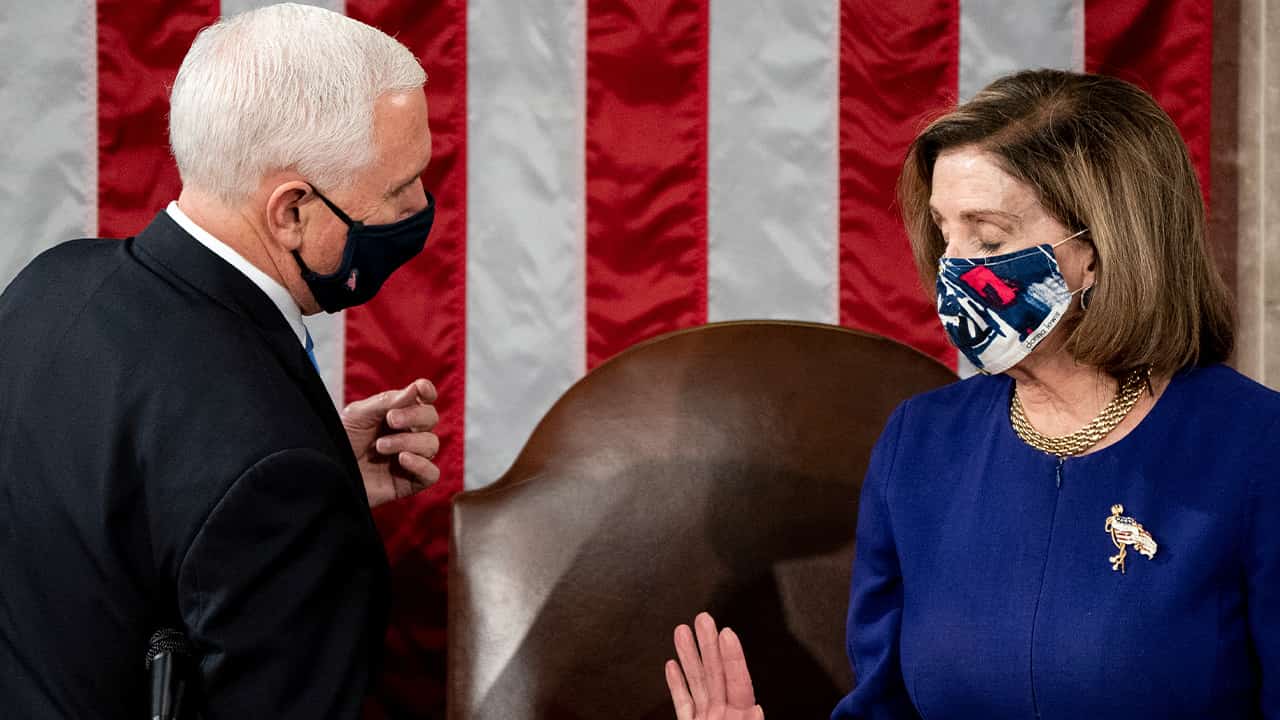 WASHINGTON — Defying President Donald Trump, Vice President Mike Pence acknowledged Wednesday he does not have the power to throw out the electoral votes that will make Democrat Joe Biden the next president in two weeks, dashing Trump’s baseless hopes that Pence somehow could find a way to keep him in office.

Under intense pressure from Trump and his allies to overturn the election results before the Jan. 20 inauguration, Pence issued a lengthy statement laying out his conclusion that a vice president cannot claim “unilateral authority” to reject states’ electoral votes.

“It is my considered judgment that my oath to support and defend the Constitution constrains me from claiming unilateral authority to determine which electoral votes should be counted and which should not,” Pence wrote in a letter to members of Congress before he gaveled in the joint session of Congress.

In a remarkable moment underscoring the dramatic split between Trump and his once most loyal lieutenant, Pence released the statement just after arriving at the Capitol to tally votes and as the president was telling thousands of supporters gathered near the White House that Pence could overturn those results.

“If Mike Pence does the right thing we win the election,” Trump told supporters who later marched through Washington and stormed the Capitol.

Trump tweeted his disapproval of Pence after returning to the White House.

“Mike Pence didn’t have the courage to do what should have been done to protect our Country and our Constitution, giving States a chance to certify a corrected set of facts, not the fraudulent or inaccurate ones which they were asked to previously certify,” he wrote. “USA demands the truth!”

After losing court case and after court case, and with no further options at hand, Trump and his allies had spent days in a futile bid to convince Pence that he could toss electors from battleground states that voted for Biden. The Constitution makes clear that the vice president’s role in the joint session is largely ceremonial and includes formally reading out the tallies.

Pence, as Expected, Made Clear in His Three-Page Letter That He Would Follow the Constitution

While Pence allies had made clear that he intended to defy Trump, they also understood that it was likely to enrage Trump and risked compromising Pence’s own political future. Pence is eyeing a run for the White House in 2024 and had banked on his years of loyalty to Trump to help him stand out in what is expected to be a crowded field. Even out of office, Trump is expected to remain the de facto leader of the Republican Party and a political kingmaker for years to come,

Pence, as expected, made clear in his three-page letter that he would follow the Constitution, not the commander in chief, no matter the political repercussions. He acknowledged a vice president has no unilateral power under the Constitution and the congressional rules that govern the count. It is up to the House and Senate to voice objections, and states’ electors were chosen in accordance with state law, not fraudulently.

Beginning at 1 p.m., Pence began to open the certificates of the electoral votes from each state and present them to the appointed “tellers” from the House and Senate in alphabetical order. The process had to be put hold when Trump supporters swarmed the Capitol.

Pence was ushered out of the Senate chamber to a secure location as protesters breached the building.

“The violence and destruction taking place at the US Capitol Must Stop and it Must Stop Now,” he tweeted. “Anyone involved must respect Law Enforcement officers and immediately leave the building.”

When the count ultimately ends, Pence will have the task of announcing who won the majority of votes for both president and vice president.

Despite claims by Trump and his allies, there was not widespread fraud in the election. This has been confirmed by a range of election officials and by William Barr, who stepped down as attorney general last month. Neither Trump nor any of the lawmakers promising to object to the count have presented credible evidence that would change the outcome.