President-elect Joe Biden called Wednesday for the restoration of “just simple decency” as a mob incited by his predecessor stormed the U.S. Capitol and delayed Congress from certifying the results of November’s election in which Biden won the White House.

Biden had planned to deliver a speech focused on how to revive an economy and provide financial relief for small business owners reeling from the coronavirus pandemic from his native Delaware.

But shortly before he was to begin speaking, demonstrators broke into the capital, reaching as far as the House floor. The building was locked down and police with guns drawn moved in as Vice President Mike Pence and lawmakers were evacuated to secure locations. National Guard troops were deployed and a citywide curfew called for shortly after dusk, as rioters continued to occupy the capital for hours.

At least one explosive device was found near the Capitol building. Law enforcement officials said the device was no longer a threat. 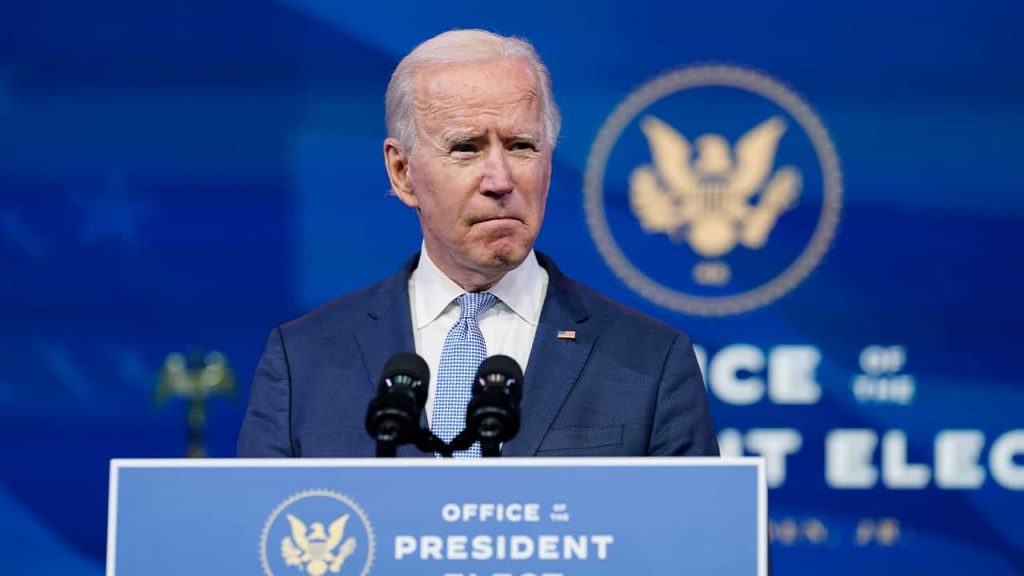 “At this hour our democracy is under unprecedented assault unlike anything we’ve seen in modern times,” Biden said, adding that what unfolded was, “an assault on the rule of law like few times we have ever seen it.”

He said the uprising bordered on sedition, adding, “The scenes of chaos at the capitol do not reflect a true America, do not represent who we are.”

‘Demand an End to This Siege’

“I call on this mob to pull back and allow democracy to go forward,” Biden said. “At their best the words of a president can inspire, at their worst they can incite.”

Biden also called on Trump to “go on national television now” to “demand an end to this siege.”

A joint session of Congress had convened to certified Biden’s election victory. But as that was occurring, Trump addressed thousands of demonstrators who had amassed outside the Capitol to cheer his baseless claims of voter fraud and to protest the results of a free and fair election simply because the candidate they support lost it.

Trump’s supporters moved on to besiege the Capitol — leading to unsettling scenes of chaos and violence unseen in Washington for decades.

Biden’s speech was delayed by more than an hour as the president-elect and aides tore up his scheduled remarks and worked to craft a new statement addressing the scene in the nation’s capital. There didn’t appear to be additional security around Biden, but, as the president-elect huddled backstage, agents on his U.S. Secret Service detail stood in their places in front of a stage at a theater in downtown Wilmington, with featured four American flags, for more than hour.

Shortly after Biden spoke, President Donald Trump, in a video message, is urging supporters to “go home” but is also keeping up false attacks about the presidential election.

The video was issued more than two hours after protesters began storming the Capitol on Wednesday as lawmakers convened for an extraordinary joint session to confirm the Electoral College results and President-elect Joe Biden’s victory.

Trump opened his video, saying, “I know your pain. I know your hurt. But you have to go home now.”

He also went on to call the supporters “very special.” He also said, “we can’t play into the hands of these people. We have to have peace. So go home. We love you. You’re very special.”

Republican lawmakers and previous administration officials had begged Trump to give a statement to his supporters to quell the violence. The statement came as authorities struggled to take control of a chaotic situation at the Capitol that led to the evacuation of lawmakers.