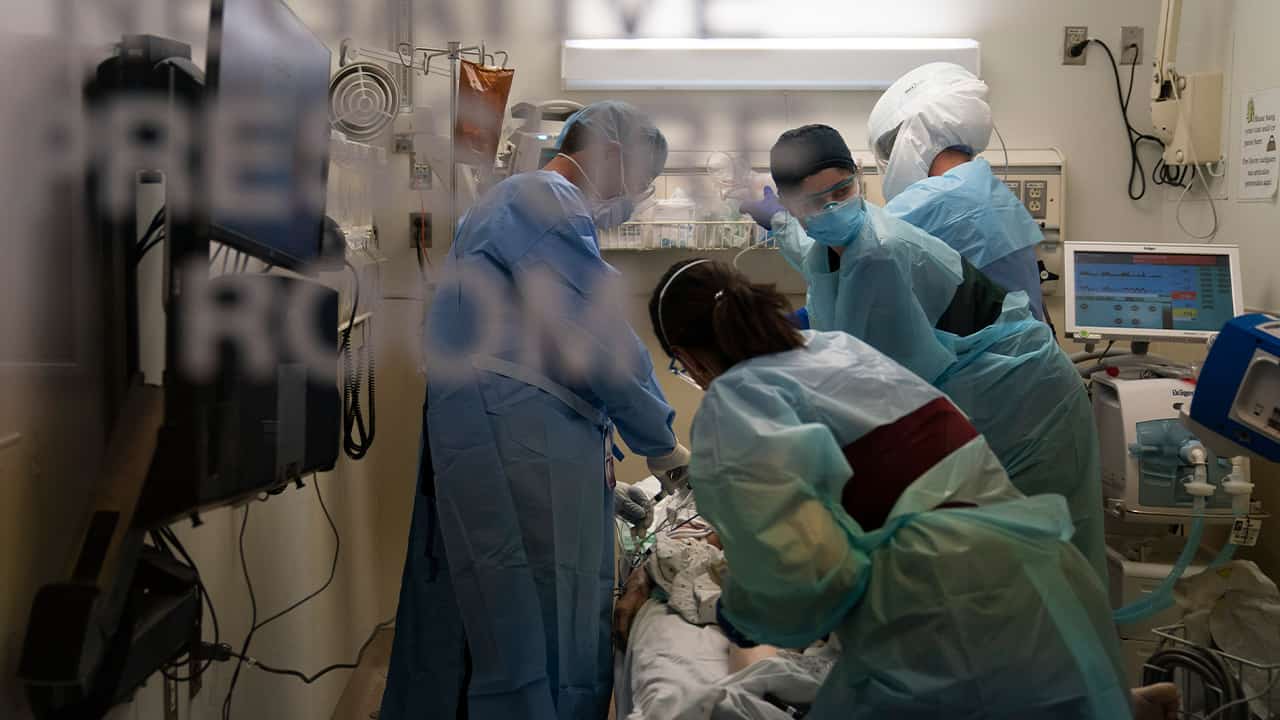 Here’s what’s happening Tuesday with the coronavirus pandemic in the U.S.:

—Largely because of the pandemic, this is shaping up as the deadliest year in U.S. history, with deaths expected to exceed 3 million for the first time. The 2020 death rate could be at least 15% higher than last year’s, once December totals are tallied. Life expectancy for 2020 could drop as much as three full years, said Robert Anderson of the Centers for Disease Control and Prevention.

—The coronavirus pandemic is dragging down U.S. consumer confidence during the crucial holiday season, which could make or break a number of retailers, airlines, restaurants and other sectors. The December reading of 88.6 released Tuesday by the Conference Board is a sharp decline from last month, which was revised downward to 92.9, and it is far worse than economists had expected.

—The governor of North Dakota is allowing bars and restaurants to return to regular hours of operation with a drop in active COVID-19 cases and hospitalizations. Republican Gov. Doug Burgum’s executive order requires the establishments to follow other state and local rules, including limiting capacity and continuing precautions such as social distancing and mask wearing.

THE NUMBERS: The seven-day rolling average for daily new deaths in the U.S. increased over the past two weeks from from 2,228 on December 7 to 2,655 on December 21. according to data from Johns Hopkins University.

DEATH TOLL: The U.S. death toll stands at 319,466 people, roughly the same as the population of Henderson, Nevada, a Las Vegas suburban city.

QUOTABLE: “This is the perfect 2020 tree.” — Camm Tyler, one of many customers who bought scrawny “Charlie Brown” Christmas trees from a neighborhood lot in Richmond, Virginia, to support a private middle school that provides scholarships for students from an impoverished area of the city.

ICYMI: The coronavirus legislation approved by Congress should put a stop to “surprise” medical bills as of January 2022. Unexpected charges that can reach tens of thousands of dollars come from doctors and hospitals that are outside the network of a patient’s health insurance plan. The compromise bill would limit what patients can be billed for out-of-network services to a fee that’s based on in-network charges.

ON THE HORIZON: President Donald Trump is expected in coming days to sign a $900 billion pandemic relief bill that cleared Congress on Monday. It would establish a temporary $300 per week supplemental jobless benefit and a $600 direct stimulus payment to most Americans. Treasury Secretary Steven Mnuchin says direct payments will begin arriving in bank accounts next week.

As Small Businesses Await New Aid, It’s Too Late for Some