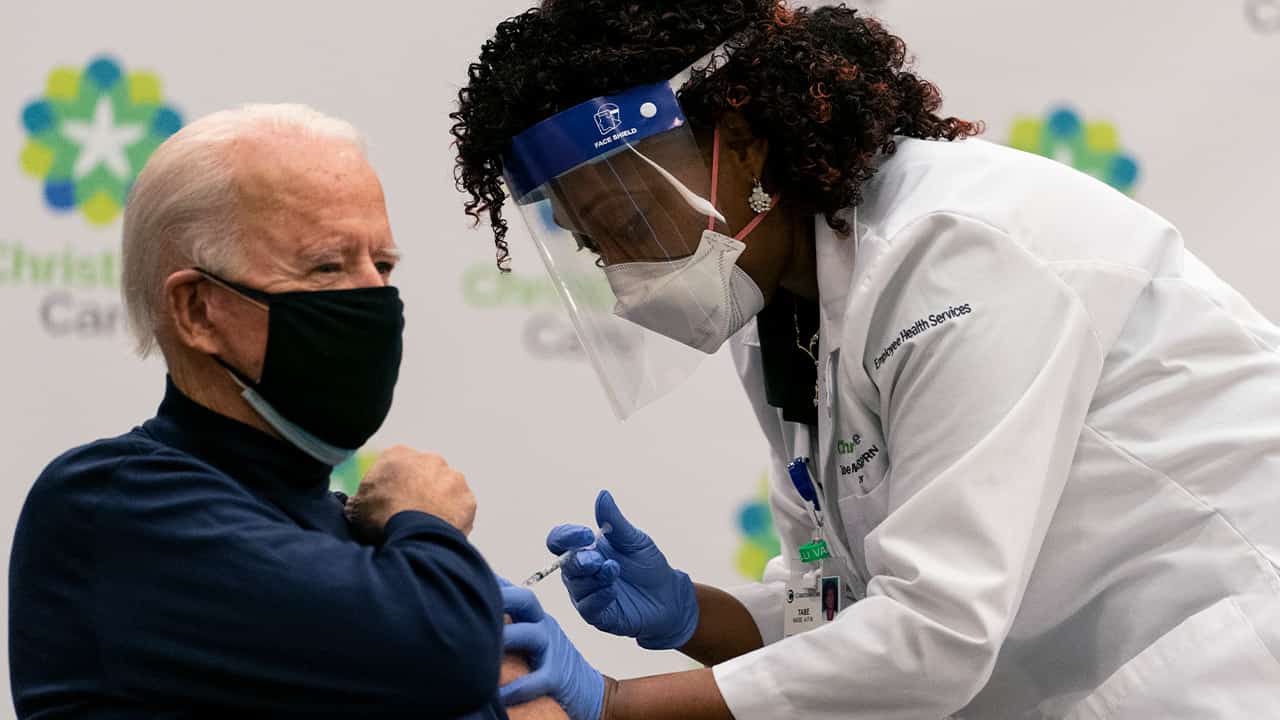 WILMINGTON, Del. — President-elect Joe Biden will speak Tuesday as the nation deals with a COVID-19 surge that’s casting a shadow over the Christmas holiday this week.

Biden will deliver remarks in Wilmington, Delaware on Tuesday afternoon, where he’s expected to speak on the $900 billion coronavirus aid bill passed by Congress on Monday. It’s a package he supports but one he’s said is just a “down payment” for a broader relief bill he plans to introduce when he takes office in January.

And as he did prior to Thanksgiving, Biden will express sympathy for the struggles American families are facing as they head into Christmas dealing with the emotional and economic impacts of the pandemic. But he’ll encourage the nation to continue to take precautions to try to stem the spread of the virus, which has now killed more than 320,000 people in the United States.

Earlier this month, Biden said Americans “cannot be traveling during these holidays,” and acknowledged that “Christmas is going to be a lot harder.”

The remarks come the day after Biden himself got vaccinated on live television as part of an effort to reassure people that the COVID-19 vaccine is safe. After a quick prick in the arm, Biden urged Americans to continue wearing masks and socially distance if possible during the holidays.

Progressives Notched a Win in the Latest Round of Staff Announcements

“If you don’t have to travel, don’t travel,” he said. “It’s really important.”

On Tuesday, Biden’s team also announced a new round of White House staff appointments, led by longtime aide Bruce Reed as deputy chief of staff. Reed served as Biden’s chief of staff during his first term as vice president, as has long been a close member of Biden’s inner circle of advisers.

But throughout the weeks of speculation over Biden’s Cabinet selections, progressives have expressed concerns about what they see as Reed’s moderate political views and fiscal conservatism.

Progressives notched a win in the latest round of staff announcements, however, with the appointment of Gautam Raghavan as deputy director of the office of Presidential Personnel. Raghavan served as chief of staff to Rep. Pramila Jayapal, who chairs the Congressional Progressive Caucus, and in his new role he’ll help evaluate applicants for thousands of federal jobs and appointments throughout the administration.

Related Topics:coronavirusJoe Biden
Up Next

Fox, Newsmax Shoot Down Their Own Aired Claims on Election