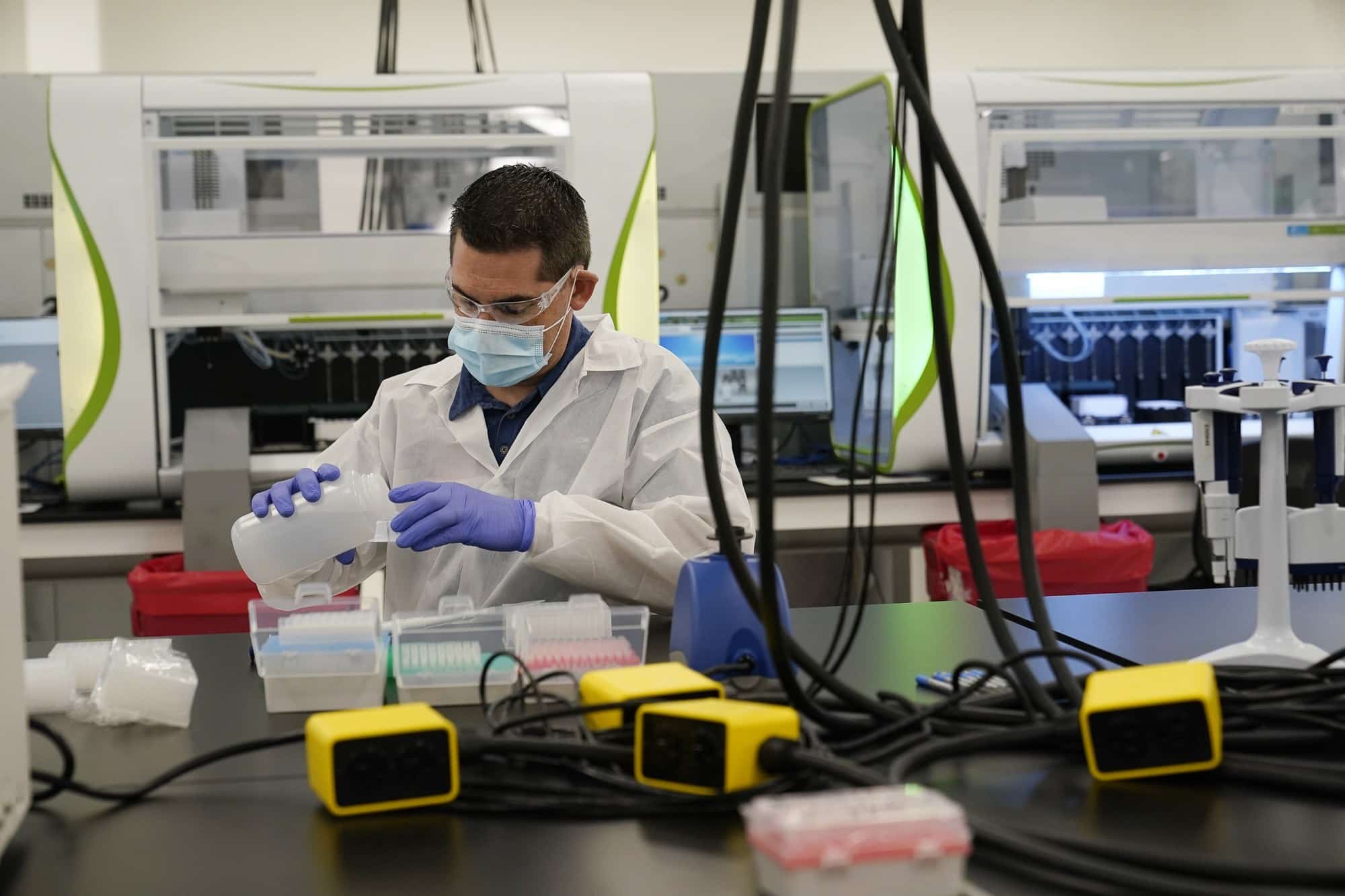 The lab was set up earlier in the pandemic to handle 700 COVID-19 specimens each day; now it’s receiving about 2,000, said the lab’s director, Godfred Masinde.

“We’ve been given more than we can handle,” said Masinde, who also is president of the California Association of Public Health Laboratory Directors.

Problems with COVID testing are resurfacing across California as turnaround times for test results climb once again after a summer of frustrating delays. Many labs have been slammed with record numbers of specimens as public health officials expanded test sites and hours and Californians flocked to get tested before Thanksgiving.

The average turnaround time for test results has risen by 30% from the first week in November to the last week, or from 1.3 days to 1.7 days, according to state public health data.

That may not sound like much, but public health experts say it’s critical for COVID-19 test results to be reported within one to two days, because longer delays mean that infected people may unknowingly spread the disease to others before they can isolate at home.

State health officials monitor test turnaround times closely, publicly posting a dashboard that tracks performance of the many commercial, hospital and government labs that collectively process up to 300,000 specimens every day. In the last week of November, 78% of test results were returned within two days on average, compared to 89% in the first week.

“In the middle of our surge, our testing capacity is getting stretched again even though we have doubled our capacity,” said Dr. Erica Pan, former acting state health officer said last week at a UCSF COVID-19 briefing. “Slow testing turnaround is happening again.”

California has spent hundreds of millions of dollars to boost the state’s laboratory capacity, contracting with commercial labs and building a massive new PerkinElmer laboratory in Southern California. That lab, in Valencia, was supposed to help ease the burden on other labs, but it’s still getting up and running. In the last week of November, nearly a third of its tests took three or more days to process and return results, despite the 24- to 48-hour turnaround mandated in its contract.

However, some large commercial labs like Curative, in San Dimas, are managing to keep up with the onslaught of specimens.

Others, including giants LabCorp and Quest, are buckling under the strain. In the first week of November, those two labs returned results for 90% and 72% of their tests, respectively, within two days. But by the end of the month, as their caseloads rose by about one-third, LabCorp was only able to return 37% of its tests within two days; Quest reported only 31% of tests within two days.

Quest declined to discuss its California lab but noted it returns test results nationally within two to three days for all patients and within two days for priority patients. A LabCorp spokesperson said the company is returning COVID-19 test results within the two to four days specified on its website. She said it is seeing a nationwide rise in demand and plans to expand capacity.

Kaiser Permanente’s Southern California laboratory, which processed all of its roughly 50,000 COVID-19 tests within two days in the first week of November, saw its caseload more than triple by the end of that month. Its ability to return results declined sharply as a result.

In contrast, the HMO’s Northern California laboratory was not as hard-pressed. The two laboratories serve only Kaiser patients.

“The level of surge we’re seeing now risks overwhelming the state’s ability to keep up with testing and treatment,” said Lisa Arellanes, a Kaiser Permanente executive who oversees the labs. “That’s why it’s so critical to take action now to slow the spread of the virus, including practicing physical distancing, avoiding travel and gatherings, washing hands and wearing masks.”

Stanford Health Care’s laboratory also has struggled. Although it was able to process virtually all of its samples within two days in early November, the lab could only return just over half of samples by the end of the month, according to state public health data.

Dr. Christina Kong, the lab’s medical director, said in a statement that the lab has experienced equipment failures and nationwide shortages of some of the supplies they need to process COVID-19 specimens. The lab is installing a new PerkinElmer system and other automated equipment to speed up its work, Kong said.

The pressure on labs across the state is only expected to intensify. The long lines to get a COVID-19 test that Californians remember from the summer reappeared just before Thanksgiving as people sought pre-holiday tests, even though the state has worked to expand testing sites and hours.

State health officials say that the sheer number of tests is causing lab turnaround times to climb. They’re pinning their hopes on the new PerkinElmer public health lab, which is expected to handle up to 150,000 tests per day later in 2021, to ameliorate the lags.

But that’s not the only reason.

Labs have had to compete for scarce pipettes and other supplies needed to process tests. Lab machines, not built to withstand round-the-clock operation, are failing, said San Francisco’s  . Masinde. And he’s worried about his people – the microbiologists and technicians who’ve worked overtime and without a real break for months on end, much like the overworked nurses and doctors in California’s hospitals. Masinde needs another two microbiologists, but they’re in short supply and government regulations mean a time-consuming hiring process, he said.

Still, Masinde said his lab is remodeling to accommodate new automated equipment provided by the state, including robots, to help process the ever-growing torrent of test samples. He’s frustrated by the scramble, citing years of budget cutbacks and consolidation of California’s public health laboratories.

“You can see people are fatigued,” Masinde said. “But we are trying to cope.”

Barbara Feder Ostrov, Contributing Writer for CalMatters, has reported on medicine and health policy for more than 15 years.

Opinion: How to Create an Easier Path to Climate Goals Through Electric Vehicles