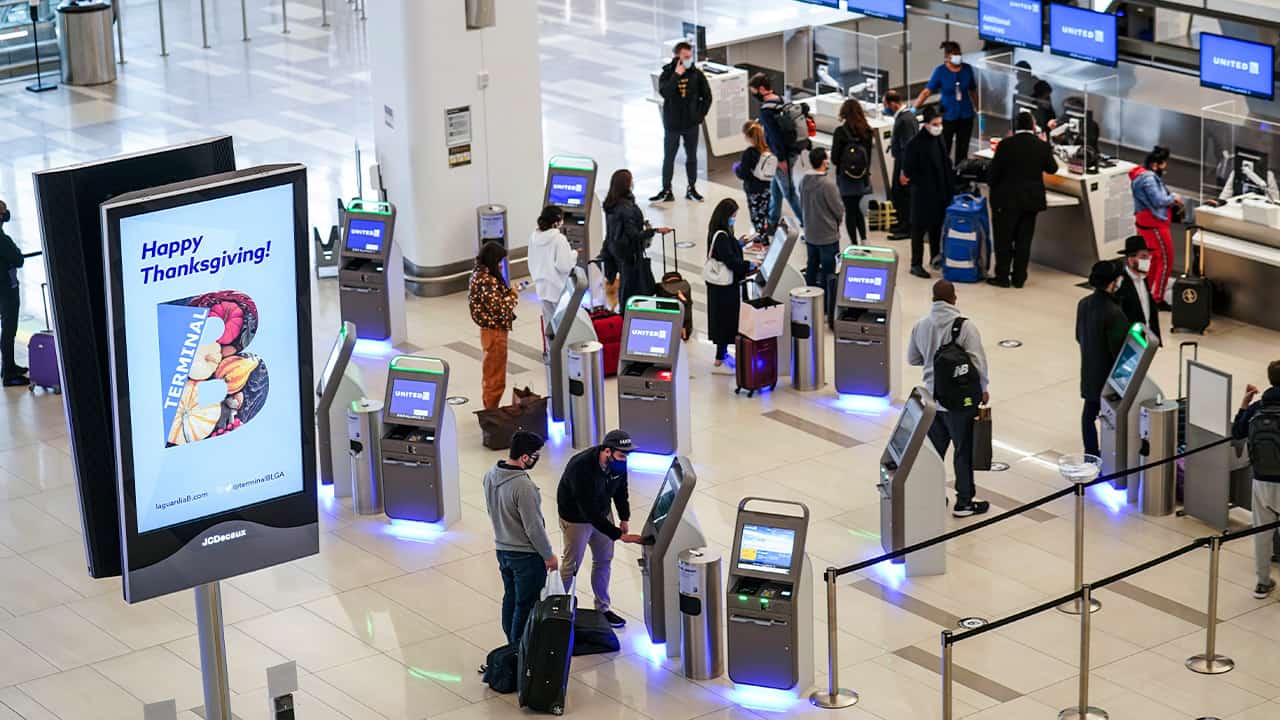 With some Americans now paying the price for what they did over Thanksgiving and falling sick with COVID-19, health officials are warning people — begging them, even — not to make the same mistake during the Christmas and New Year’s season.

“It’s a surge above the existing surge,” said Ali Mokdad, a professor of health metrics sciences at the University of Washington in Seattle. “Quite honestly, it’s a warning sign for all of us.”

Across the country, contact tracers and emergency room doctors are hearing repeatedly from new coronavirus patients that they socialized over Thanksgiving with people outside their households, despite emphatic public-health warnings to stay home and keep their distance from others.

The virus was raging across the nation even before Thanksgiving but was showing some signs of flattening out. It has picked up steam since, with new cases per day regularly climbing well over 200,000.

The dire outlook comes even as the U.S. stands on the brink of a major vaccination campaign against COVID-19, with the Food and Drug Administration expected to give the final go-ahead any day now to use Pfizer’s formula against the scourge that has killed over 290,000 Americans and infected more than 15.6 million.

Deaths in the U.S. have climbed to a seven-day average of almost 2,260 per day, about equal to the peak seen in mid-April, when the New York City area was under siege. New cases are running at about 195,000 a day, based on a two-week rolling average, a 16% increase from the day before Thanksgiving, according to an Associated Press analysis.

In Washington state, contact tracers counted at least 336 people testing positive who said they attended gatherings or traveled during the Thanksgiving weekend. More are expected.

The virus could still be incubating in someone who was exposed while traveling home the Sunday after Thanksgiving; the end of that two-week incubation period is this Sunday.

Fever and Headaches, a Runny Nose and Bloodshot Eyes

Zana Cooper, a 60-year-old cancer survivor in Murrieta, California, tested positive for COVID-19 after attending a Thanksgiving dinner with her son’s girlfriend’s family. At the dinner, the girlfriend’s father, who had recently traveled to Florida, wasn’t feeling well and went to bed early.

Cooper learned the following Sunday that he tested positive.

She has had fever and headaches, a runny nose and bloodshot eyes, and in recent days it has become more difficult to breathe and she has been using an inhaler. She said she believes she brought the virus home to her daughter and two grandchildren, who live with her and are now ill with what a doctor diagnosed as COVID-19.

In Philadelphia, a woman in her 20s gathered with 10 relatives on Thanksgiving, though she didn’t feel well the day before. She later tested positive for COVID-19. Her family started developing symptoms, and seven members tested positive, said Philadelphia Health Commissioner Dr. Thomas Farley.

The next round of festivities could yield even more cases. Wall-to-wall holidays started this week. Hanukkah began Thursday evening and ends Dec. 18, followed by Christmas, Kwanzaa and New Year’s Eve.

In parts of New York state, contact tracers are regularly hearing from the newly infected that they attended Thanksgiving festivities, said Steuben County Public Health Director Darlene Smith. Still unknown is how many they will infect and how many eventually will need a bed in intensive care, she said.

Harry and Ashley Neidig, of Shepherdstown, West Virginia, tested positive for COVID-19 last week. They said they believe they contracted it from someone at their jobs as security officers but didn’t know of their possible exposure before they celebrated Thanksgiving with both sides of the family.

On the Tuesday after Thanksgiving, Ashley Neidig, 25, noticed she couldn’t smell a menthol-scented body scrub. After the couple got tested, they contacted their families to warn them. Some were awaiting test results, and so far no one else has had any symptoms, said Harry Neidig, 24.

“We feel bad because … we definitely should’ve put a heavier weight into our decision to go,” he said. “We should have told our family, ‘Hey, given the nature of our job, we can’t quarantine like other people in an office job.’”

He added: “You might want to take another look before you go somewhere for Christmas.”

The surge around the country has swamped hospitals and left nurses and other health care workers exhausted and demoralized.

“Compassion fatigue is the best word for what we’re experiencing,” said Kiersten Henry, an ICU nurse practitioner at MedStar Montgomery Medical Center in Olney, Maryland. “I feel we’ve already run a marathon, and this is our second one. Even people who are upbeat are feeling run down at this point.”

While some hospitals are scrambling to find beds and convert storage rooms and other places for use in treating patients, they are also dealing with dire staff shortages.

These Clovis Restaurants Are Continuing In-Person Dining Despite Lockdown