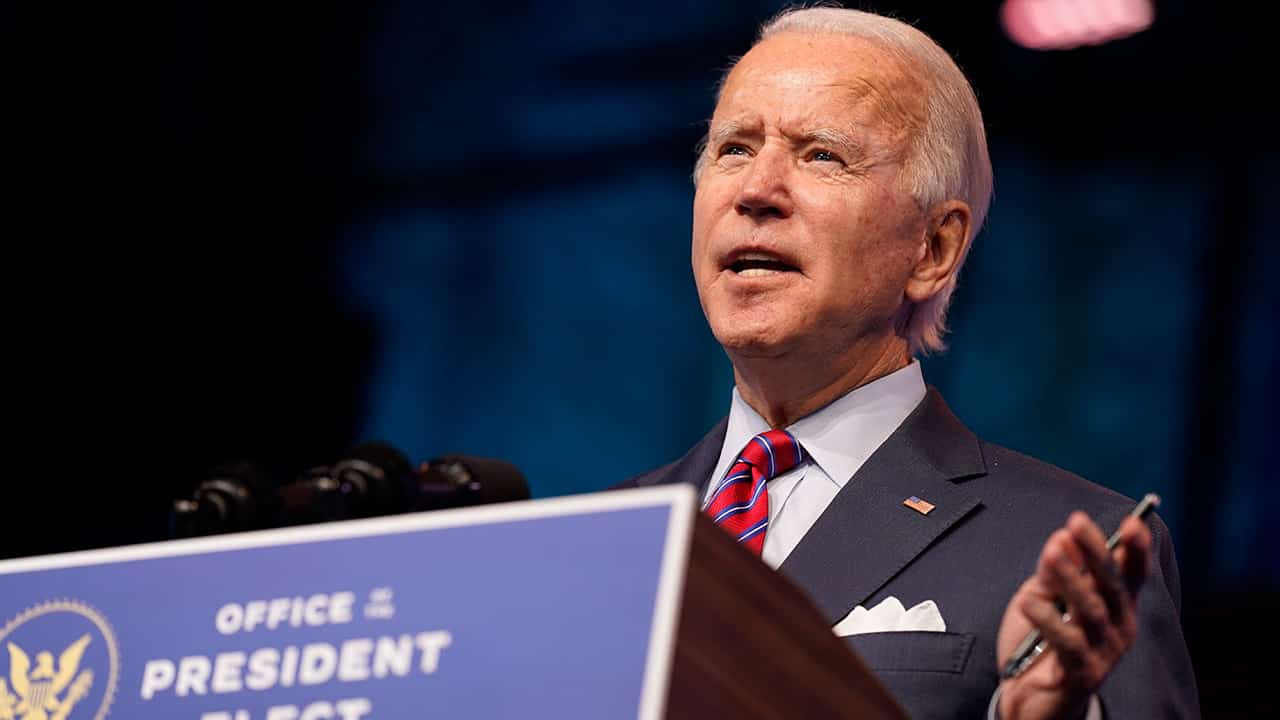 Other than Wisconsin, every state appears to have met a deadline in federal law that essentially means Congress has to accept the electoral votes that will be cast next week and sent to the Capitol for counting on Jan. 6. Those votes will elect Joe Biden as the country’s next president.

It’s called a safe harbor provision because it’s a kind of insurance policy by which a state can lock in its electoral votes by finishing up certification of the results and any state court legal challenges by a congressionally imposed deadline, which this year is Tuesday.

“What federal law requires is that if a state has completed its post-election certification by Dec. 8, Congress is required to accept those results,” said Rebecca Green, an election law professor at the William & Mary law school in Williamsburg, Virginia.

The Electoral College is a creation of the Constitution, but Congress sets the date for federal elections and, in the case of the presidency, determines when presidential electors gather in state capitals to vote.

In 2020, that date is Dec. 14. But Congress also set another deadline, six days before electors meet, to insulate state results from being challenged in Congress.

By the end of the day, every state is expected to have made its election results official, awarding 306 electoral votes to Biden and 232 to President Donald Trump.

The attention paid to the normally obscure safe harbor provision is a function of Trump’s unrelenting efforts to challenge the legitimacy of the election. He has refused to concede, made unsupported claims of fraud and called on Republican lawmakers in key states to appoint electors who would vote for him even after those states have certified a Biden win.

But Trump’s arguments have gone nowhere in court in Arizona, Georgia, Michigan, Nevada, Pennsylvania and Wisconsin. Most of his campaign’s lawsuits in state courts challenging those Biden victories have been dismissed, with the exception of Wisconsin, where a hearing is scheduled for later this week.

Like the others, the lawsuit does not appear to have much chance of succeeding, but because it was filed in accordance with state law procedures for challenging election results, “it’s looking to me like Wisconsin is going to miss the safe harbor deadline because of that,” said Edward Foley, a professor of election law at Ohio State University’s Moritz School of Law.

Judge Stephen Simanek, appointed to hear the case, has acknowledged that the case would push the state outside the electoral vote safe harbor.

Missing the deadline won’t deprive Wisconsin of its 10 electoral votes. Biden electors still will meet in Madison on Monday to cast their votes and there’s no reason to expect that Congress won’t accept them. In any case, Biden would still have more than the 270 votes he needs even without Wisconsin’s.

But lawmakers in Washington could theoretically second-guess the slate of electors from any state that misses the Dec. 8 deadline, Foley said.

Unless Both Houses Agreed to the Objections, They Would Fail

Already one member of the House of Representatives, Rep. Mo Brooks, R-Ala., has said he will challenge electoral votes for Biden on Jan. 6. Brooks would need to object in writing and be joined by at least one senator. If that were to happen, both chambers would debate the objections and vote on whether to sustain them.

But unless both houses agreed to the objections, they would fail.

The unwillingness of Trump and his supporters to concede is “dangerous because in an electoral competition, one side wins, one side loses and it’s essential that the losing side accepts the winner’s victory. What is really being challenged right now is our capacity to play by those rules,” Foley said.

The safe harbor provision played a prominent role in the Bush v. Gore case after the 2000 presidential election. The Supreme Court shut down Florida’s state-court-ordered recount because the safe-harbor deadline was approaching. The court’s opinion was issued Dec. 12, the deadline in 2000.

Vice President Al Gore conceded the race to George W. Bush, then the Texas governor, the next day.

In his dissent, Justice Stephen Breyer said the deadline that really mattered was the day on which the Electoral College was scheduled to meet. Whether there was time to conduct a recount by then “is a matter for the state courts to determine,” Breyer wrote.

When Florida’s electoral votes, decisive in George W. Bush’s victory, reached Congress, several Black House members protested, but no senators joined in. It was left to Gore, who presided over the count as president of the Senate, to gavel down the objections from his fellow Democrats.

Related Topics:CongressJoe Biden
Up Next