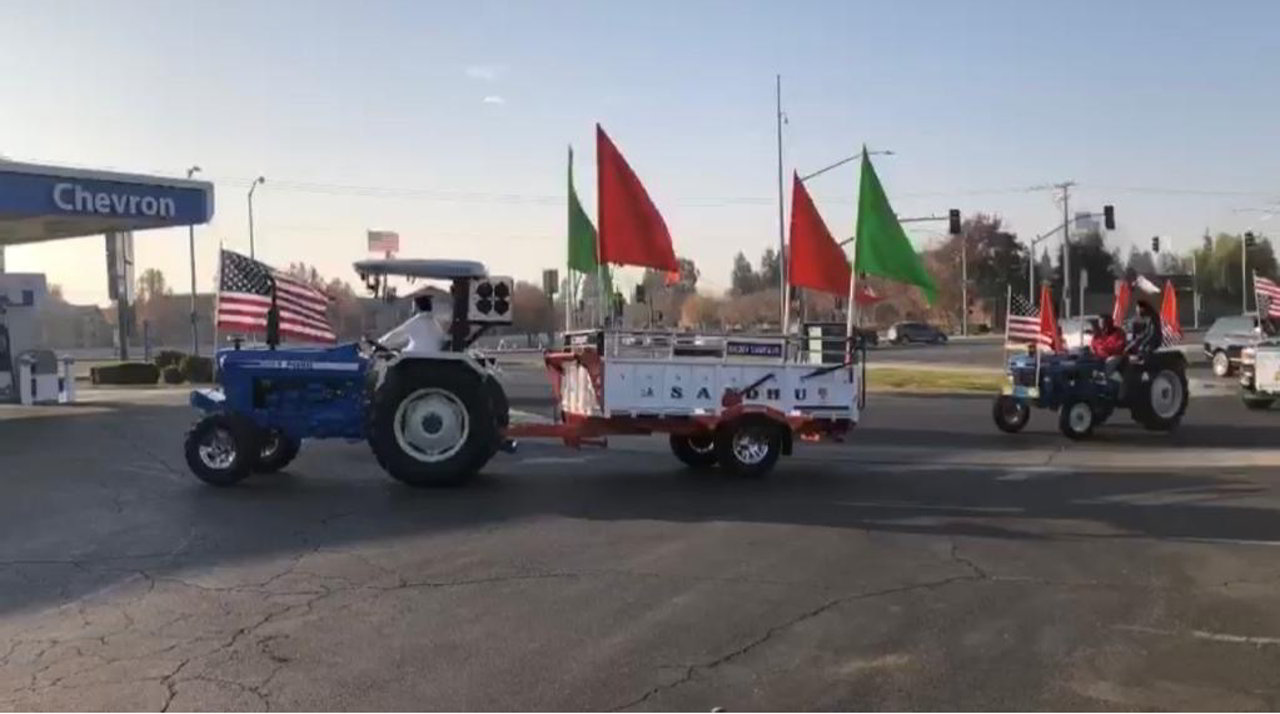 (CBS SF) — A caravan of protesters trying to raise the awareness of a showdown in India between farmers and the government clogged up traffic on the busy San Francisco-Oakland Bay Bridge Saturday afternoon.

In Fresno, a Sunday morning rally of 500 vehicles started at 5165 West Alluvial Avenue and traveled down Herndon and Shaw Avenues. Here is a short video of part of the rally.

Posts on social media show the San Francisco protesters, traveling in a car caravan from around the region, demanding support for Indian farmers who are on strike.

The California Kisaan Solidarity Car & Truck Rally #FarmerProtest was headed to the Indian Consulate in San Francisco, according to social media posts.

Protesting farmers rejected the Indian government’s offer this weekend to hold immediate talks if they ended their blockade of key highways they’ve held as they seek the scrapping of legislation they say could devastate crop prices.

The farmers say the laws could cause the government to stop buying grain at guaranteed prices and result in their exploitation by corporations that would buy their crops cheaply.

We Had the Vaccine the Whole Time

Google Warns All Gmail, Drive and Photos Users – Your Content Could Be Deleted