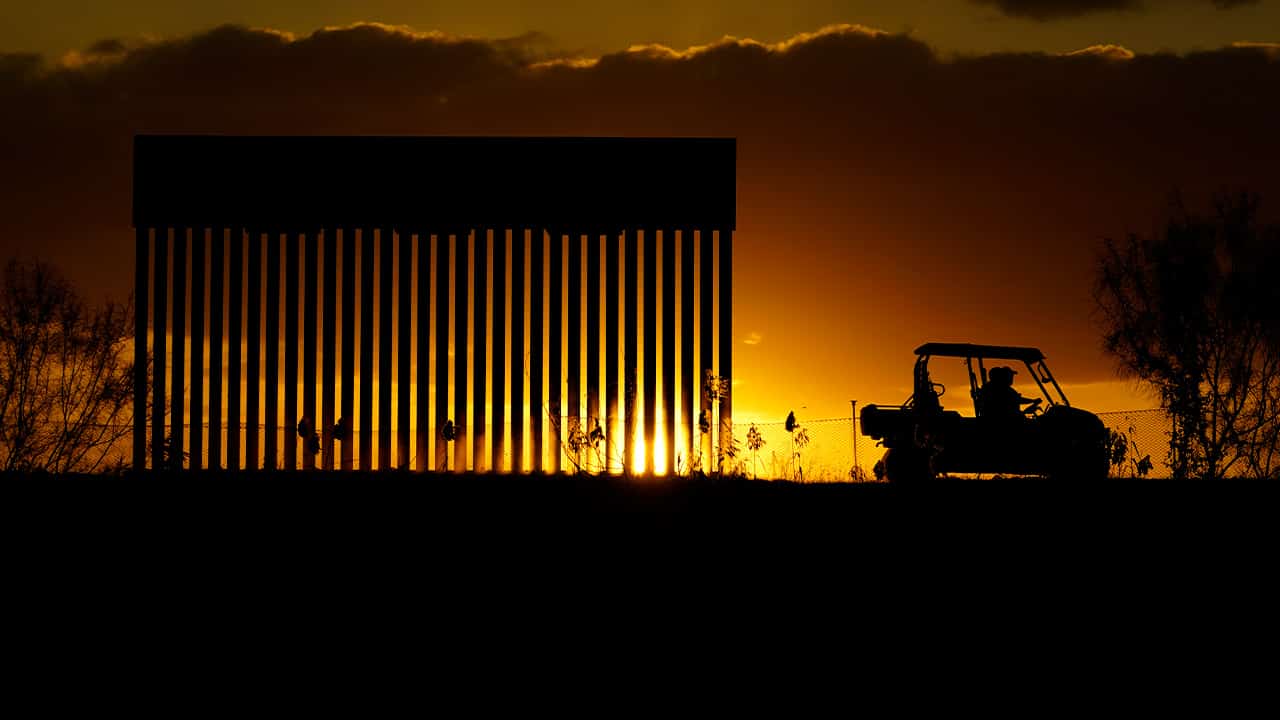 LOS EBANOS, Texas — The U.S. government has been trying to take Pamela Rivas’ land for a border wall since before Joe Biden was vice president.

From a brushy bluff, Rivas can look across the Rio Grande to Mexico on the other side. She spent her childhood fishing on the river. The government wants to bisect this property with steel fencing that would cut her off from the water, paying her just for the strip of land where it would build. In the meantime, the land is under constant surveillance from border agents who drive across it without her permission.

“We’ve been in court for 12 years now,” Rivas said. “It’s devastating. This is my inheritance from my family.”

Biden faces immediate pressure when he enters the White House in January to fulfill a pledge to stop border wall construction. But he also will confront tough choices left behind by President Donald Trump, whose administration has ramped up construction efforts across the Southwest in its final weeks, as well as skepticism about his own record on border walls.

As a senator, Biden voted for efforts to take private land under the Secure Fence Act of 2006. And while he was vice president to President Barack Obama, the government continued building and pursuing lawsuits against border landowners. About 650 miles of barriers were completed under that law through 2011.

“We’re a little less naïve than last time,” said Ricky Garza, a lawyer with the nonprofit Texas Civil Rights Project, which represents Rivas and other landowners. “What we saw 10 years ago was a failure to prioritize the border as an important place where policy was happening.”

Biden will inherit a massive wall-building effort that accelerated in Trump’s final year. Work crews are blasting through mountains and destroying tree-like cactus and other habitat in Arizona and New Mexico. Almost all of the construction under Trump has taken place in wildlife refuges and Indigenous territory that already belongs to the U.S. government. While the work is considered “replacement” of older barriers, crews are removing small vehicle barriers and installing towering steel posts and lighting that are far more restrictive.

Following the Election, the Justice Department Has Continued Suing Landowners in Texas

The Trump administration says it has completed 400 miles and pledged to reach 450 miles by the end of the year. And it has locked in contracts to build hundreds of miles more. More than two dozen projects are underway and contracts are signed with at least five construction companies, totaling $7 billion, according to government figures.

The U.S. Army Corps of Engineers, which oversees construction paid with military funds reappropriated by Trump under a national emergency declaration, “will not speculate on actions the administration may or may not take” and “expects contractors to continue work as obligated under their contracts,” spokesman George Jozens said in November.

Following the election, the Justice Department has continued suing landowners in Texas, with several new cases each week. It has faced the same obstacles as previous administrations in trying to determine whom to sue. Some properties sought for the wall have dozens of potential heirs scattered nationwide.

That work at times has been haphazard, leading a federal judge during one land condemnation hearing to accuse the government of “wasting this court’s resources.”

“You don’t do your work to determine whether people have passed away,” said Judge Micaela Alvarez, an appointee of former President George W. Bush. “You have out cases where you name somebody and then, a month or two later, you come back to court and say, ‘We want to dismiss them,’ because they died two, three, four years ago.”

The week after the election, the government sued Minnie G. Saenz, a 78-year-old widow who was with her son when they learned of the lawsuit from The Associated Press.

Taken together, it will be difficult for Biden to stop immediately.

Biden’s Administration Could Exercise Termination Clauses in the Contracts

He pledged in August to build “not another foot” of border wall and said he would “withdraw the lawsuits.” A spokeswoman for Biden’s transition team, Jennifer Molina, said in a statement this week that the president-elect would end Trump’s national emergency declaration and “invest in real solutions” at the border, such as “smart border enforcement efforts” and “investments in improving screening infrastructure” at official ports of entry.

Molina did not elaborate or answer questions about how Biden would implement a shutdown of wall construction.

Stopping the work could force crews to leave projects half-finished and abandon steel and concrete already purchased. But allowing some construction to be finished well into 2021 could leave Biden open to criticism that he violated his pledge.

Biden’s administration could exercise termination clauses in the contracts. But the contractors could then seek settlements under federal rules, according to U.S. Customs and Border Protection. It’s not clear how much those settlements might cost because the government has not released the contracts.

Gil Kerlikowske, who served as Obama’s CBP commissioner, said he expected Alejandro Mayorkas, Biden’s nominee to lead the Department of Homeland Security, to listen to recommendations from border agency employees who predated Trump.

“You can certainly hit the pause button and say, ‘We’re going to reexamine what’s being done,’” Kerlikowske said.

Trump’s rhetoric about building a wall, often accompanied by nativist attacks on immigrants, obscured what was once a bipartisan consensus on border security, illustrated by Biden’s vote for the Secure Fence Act. Obama and George W. Bush built barriers and added Border Patrol agents, watch towers, blimps and helicopters, and other surveillance technology.

“If you look at it as a whole package, then it makes a lot more sense,” Kerlikowske said.

Some border residents and activists say stopping the wall should begin a reversal of that overall strategy, which they call a “militarization” of borderlands. They argue the government should redirect money to public health and infrastructure, especially given how the coronavirus has ravaged border communities.

“We need to not be trapped and stuck in this idea that we need to seal off the border somehow,” said Garza of the Texas Civil Rights Project.

In Seismic Shift, Warner Bros. to Stream All 2021 Films